By Dan Ambrose: Danny Garcia says he’s ready to resume his ‘career’ in September against Manny Pacquiao or Errol Spence Jr. And, quite interestingly, the former two-division world champion Garcia (36-2, 21 KOs) is still grumbling about his losses to Keith Thurman and Shawn Porter. Garcia hasn’t let go of those defeats and moved on.

It’s safe to say that if Danny gets either of those fights against Spence or Pacquiao, he’s going to have a lot of problems. You can speculate this might be the last world title shot for the 32-year-old Garcia, who hasn’t stepped it up since his bad experience against Shawn Porter in 2018.

Garcia’s flat-footed style is made to order for Spence

With his flat-footed style and slow hand-speed, it’s going to hurt Garcia’s chances of beating Spence and Pacquiao. While those flaws weren’t as big of a problem for Danny when he fought at 140, they’re crippling for him at 147.

At this point, Danny likely wouldn’t be capable of winning a world title at 140 if he moved back down. The champions in that division, Josh Taylor and Jose Ramirez have a lot of talent.

Danny’s best chance of beating Spence is if the 29-year-old is suffering lingering effects from his car crash in October. If Spence is firing on all eight cylinders, Danny is going to be in for a world of hurt in this match.

When was the last time Danny beat a really good contender? 2013 when he edged Lucas Matthysse.

Garcia hasn’t looked like the same fighter since moving up from 140 to 147 in 2015. Though Garcia captured the vacant WBC welterweight title in 2016 in beating Robert Guerrero, he hasn’t beaten anyone good at 147. The two times that Garcia stepped it up against talented welterweight, he was beaten by Thurman and Porter. 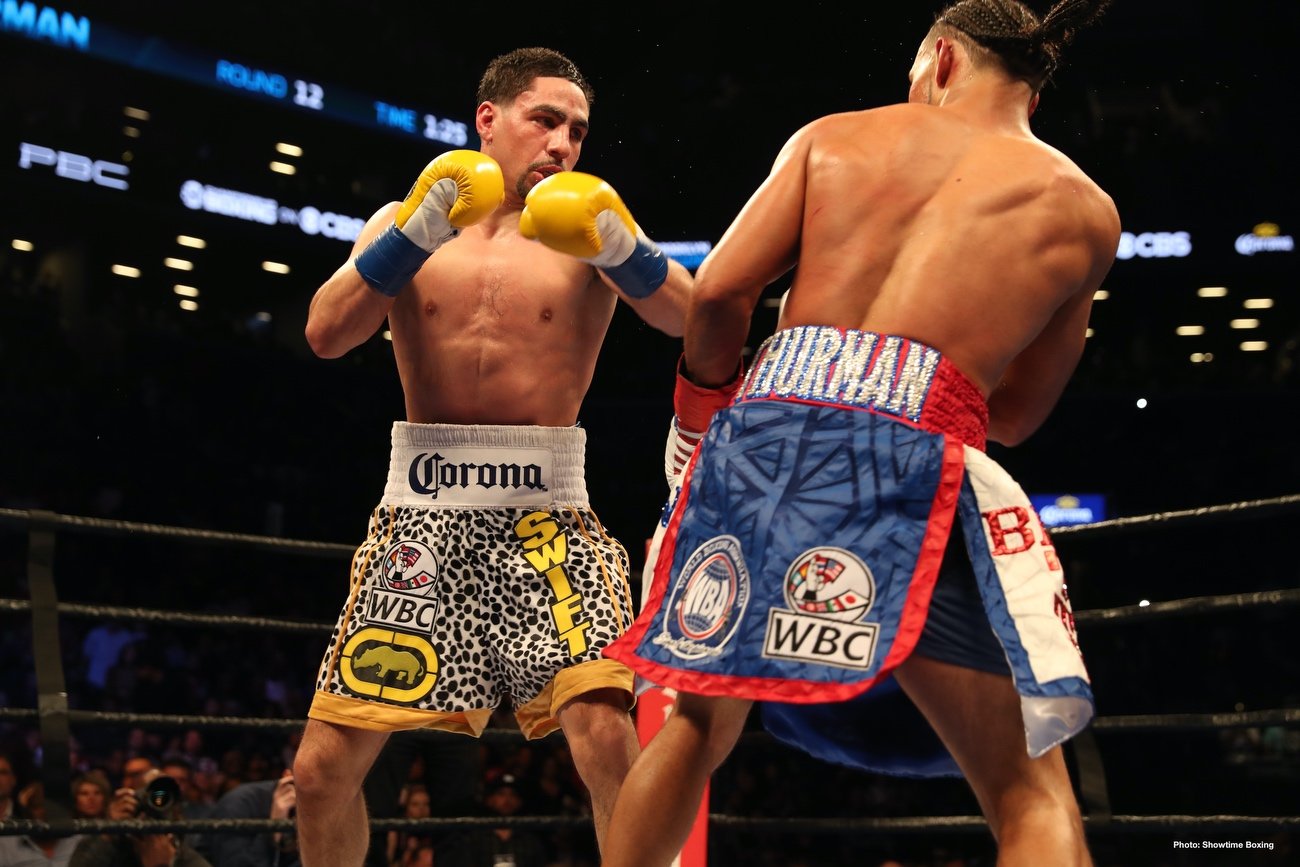 Danny Garcia coming back in September!

“I’m coming back in September. I’ll be back in the ring in September,” said Danny Garcia on his social media site. “The next fight will be in the fall. I’m fighting in the fall. We don’t know yet. It’s either Pacman or Spence. We’re ready for whatever, bro.

“They say they robbed me in two fights. They know what’s up. I don’t have to say too much. Listen, they won the battle, but we won the war. We’re in this long term,” said Danny Garcia bout his losses to Keith Thurman and Shawn Porter.

Well, Garcia does not know when to shut up. For the record, Danny lost decisively to Thurman and especially to Porter, and There was nothing controversial about either of those defeats. Thurman was too fast, too strong, and too smart for Danny, even with an injured elbow.

IBF/WBC Spence (26-0, 21 KOs) is ready to throw Danny a bone by offering him a title shot, which he’s done little to earn.

It would be a welcome change if Danny earned a title shot before fighting for a belt at 147. When Danny won the vacant WBC title in 2016, he’d beaten Malignaggi and Peterson before facing Guerrero for the belt. None of those guys are around at 147 today, but if they were, they’d likely be ranked near the bottom.