‘Ryan Garcia is the NEXT Canelo Alvarez’ – Teddy Atlas

By Aragon Garcia: You can count trainer Teddy Atlas among the many that view the 21-year-old Ryan Garcia as the next Canelo Alvarez for Golden Boy Promotions, and the next star that can take over for him.

Atlas is high on the potential for superstardom for the unbeaten lightweight ‘King’ Ryan (20-0, 17 KOs), and he has a strong feeling that he can be marketed to be a HUGE money-maker with his carer.

At the moment, Garcia wants to challenge unbeaten Gervonta ‘Tank’ Davis (23-0, 22 KOs) for his WBA ‘regular’ lightweight crown when boxing resumes after the coronavirus pandemic ends. It’s a fight that could turn ‘Kingry’ Ryan into an overnight sensation, and potentially put him on the same pedestal where Canelo Alvarez sits right now.

A win like that might even take Ryan Garcia past Canelo, being that the red-headed Mexican star is no longer taking those types of risks with his career at this point.

“Garcia is only 21-years-old and Davis is 25,” said Atlas to THE FIGHT with Teddy Atlas. “The guy I’m going to compare him to is his promoter Golden Boy. He reminds me of a young [Oscar] De La Hoya. He’s build wiry and that kind of build, but he’s a matinee idol. Girls love him.

“He’s a good looking kid, and he says all the right things,” Atlas said about Ryan. “I’m not here to knock Davis, but the truth is the truth. He is the antithesis of the image of Davis. He’s a choir-type kid. I think he’s [Ryan] the type of guy that you wouldn’t be afraid to bring into your house and your family.

“Listen, Davis has a different image now. It’s not Teddy Atlas putting it out there. It’s his actions. I don’t know if it’s indicative of what he is and what he believes in and he wants to live his life. But there’s been damaging video out there of being very aggressive with a woman at some event.

“Over the line aggressive maybe. I’m not going to go any further. That I know about and boxing fans know about. That’s been out there, that’s been seen, and that’s been documented. I would be irresponsible if I didn’t touch on that because this is the entertainment business,” said Atlas. 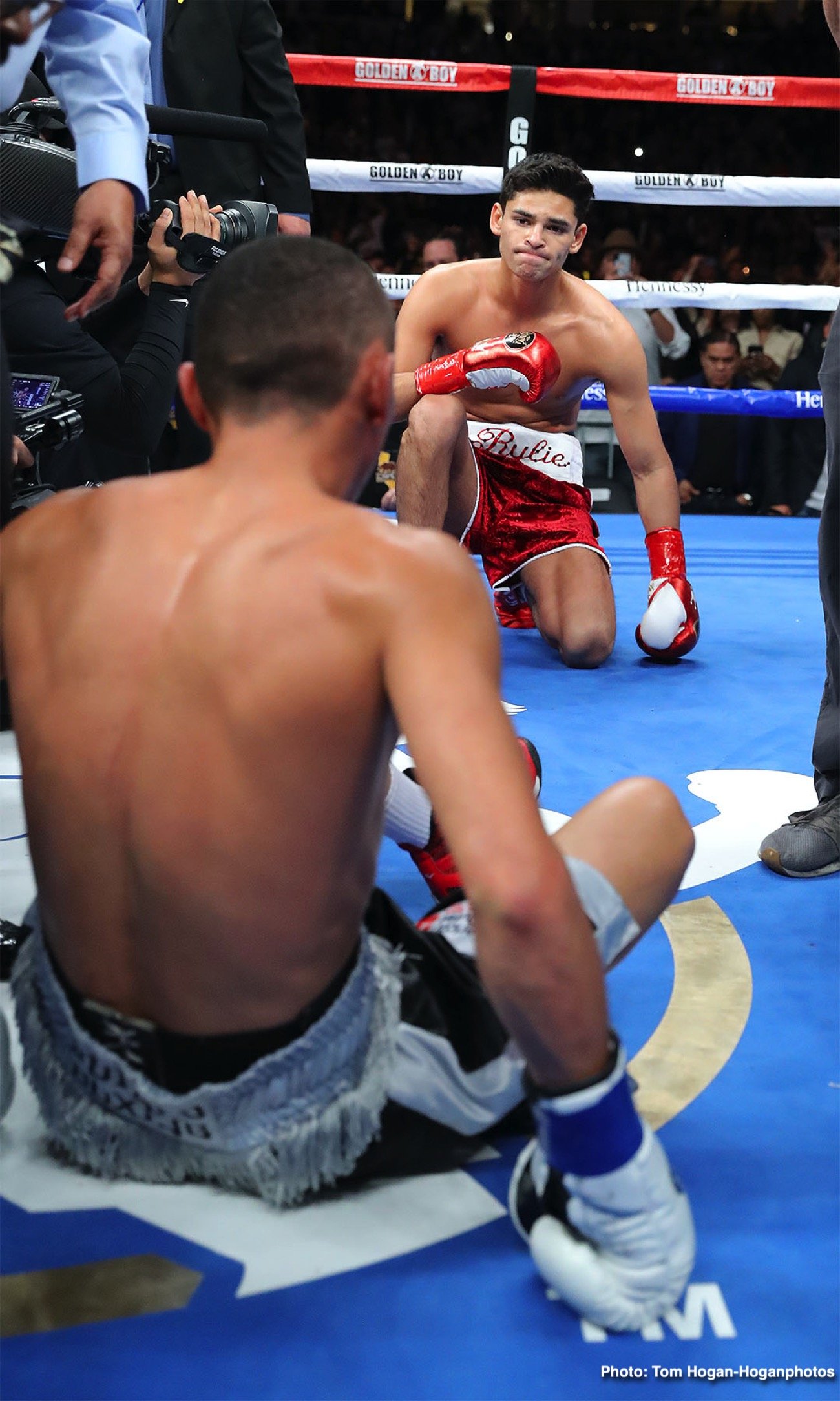 “All you can go by is what you see up to that point. So you have two opposite images here. My first thought is if that fight happens, this could be the savior to Golden Boy Promotions because they’re having on by a thread.

“Do you know the name of that thread is? Canelo. So he’s their Golden Goose, and he can’t fight forever. They had to have someone coming up the pike if they’re going to continue in this business,” said Atlas in talking about the future earning ability of Garcia.

If Ryan can beat the likes of Tank Davis, Teofimo Lopez, and Devin Haney, he can be the next ‘Golden Goose’ for De La Hoya’s Golden Boy Promotions. One big obstacle that Garcia will have in realizing his potential is the politics of boxing. Teofimo and Tank Davis are with different promoters, and they’re going to want to wait a long time before they agree to put their fighters in with Ryan.

What we could see is for Tank and Teofimo’s promoters to wait until Garcia has outgrown the lightweight division, and then ask him to melt back down in weight to make the fight. They may even wait too long like we saw with the Floyd Mayweather Jr. vs. Manny Pacquiao fight.

“He’s a guy that’s undefeated and he scores knockouts just like Davis does. Again, he’s a good looking kid. You can market this kid. And you can build your company around this kid. You can let him be the successor to the throne to Canelo throne. That’s how important this kid is and can be to Golden Boy Promotions.

“He’s their future. If they’re going to have a future, they need this guy to win. I don’t know if they’re going to put him in that fight right now but he might be the next Canelo if he wins and continues winning.

“He can be the next Canelo. What do I mean by that? I mean money, I mean pay-per-view money and I mean a guy that sells. He can be that,” said Atlas in discussing the possibilities involving Ryan Garcia.

Ryan fights on DAZN, and it’s unknown how much money he can make in the future. He’ll need to be able to cross to the other side of the pond to fight guys like Tank Davis, Vasiliy Lomachenko and Teofimo. Those are big fights, but they’ll involve different networks and promoters. It could prove difficult to make those fights.

“Take Davis on the other side,” said Atlas. “He’s got the opposite image, you know? He doesn’t have that clean-cut image. Right now, if you were to build the fight and have a name for the fight, it would be the ‘Choirboy vs. The Thug.’ There would people that would say this guy behaves more like that.

“I don’t know the lifestyle Garcia lives. But what we do know it would be ‘The Villian vs. The Hero’ so to speak. He’s [Ryan Garcia] going to get rid of this bully, this villain and make it a fairytale ending. You might want to have that kind of promotion. Garcia at 21, physically he’s different.

“He’s wiry like I said, and a little bit like De La Hoya. He hasn’t got his man muscles yet. He hasn’t got that maturity yet, whereas Tank Davis is more mature physically. He’s more put together, more solid physically, and again, the 21-year-old [Garcia] hasn’t matured physically yet.

“He may just be a wiry guy. We’ve had plenty of wiry fighters like Zarate, Arguello, Foster, Tommy Hearns. They’re great. Usually, wiry guys can punch. They get good torque,” said Atlas.

Knockout artists Carlos Zarate, Tommy Hearns, and Alexis Arguello didn’t possess the hand speed that Ryann has, and they were different types of fighters. But in terms of Ryan’s physique, he is built in a similar way as those guys are. 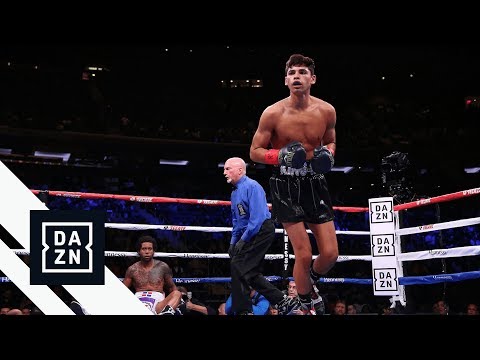