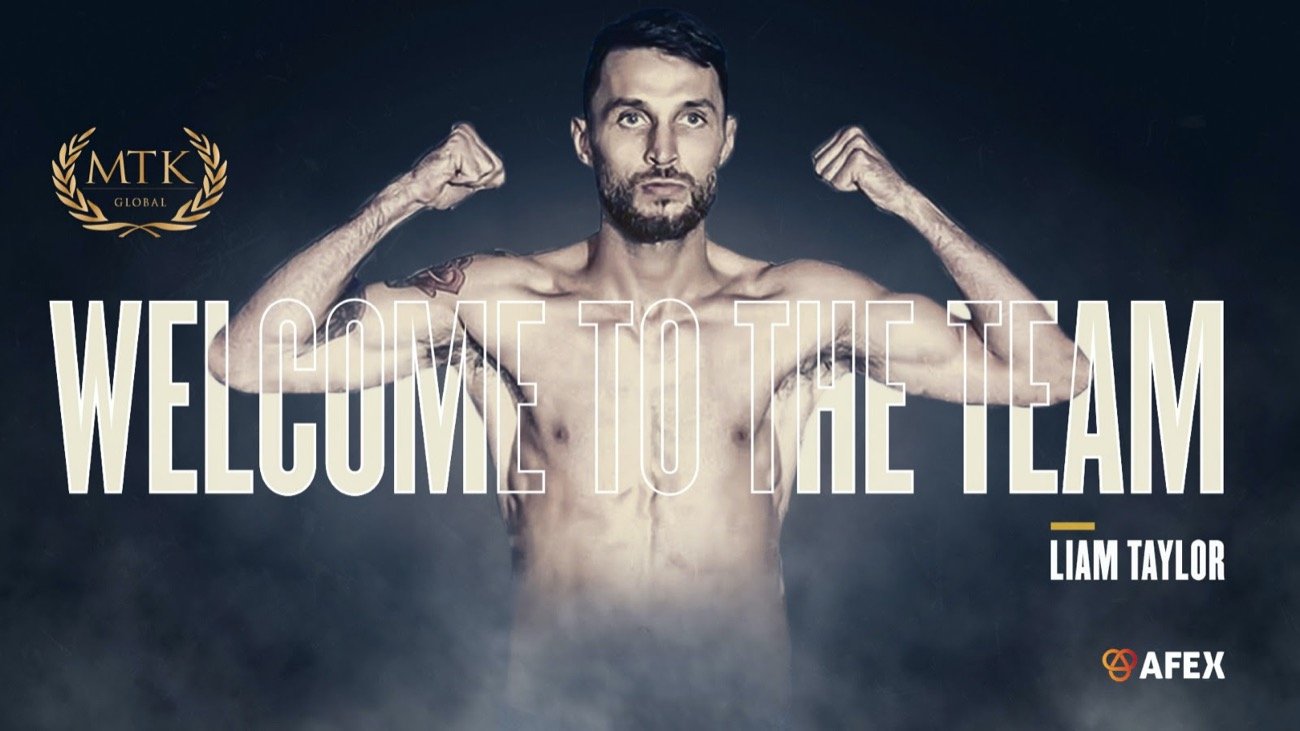 Middleton boxer Taylor (21-1-1, 10 KOs) is one of the best 147lb fighters in the country, having recently fought Chris Jenkins for the British and Commonwealth welterweight titles.

Taylor was controversially denied the win in that fight after it ended in a technical draw, but he’s now excited for the future after teaming up with MTK Global.

He said: “I am happy to be signing with MTK Global. My stablemate Terry Flanagan joined a year ago and has told me how good MTK Global is to work with.

“They put on some great shows in the UK with some top fights and fighters and I am looking forward to mixing it with some of their welterweights. I have ambitions of winning the top domestic titles and testing my ability.

“I am looking to stay active and I’m confident signing with MTK Global will help me achieve this. After an unlucky technical draw in November for the British and Commonwealth title I feel confident that I can take on fighters at British level and above. I am hoping to keep pushing towards the bigger fights I have been working towards.”

Trainer Steve Maylett added: “Liam is excited about the move to MTK Global. For Liam it’s a chance to add structure to his career and give a clearer vision of what route he is going down.

“Signing with MTK Global is a positive move for Liam as it’s a fresh start, and I know they can guide him to titles where his talent lies.”

News on Taylor’s first fight as an MTK Global fighter will be announced in due course.

Shaw boxer Rafferty (12-0, 7 KOs) has looked sensational in his career so far, with four stoppages in his last five fights. He now joins stablemate Terry Flanagan at MTK Global, and is ready to kick on in his career.

He said: “I can’t wait to be a part of MTK Global. I have trained all my life for moments like this.

Joining my teammate makes it even better as we push each other in the gym and are always helping and pushing each other, so under MTK Global we can show everyone what our gym is all about.

“I wouldn’t be in this game if I didn’t think I can be a world champion. I have lots of steps before I get there but I’m confident in me, my team and MTK Global to get me there.”

Trainer Steve Maylett added: “Jack’s looking to showcase his talents on the MTK Global shows. Jack has been fighting on local shows where he has been building his fan base and learning his trade, and those shows have been perfect for Jack as when he came to me he was still very raw.

“That isn’t always a bad thing as it gives you something to work with, and I’ve tried to round of a few rough edges but keep some of the sharper ones. Jack has been performing well and has been stopping some durable opponents which is promising.

“I feel that it’s the right time to start moving Jack on. He’s recently had a lot of interest of managers and promoters but we both felt that Jack’s career would best be guided by MTK Global and we are delighted to have signed with them.”

News on Rafferty’s first fight as an MTK Global fighter will be announced in due course.

Want to join Jack in the world of boxing as a fighter, coach, referee, cutsperson, promoter, event coordinator, journalist and everything in between? Sign up for the #MTKAcademy now: academyse.co.uk/boxing