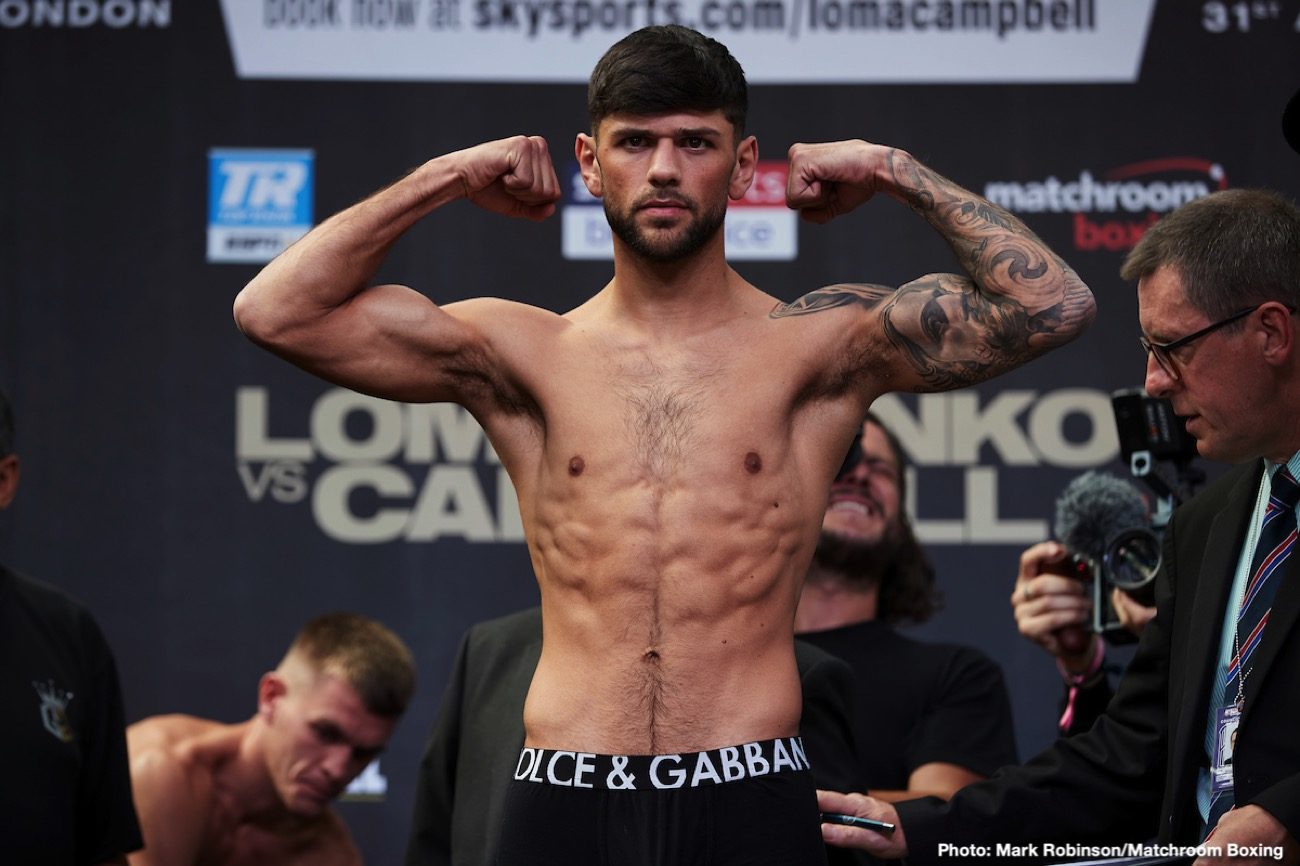 Joe Cordina has plotted his route to becoming a World champion and revealed on Matchroom Boxing’s podcast ‘The Lockdown Tapes’ that he thinks he could be just three fights from ruling the world.

Cordina (11-0 7 KOs) moved down to Super-Featherweight in his last outing in November, where he landed the WBA Continental title with a classy display in Monte Carlo against Mario Tinoco.

The ‘Welsh Wizard,’ who had successfully defended the British and Commonwealth Lightweight titles in August before dropping to 130lbs, is hoping to be in action in July in Cardiff and looking to raise the level of opponents as he hunts World title action. He feels he’s at the right weight to strike gold and land his first World title as a pro very soon.

“Talent-wise, I feel I’m at that top level, if not beyond some of the fighters, but I don’t have the World level experience that they have had yet,” said Cordina. “I’ve had 12 and ten round fights, but it’s in with World-level fights time and again so for me, two, three, four of those fights at that level, I think I’ll be ready to take a title off of one of the big boys.

“We have some names for the possibly July date like Jhonny Gonzalez and Rocky Martinez, ex-World champions and for me that’s where I want to be, that top level and I want to be winning a World title in my next few fights so Eddie did say to me about having a World level opponent next like Gonzalez, then another fight and then the World title by the end of this year but that was before this all happened.

“It’s all been pushed back now, of course, and it will probably be close to ten months since my last fight. So we need to be smart with it, do we take on a Gonzalez after so long out of the ring, but he’s in the same boat, or do I have a more natural fight than him to get back in there, then fight Gonzalez and delay the World title route by a match or two. I have to go back and speak to Tony Sims and see what he wants to do, because like any boxer if you ask if they’re going to fight for a World title next, I’ll say yes get me in there, it’s business not who has reached the biggest pair, so it’s about being smart.

“I felt comfortable at Lightweight like against Gavin Gwynne, not once did I think he’s too strong or this or that, at the same time though he’s British level,” said Cordina. “These World level fighters are the same size as Gavin is, they can bang, and they are going to be more durable.

“I just felt that my best chance of winning a World title now is at Super Featherweight. Don’t get me wrong; I do believe I could win a World title at Lightweight and who knows that I could move up in the future and do it, but at the present moment my best chance is at 130lbs, and I believe that in around three to five fights I will win one of them.”

As well as speaking about his World title ambitions, Cordina talks about sparring Jorge Linares, his amateur days, his faith, family life, Twitter trolls, and much more in the latest episode of ‘The Lockdown Tapes.’

Josh Warrington is the latest guest on Matchroom Boxing’s new podcast, ‘The Lockdown Tapes,’ and he said he is still ticking over as he hopes to meet WBA Featherweight king Can Xu in a unification clash when boxing returns.

IBF champion Warrington (30-0 7 KOs) recently reunited with promoter Eddie Hearn, who revealed on a recent Instagram live session that a deal for a blockbuster unification clash had been signed with the all-action Xu (18-2 3 KOs) before the COVID-19 outbreak put a stop to all sport.

Warrington vs. Xu promises to be action-packed

Leeds’s favorite Warrington hopes that the fight can reignite once boxing is back in business. Warrington believes a showdown with the Chinese star would be yet another crowd-pleasing fight to add to his run of excellent World title wins over the likes of Lee Selby, Carl Frampton, and Kid Galahad.

“I feel like I have momentum with me now,” said Warrington. “I don’t want to have too long out of the ring, but everyone is in the same boat right now. I’m at the highest point and level of buy career, and you want to be as busy as you can be. You have to be 100 percent every time you get in there at this level; you can’t blag it.

“Can Xu was the front-runner for my next fight, and that’s where we ended before this started. Within the space of five days, it went from ‘we could have an announcement’ to ‘it’s not happening any time soon’ because of the pandemic.

“I haven’t been down about it, though; I’ve kept myself ticking over because I think that it’s still going to happen. He’s WBA champion, in his last fight he threw about 1400 punches, he’s a busy guy, and you know what, you want to be part of memorable fights that people are excited about and people talk about and say ‘I’ve watched that fight so many times.’

Warrington surprised by his success

“When I signed the first pro contract, never did I think I’d be at a level where I would be boxing for multiple World titles, Ring magazine belts, getting BoxRec number one t-shirts. Now I am at this level, I think, why wouldn’t I want to take on the biggest challenges? Why not dare to be great and go on to these big fights? If I had it my way, I would fight champion after champion after champion. You just want to be part of exciting fights.”

Warrington also talks about how he is coping with the lockdown, reminisces about his huge wins over fellow Brits Lee Selby and Carl Frampton, the prospect of fighting in America, his vast fanbase, and pays tribute to Leeds United great Norman Hunter.