Jarrell Miller: ‘Id have put Anthony Joshua in a casket’

By Charles Brun: Jarrell ‘Big Baby’ Miller says he would have given Anthony Joshua a worse beating than Andy Ruiz Jr. had he fought him last year in June. The 6’4″ Miller, 31, still wants to fight Joshua and he believes he’ll put a hurting on him when the time comes for them to fight.

As boxing fans already know, Miller (23-0-1, 20 KOs) was supposed to face Joshua in June 0f 2019 in New York, but he tested positive for a banned substance and was replaced by Ruiz. Since that fight, the 300+ pound ‘Big Baby’ Miller has been inactive.

Miller wasn’t surprised that Joshua lost to Ruiz because he saw him as a flawed heavyweight, who had been gifted a gold medal in the 2012 Olympics in London, and fed inferior opposition through the first half of his pro career.

“I would have put Anthony Joshua in a casket,” said Jarrell Miller to Behind The Gloves. “I would have put a hurting on Joshua so bad that he’d never look in my direction again. So I had his number. A lot of people don’t know that andy Ruiz asked me to come out for sparring.

“But what I needed him for. Joshua tried to mix it up with Andy, and he cracked his behind. If he [Joshua] had fought me, I would have put way more hurt on him,” said Miller.

It’s entirely possible Miller would have done the same thing to Joshua that Miller did, as AJ was carrying around too much muscle a year ago. Back then, Joshua was still fighting with a lot of aggression, and he would have wanted to mix it up with Miller in the same way he did against Ruiz. In a war of attrition, Miller would have worn Joshua down and stopped him with his superior stamina. 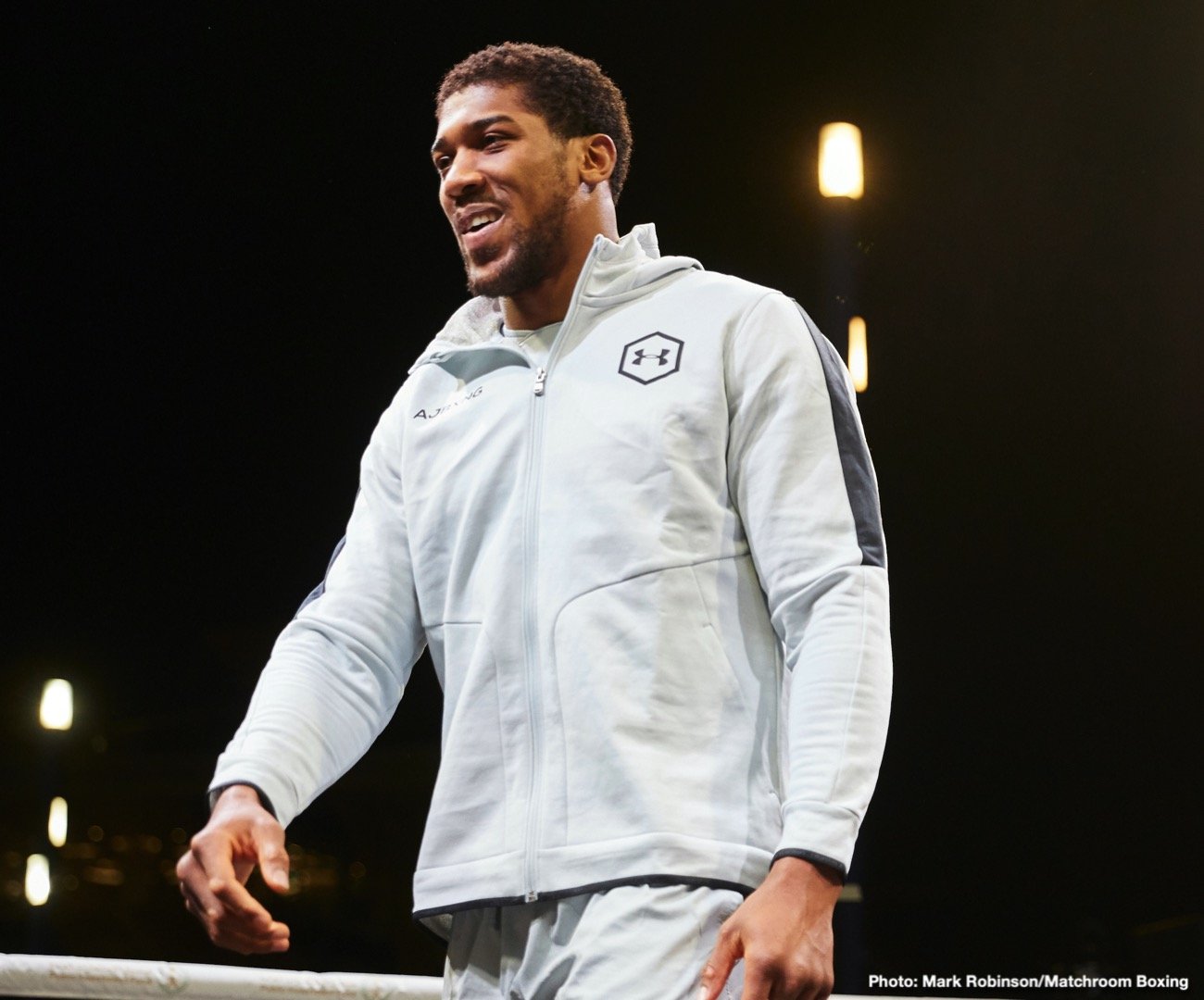 Miller: I would have hurt Joshua

“My thing is this. People don’t want to look at the facts,” said Miller on Joshua. “In a lot of fights in the Olympics when they fought in London [in 2012], and AJ won, a lot of those fights were given to him as gifts.

In his first 12 to 13 fights, they were gift fights. It wasn’t against durable guys or guys from America or guys that were seasoned or journeymen. When Joshua turned pro, he was in the 220s. Then he bulks up to 250s. That’s not his natural weight. How did he get so big? Who knows. Protein shakes. So you’re going to go from 250 to 265 to fight a guy like me.

“Nobody walks around at 300 pounds. I can run a six-minute mile at 280 pounds. He’s never done that before. So how can he fight someone in his weight class where I’m more comfortable at? His best chance was to be lighter. 230 or 225, and I still would have backed him up and hurt him.

“So for him [Joshua] getting bigger for me would have been the dumbest thing that he could have ever did. Look at Andy [Ruiz]. Andy is still a bigger guy. It’s never about the weight. It’s about the styles, and styles make fights. I don’t think the weight would have made a difference.

The muscle weight that Joshua was carrying in 2019 would have made it difficult for him to handle the fast pace that Miller would have set. Joshua came into the ring against Ruiz Jr. at 247 pounds, and it was too much weight for him to carry in a fight that turned out to be a brawl.

Joshua ran against Ruiz in the rematch

“He ran,” said Miller of Joshua’s performance in second Ruiz fight. “That was a confident performance. That was more of an ‘I’m a chicken, so I’m going to stay on the run.’ It was one of those types of fights. He did what he had to do, but a lot of people in America weren’t impressed with him,” said Miller.

‘Big Baby’ Miller is correct about U.S boxing fans not being impressed with the way that Joshua fought Ruiz Jr. in their rematch on December 7 in Saudi Arabia.

Joshua emulated Wladimir Klitschko with the way he fought, and a lot of Americans hated the boring safety-first style that the Ukrainian fighter used during his career. It worked for Joshua to use that style against Ruiz, but it might not have had he come in lighter in the 250s.

Ruiz Jr. weighed 283 pounds for the rematch with Joshua, and he was far too heavyweight to cut off the ring and force him into prolonged exchanges.

“Fury,” said Miller when asked who wins between Tyson Fury and Joshua. “More heart, more durable, use his jab better, and technically more sound guy. He’s really awkward. I’ve sparred Tyson before, and Tyson couldn’t do anything to me. Tyson says, ‘I dropped him seven times.’ That’s the biggest load of s*** that I’ve ever heard in my entire life.

“But Tyson was coming off of a layoff, and he was looking to get hot again. I get it. Me and Tyson are cool, but I get it. It’s not true. I’ve never been dropped in sparring in my entire life. That was the biggest load of crap I’ve heard in my entire life. Tyson is one of my favorite heavyweights.

“Not only is he a good fighter inside the ring, but he’s a good person outside of the ring. When it comes to boxing, and you sign the contract, I’m going to beat your behind. It’s war. Outside of that, I’m cool. We all can’t be friends. Some of us have got to hate each other,” said Miller.

Most boxing fans would agree with Miller right now about his view that Tyson Fury will beat Joshua based on how the two of them looked in their last fights. You can’t rule out a victory for Joshua, though, considering he’s an excellent inside fighter and he’s got a great jab.

The mobility that Joshua showed against Ruiz and Joseph Parker would give Fury problems. Fury wouldn’t be able to count on Joshua standing directly in front of him for 12 rounds like he did against Deontay Wilder.