By Charles Brun: Eddie Hearn USED Dillian Whyte as a test fighter against other heavyweights, according to Gerry Cooney. He thinks that Hearn should have given Whyte (27-1, 18 KOs) a shot at a world title a long time ago, and he should stop making the 31-year-old wait.

With Whyte signed to the same promotional company as IBF/WBA/WBO heavyweight champion Anthony Joshua, Hearn could have given Dillian his title shot against him.

Has Hearn protected Joshua from Whyte?

Some boxing fans believe that Hearn has purposefully kept the two fighters from facing each other for fear that Whyte would upset the gravy train by beating Joshua (23-1, 21 KOs).

AJ brings in massive money each time he fights, and it would be bad if Whyte were to knock him out the way that Andy Ruiz Jr. did last June in New York.

Rather than Whyte being used to test other heavyweights, as Cooney believes, he seems to have been moved in a different direction as Joshua in going after the WBC title previously held by Deontay Wilder. Whether that was Hearn who made the decision for Whyte to target the World Boxing Council title is unclear.

In hindsight, it was a waste of time for Whyte to go the WBC route, as he’s used two years of his career spinning his wheels without getting a shot at that belt. At some point, Whyte should have cut his losses and moved on and put pressure on Hearn to schedule a fight between him and Joshua.

Someone should have spoken to Whyte in 2018 and told him to forget about attempting to get a title shot against former WBC champion Wilder because it would involve too much time waiting.

Whyte hasn’t fought anyone that Joshua wouldn’t have as far as Cooney’s comment about Whyte being used to test other heavyweights, it wouldn’t be to protect Joshua.

These are the  best heavyweights Whyte has fought:

The rest of the guys Whyte has fought have been lower-level fighters, who lacked talent. There’s not much testing Whyte has done in facing those heavyweights. Those matches appear to have been made in order to interest the UK boxing fan in watching Whyte compete on PPV.

“Dillian Whyte is the guy who I’ m sorry to say Eddie Hearn use to test all these other guys out, and he succeeded, and he got all those tests and won all those fights,” said Cooney to IFL TV. “Give him a shot for crying out loud. Stop making him wait.

“He’s put up with it. I’d be angrier, but I guess it don’t lead you nowhere. He deserves the shot with Joshua with Fury with Wilder. He wants everybody. So hopefully, he wins his next fight whenever he fights,” said Cooney.

Hearn should have matched Whyte with Joshua in 2016 after AJ won the IBF heavyweight title in beating Charles Martin. There was already a huge demand from British boxing fans in seeing Whyte and Joshua fight a rematch.

Joshua knocked out Whyte in the 7th round in December 2015 in a competitive fight. In round two, Whyte had Joshua hurt after he landed a concussive left hook to the head. Unfortunately for Whyte, he had nothing left after round two due to his energy expenditure during the round.

Whyte does deserve a world title shot, but it’s also understandable why he’s failed to get one with the direction he’s taken. Wilder never showed interest in facing Whyte, so it was always going to be a problem getting a title shot against him.

One BIG mistake that Whyte made that hurt his efforts to get a title shot was choosing not to fight in a WBC title eliminator against Luis Ortiz when the fight was ordered in 2018. If Whyte had taken that fight, he would have been the mandatory.  By now, Whyte would have already fought for the WBC title. 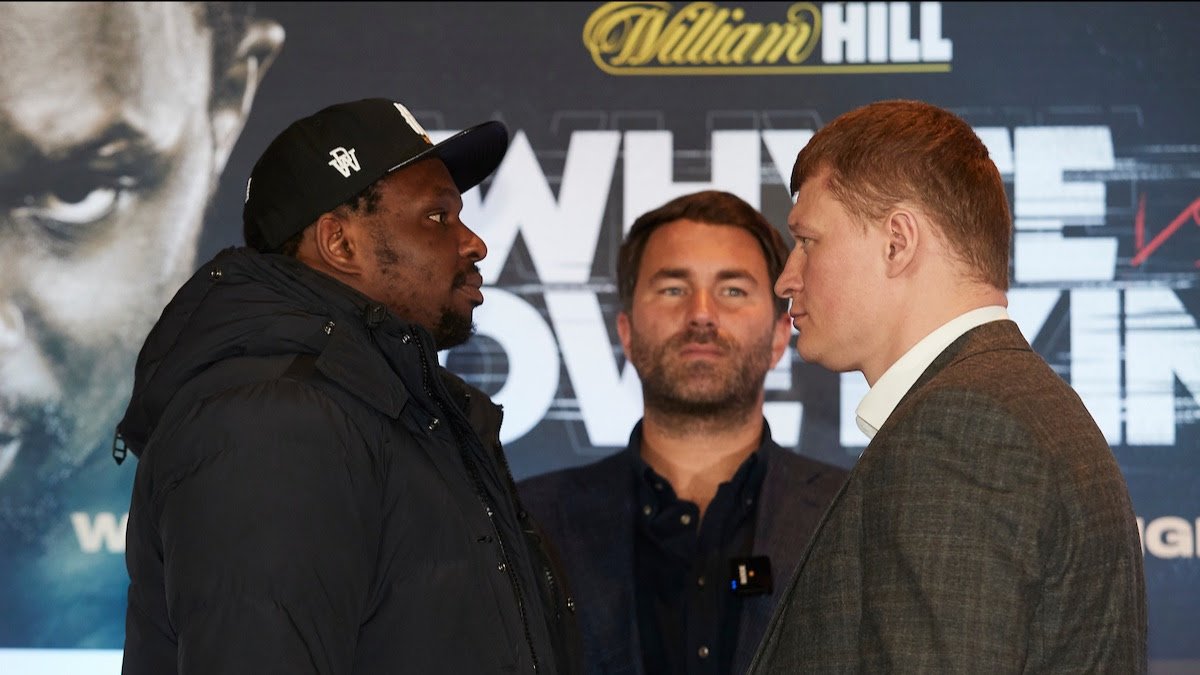 Usyk has a lot of question marks

“I want to see Usyk go against one of these guys,” said Cooney. “There’s so many matchups that can happen. I’d like to see Usyk and Dillian Whyte. Dillian Whyte should have made it already. He deserves the shot. I think he can beat a lot of those guys. He’s a tough, durable guy,” said Cooney about Usyk.

“We don’t know how he’s going to take a shot from a real heavyweight when a guy like Andy Ruiz catches him with a shot or one of those guys catches him. So it’s there for the taking,” said Cooney.

Former unified cruiserweight champion Oleksandr Usyk (17-0, 13 KOs) doesn’t appear to have the size, power, or the speed to beat the bigger heavyweights in the division.

Usyk has fought just once at heavyweight last October in defeating an out of shape 38-year-old Chazz Witherspoon, and he didn’t look exceptional in that fight. Before moving up to heavyweight, Usyk had problems beating former WBC cruiserweight champion Tony Bellew. The punching power of Bellew gave Usyk headaches.

At the most, Usyk can probably beat the smaller heavyweights like Michael Hunter, but not the bigger guys like Whyte, Parker, Daniel Dubois, Joshua, Andy Ruiz Jr., or Tyson Fury.

Usyk is the WBO mandatory, so he’s going to get a title shot, as long as he beats Chisora. Once Usyk gets his title shot against Joshua or Fury, he’ll likely lose badly, and then drop back down in the pack where he belongs.

Usyk never earned the title shot in the first place by fighting a top heavyweight in a title eliminator. He’s only getting the title shot because he used to hold the WBO cruiserweight title.

“I want to see Ruiz against Kownacki,” said Cooney. “And I want to see that fight. I want to see those two fight off. That’s a shame. Ruiz going into the fight was 15 pounds against Joshua, and not being in shape. He was following him around the ring and not cutting the ring off. You’re the heavyweight champion of the world.

“At the end of the fight, he was starting to try and land some combinations, but I still think he needs some work. We’re going to see how those guys unfold. But it’s so great to be in our seats right now,” said Cooney.

Well, Andy Ruiz Jr. is NOT going to fight Adam Kownacki. The talk is that Ruiz will take a soft opponent in his next fight, and then face 41-year-old Luis Ortiz. If Ruiz wins that fight, he’ll likely get another world title shot. It would be good if Ruiz had to beat someone like Whyte to get another crack at a world title, but that’s not going to happen. Ruiz already had a chance to fight Whyte, and he didn’t take it. 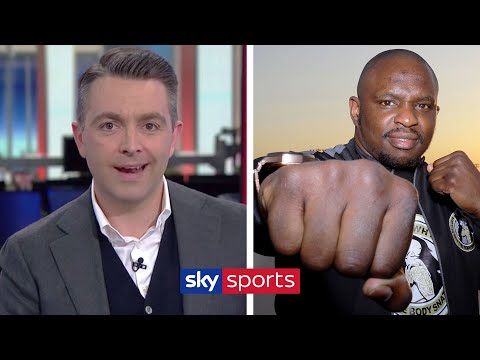