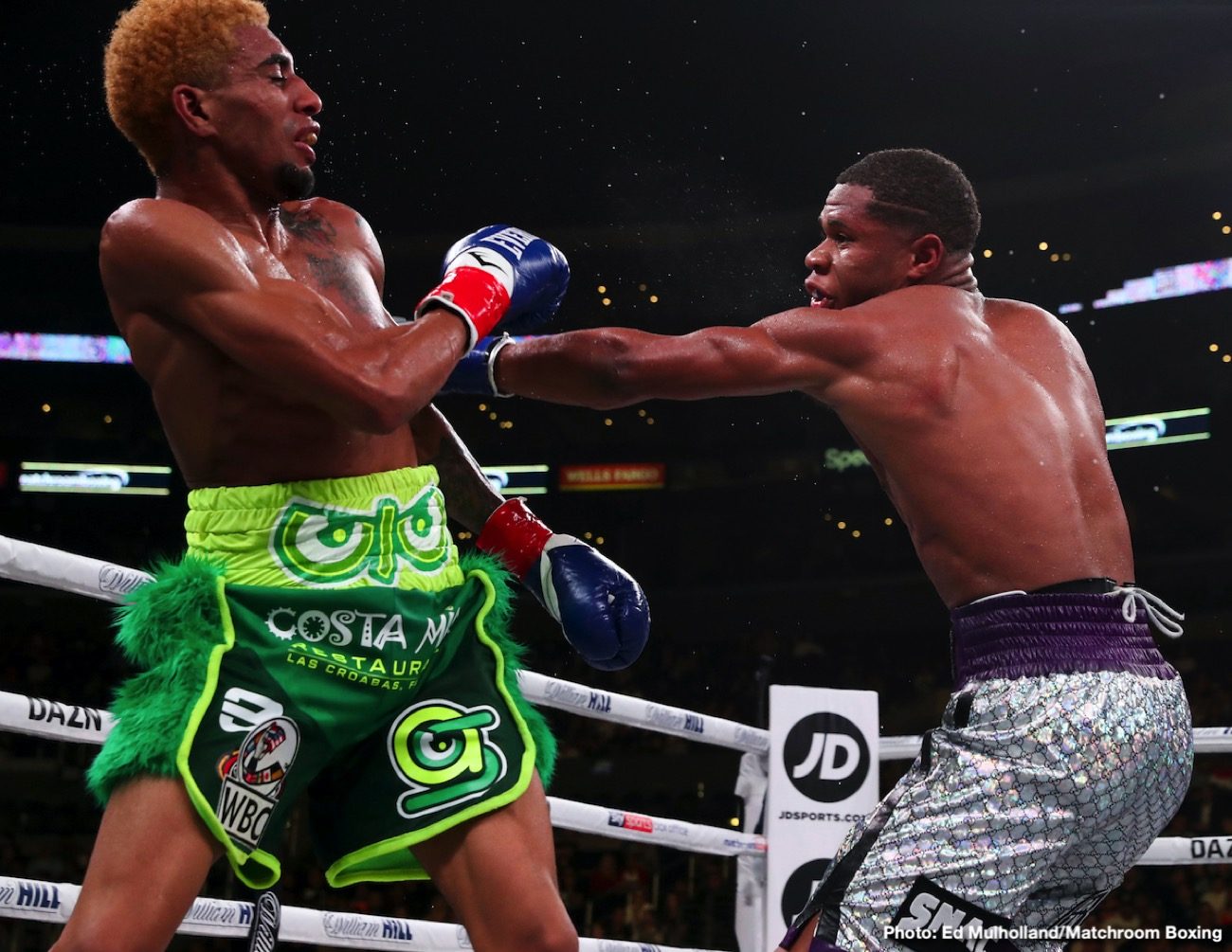 Haney is itching to get back into the ring and resume his reign as WBC Lightweight champion having been made champion in recess after suffering the shoulder injury in his first defense against Alfredo Santiago in Los Angeles in November that forced him to have surgery.

The 21 year old talent will be knocking on promoter Eddie Hearn’s door to headline once again when boxing returns from the hiatus during the COVID-19 pandemic and build up to the massive clashes he’s been craving.

One of those clashes would be with Garcia, whom he went toe-to-toe with following Garcia’s one-punch KO win in the first round of his clash with Francisco Fonseca in Anaheim in February. Haney also had a friendly but feisty exchange with former two-weight World champion and Golden Boy Promotions partner Bernard Hopkins backstage over the potential battle, and Haney told Chris Lloyd in the second episode of ‘The Lockdown Tapes’ that a future showdown with Garcia is inevitable.

“We boxed a lot in the amateurs, so we have a lot of history,” said Haney. Ryan and I have always been advanced for our ages since we were young. He’s always been my rival, it’s always been him and me going at it, I think I was nine in our first fight and he was my second to last amateur fight.

“Ryan’s good and he’s improved in the pros, training with Eddy Reynoso and the Canelo team. He’s getting better with every fight and his talent speaks for itself.

“I have a lot of respect for Bernard and he was just doing his job. When I get a little rowdy with him, I’m just messing because I know what they have set for Ryan and I don’t think they have any intentions of fighting me, at least Golden Boy don’t right now, but Ryan would fight me.

“I want to make the biggest fights happen and if it’s up at 140lbs I’ll gladly go up and take it. A fight with Mikey Garcia, Adrien Briner, those are the big fights there. But Lightweight is where I am campaigning and I’m looking to win more and more World titles.”

Along with his thoughts on Garcia, Vasiliy Lomachenko and Teofimo Lopez, Haney gives updates on his rehab, a tribute to Roger Mayweather, how long he wants to be in the sport for and advice to fans on staying fit and healthy during the lockdown.