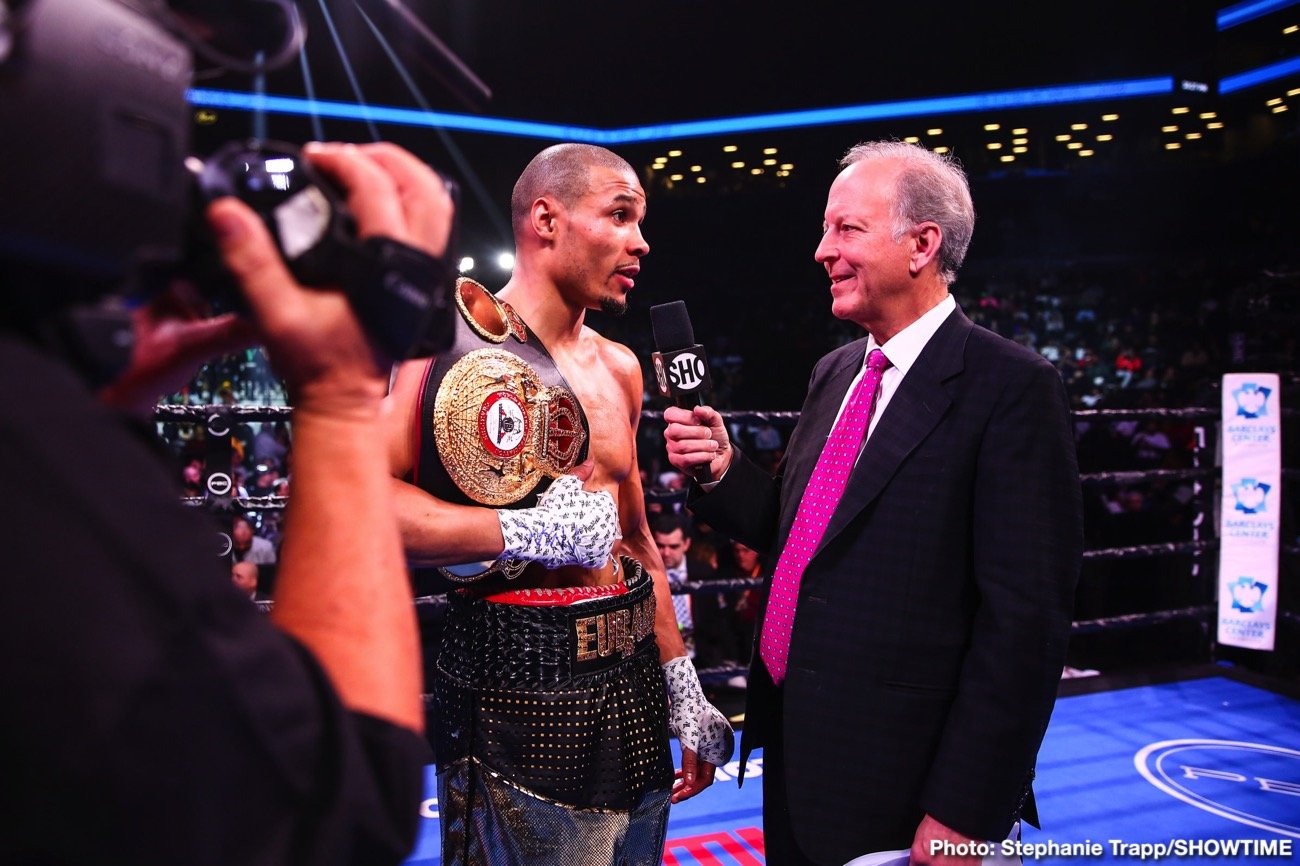 By Charles Brun: Chris Eubank Jr. and Billy Joe Saunders both went at it on social media on Wednesday. Eubank Jr. started things off ripping into the WBO super middleweight champion Saunders (29-0, 14 KOs) over his recent disgusting video of him advising men how to beat their women.

The video has gotten Billy Joe into hot water with the public and BBBofC, and he’s currently on suspension as a result. However, Saunders is still under contract to fight Canelo Alvarez, and that fight will be out of reach of the British Boxing Board of Control.

Even if the BBBofC gives Saunders a one-year suspension, he can fight in the United States against Canelo and they won’t be able to stop it.

In response to Eubank’s criticize of him, Saunders posted a picture of him moments after his 12 round split decision win over him in November 2014. Saunders wanted to remind Eubank Jr. that he beat him.

Eubank: How many chances is Saunders going to get?

So @bjsaunders_ a women beating, COVID-19 hoaxing, drug abusing, police impersonating Moron… oh yeah paid a vulnerable women to punch an innocent man in the face as-well. How many more chances is this idiot going to get before his license is taken away for a good amount of time

As fighters at the top we have the kids looking up to us, copying what we do inside & outside of the ring. Having @bjsaunders_ as a representative of boxing is an injustice to all women suffering in abusive relationships & to the kids who look to learn from us as ambassadors.

Saunders, 30, has apologized for his video, but he’s still taking a lot of criticism from fans. Again, any suspension that the BBBofC that they give Saunders will only hold for fights in the UK.

Moreover, there’s a good chance that the major portion of any suspension handed down right now of Saunders will be consumed almost entirely during the coronavirus pandemic, and boxing is completely shut down now.

For example, if the BBBofC gives Saunders a six-month suspension, that could be toothless if boxing is shut down the entire time by the COVID 19 pandemic. The only that a suspension would have meaning is if it’s a 1 to 2-year penalty. That won’t do anything now that Saunders is fighting in the United States. His last fight against Marcelo Esteban Coceres took place n Los Angeles last November, and his contest against Canelo will take place in Las Vegas.

Canelo should walk away from Saunders fight

“Billy Joe Saunders is finding himself in hot water once again. The reigning super middleweight champion was suspended by the British Boxing Board of Control after posting a video of him hitting a heavy bag and describing it as how a man can hit his wife if she’s nagging too much during quarantine,” said Chris Mannix to DAZN. “Saunders is tentatively scheduled to fight Canelo Alvarez at some point when the coronavirus threat lifts.”

“Someone needs to take away the special media account of Saunders because he’s just not good at that, and Canelo needs to move on. Everyone wants the trilogy [between Canelo and Gennadiy Golovkin], that’s it. Move on and go into the fall and go into September with GGG, let’s get it on,” said Mora.

“Yeah, I’m with you that Canelo should walk away, and the British Boxing Board of Control’s suspension really doesn’t have a lot of teeth when it comes to overseas fights,” said Mannix on Saunders. “They can keep Billy Joe Saunders from fighting domestically, theoretically anyway, but they can’t stop him from fighting in Las Vegas, which is where he would fight Canelo if that fight were to materialize.”

Canelo only has a handful of fighters for him to compete against with DAZN, so he’s probably not going to want to walk away from the Saunders fight. It’s easy money for Canelo. These are Canelo’s other options with DAZN:

Saunders keeps getting in trouble

“But Billy Joe keeps putting his foot in his own mouth, and he keeps being incredibly self-destructive,” said Mannix. “It was a couple of years ago that he was caught on tape offering a homeless woman crack cocaine in exchange for hitting a passerby.

“If Billy Joe wants to blame somebody, he only has to blame himself. If I’m Canelo Alvarez, I think I’d do the right thing by punishing Billy Joe Saunders by walking away and forcing him out of a career-high payday,” said Mannix.

“Yeah, you punish him that way, you punish him with money and don’t give him the opportunity for a mega-fight, a fight that he’s needed and been asking for a long time,” said Mora on Saunders. “Billy Joe Saunders is his own worst enemy.

“Besides that homeless situation, didn’t he get in trouble for throwing a piece of chicken at Deontay Wilder as well? He’s just not good with social media, he’s not good at promoting himself in a decent manner, and that’s why he’s hindering himself. He’s his own worst enemy,” said Mora.

Saunders’ sense of humor is causing him loads of problems, and it might not help him if he deletes his social media account. He can still upset people during interviews if he starts speaking bluntly. 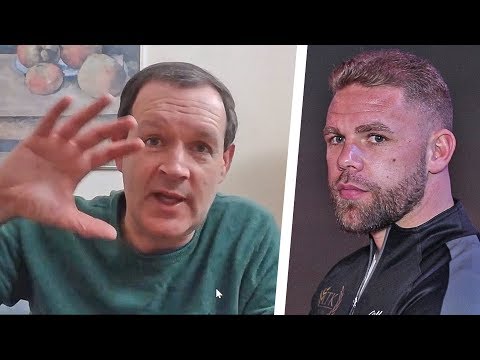