Canelo Alvarez vs. Jermall Charlo being HYPED by Bernard Hopkins

By Barry Holbrook: A unification fight between Jermall Charlo and Canelo Alvarez much interests Bernard Hopkins of Golden Boy Promotions, and he believes it can happen soon.

Charlo is the purest puncher in the middleweight division by far, and the most dangerous for the 5’9″ Canelo.

Jermall Charlo with a lot of weapons

Charlo (30-0, 22 KOs) holds the WBC middleweight title, and he’s looked unbeatable in the lately with wins over Denis Hogan and Brandon Adams. In a massive sign of respect, Canelo (53-1-2, 36 KOs) DUCKED Charlo when the World Boxing Council elevated him to WBC ‘Franchise’ middleweight champion when Jermall was his mandatory.

Had the WBC not done that, Canelo would have been forced to either face Charlo or vacate the title and look bad. Instead, Canelo agreed to take the ‘Franchise’ tag, and yet he still ended up looking like he avoided the American Charlo.

With Charlo’s power and size, he could take Canelo out if he opens up on him with a sustained flurry of shots. We saw how Sergey Kovalev had Canelo looking in bad shape in the 8th round last November. Charlo is huge for a middleweight, and he might be too much for Canelo.

Hopkins views Charlo vs. Canelo as a match that a lot of boxing fans will be anticipating. In contrast, Hopkins has NO interest in seeing Canelo face IBF middleweight champion Gennadiy Golovkin a third time.

In Hopkins’ mind, Canelo will knock Golovkin out this time. Hopkins thought the first Canelo vs. GGG was dull, and the second one wasn’t that great either.

Although Hopkins doesn’t say what bothered him about the two fights, it’s clear that they were tactical chess-matches. Canelo and Golovkin didn’t slug it out the way the fans had hoped for. They both chose to box, and both fights failed to deliver the goods.

“Heavy, heavy, heavy; that fight there, whoever is not on their game, they’re going to an experience an ‘L,’ or a knockdown, drag-out style of ending,” said Hopkins on Golden Boy Promotions LIVE Instagram about a fight between Canelo and Jermall Charlo. ”

“That fight right there is a build-up in less than a year and a half or sooner. That’s a fight that I believe is going to materialize as a fight that everybody is going to be asking for,” said Hopkins on the Canelo vs. Charlo fight.

“That fight there. Both of those guys have weapons in their arsenal that are dangerous and deadly for anybody in that weight division. Good choice,” said Hopkins.

It would be suitable for Golden Boy Promotions to make the fight between Canelo and Jermall as soon as they can. With Canelo already talking retirement in six to seven years, they can’t wait because he could start going downhill more quickly.

This isn’t a fight where Canelo and Golden Boy can wait Charlo out until he’s old and starting to show signs of slipping like some believe they did with Golovkin. Charlo is a young 29, and he looks younger than Canelo, who is also 29.

Canelo’s best chance of beating Charlo is to take the fight with him while he’s still in the zenith of his career. If Canelo waits too long, his chances of winning the battle will stop off. It works in Charlo’s favor if Golden Boy waits a year and a half before making the fight.

Once Canelo loses his hand speed, which is what makes him what he is, he’ll be like Roy Jones Jr. when he slowed down. 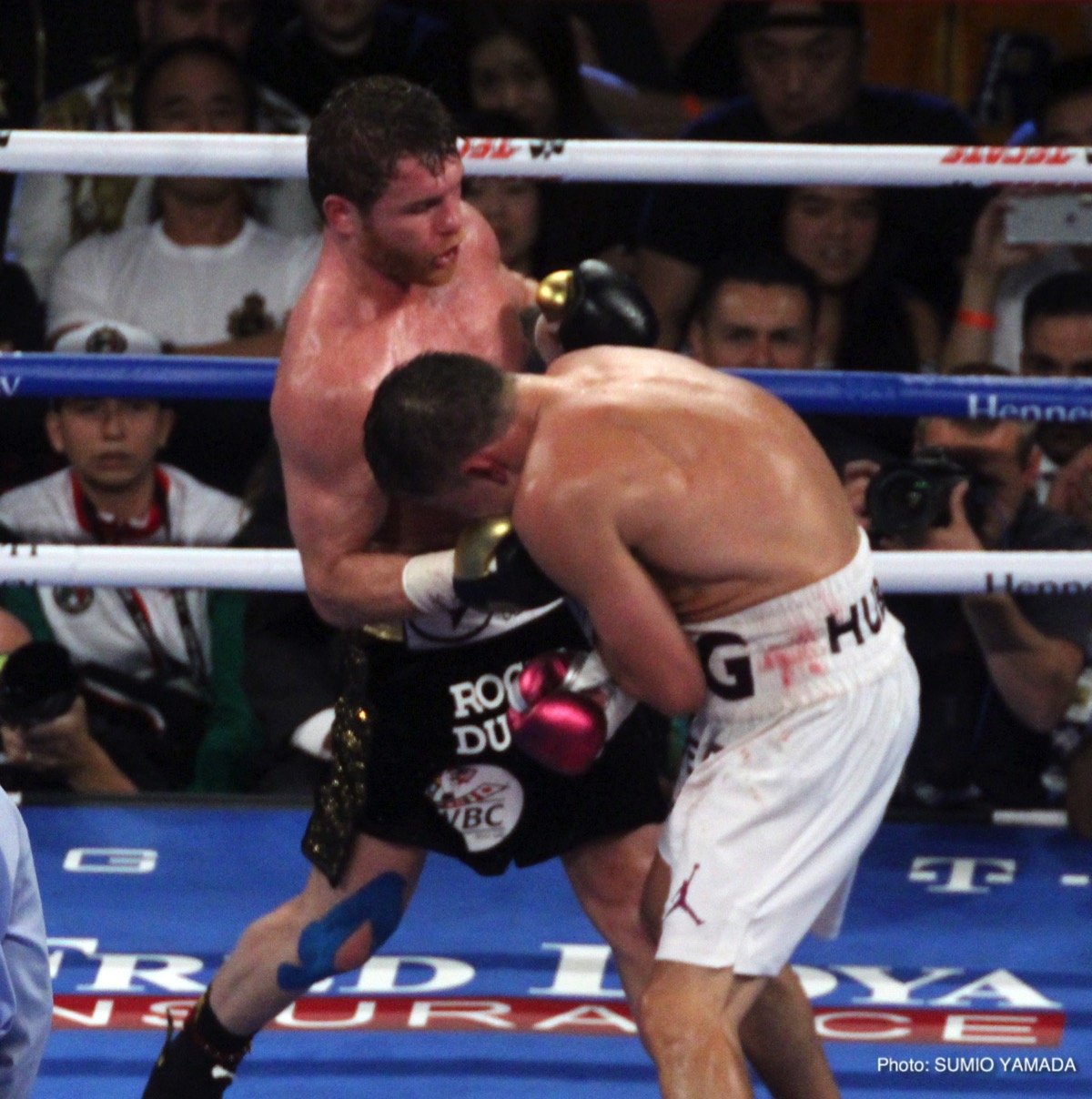 “Canelo vs. GGG 3, do you really want to see that? Listen, I don’t think anything is going to happen any differently. Yeah, yes it is. I think Canelo has the blueprint from the second fight to end it early, and then they’ll say, ‘Okay, you beat him twice and knocked him out in the third time. I think you move on, and I think that you can get a mental lapse.

“Give someone a chance that you ain’t up for mentally because you’ve been there twice. I mean, this isn’t Ali vs. Frazier. This isn’t none of those type of fight, at least the first. The second one was exciting, don’t get me wrong.

“It wasn’t boring. But to me, it’s nothing warrant for a third fight [between Golovkin and Canelo]. Maybe you agree or disagree. I mean, that’s why we’re having this dialogue,” said Hopkins.

The risk for Canelo in the third GGG fight is not motivated enough to train or fight as hard as he previously did. Golovkin has lost a lot of hand speed, and the only thing he has left now is his power. If he catches Canelo with a big shot, he could knock him out.

Canelo may not knock Golovkin out, but he’s got an excellent chance of beating him again. The Mexican star could knockout Golovkin if he attacks his body the way that he did in their second fight. But he’ll need to attack Golovkin in a more sustained manner for him to get the knockout.

Golovkin (40-1-1, 35 KOs) looked like an old faded fighter against Sergiy Derevyanchenko last October, and it’s got to be a real demotivator for Canelo to fight him now.

The fact that Golovkin’s trainer Johnathon Banks is talking about having him fight his IBF mandatory Kamil Sceremeta next shows that he doesn’t have confidence in him to face Canelo.

Is Tyson Fury the most mentally strong heavyweight? »