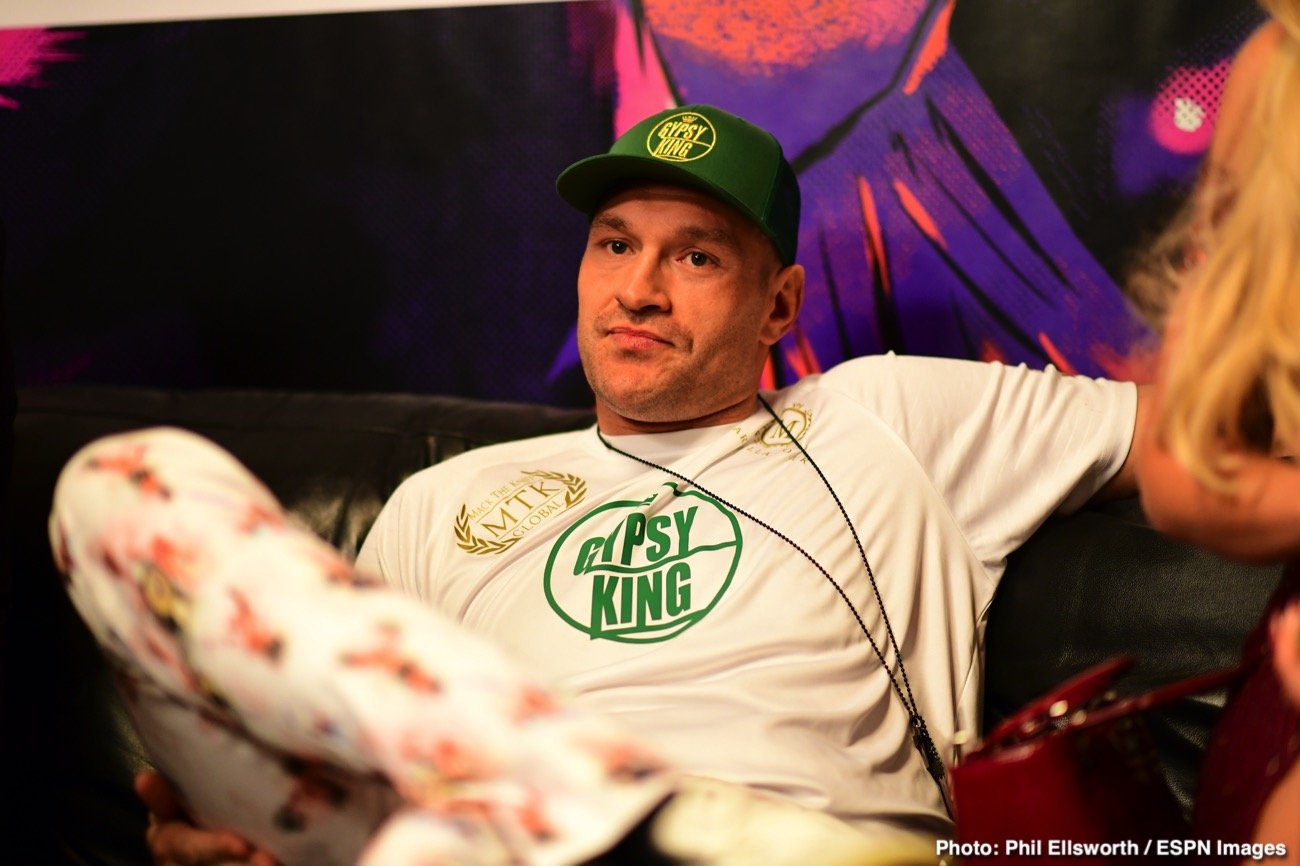 WORLD Heavyweight King Tyson Fury has edged towards Daniel Dubois winning the battle of the British big boys when he faces Joe Joyce next month.

The winner of the 12 round Heavyweight showdown between the London rivals will be closing in on Fury and will go home with the British, Commonwealth, European, WBC Silver and WBO International title belts.

Fury struggled to choose between Dubois and Joyce

Like most fight fans, WBC World, Lineal and Ring Magazine Champion Fury is struggling to pick a winner and admits: “I have changed my mind on this fight a few times.”

Fury, who has trained with both boxers, feels the youth of 22-year-old Dubois is likely to prove an advantage come fight night.

He explained: “I have sparred both lads and it’s a good fight. They both have qualities and they both have weaknesses.

“But, after really analyzing the situation, I think Dubois gets him early. Dubois is younger, fresher, punches very hard and is on a real roll at the moment.”

Most pundits believe that Joyce’s best hope of winning comes late on and Fury agrees, telling IFL TV: “If Joe can survive the early onslaught and take him into deep waters then he could win.”

Joyce could win by late stoppage

“Joe starts slow, is like a plodder and goes at one pace all the way through. If he gets into seven rounds he could do it by late stoppage.”

“But, these are lads in the gym every day. They’re not gonna get tired and gas out after five rounds.

“It’s not like he (Dubois) is a fat fella who does no training. He is ripped, he trains every day like a trojan and he is a very good prospect.”

Other fighters on the bill include David Adeleye, Dennis McCann, Archie Sharp, and Hamzah Sheeraz. Another title fight on the bill sees a rematch between British Welterweight Champion Chris Jenkins and Johnny Garton.

Mayweather: ‘Canelo started using my moves after I took him to SCHOOL’ »