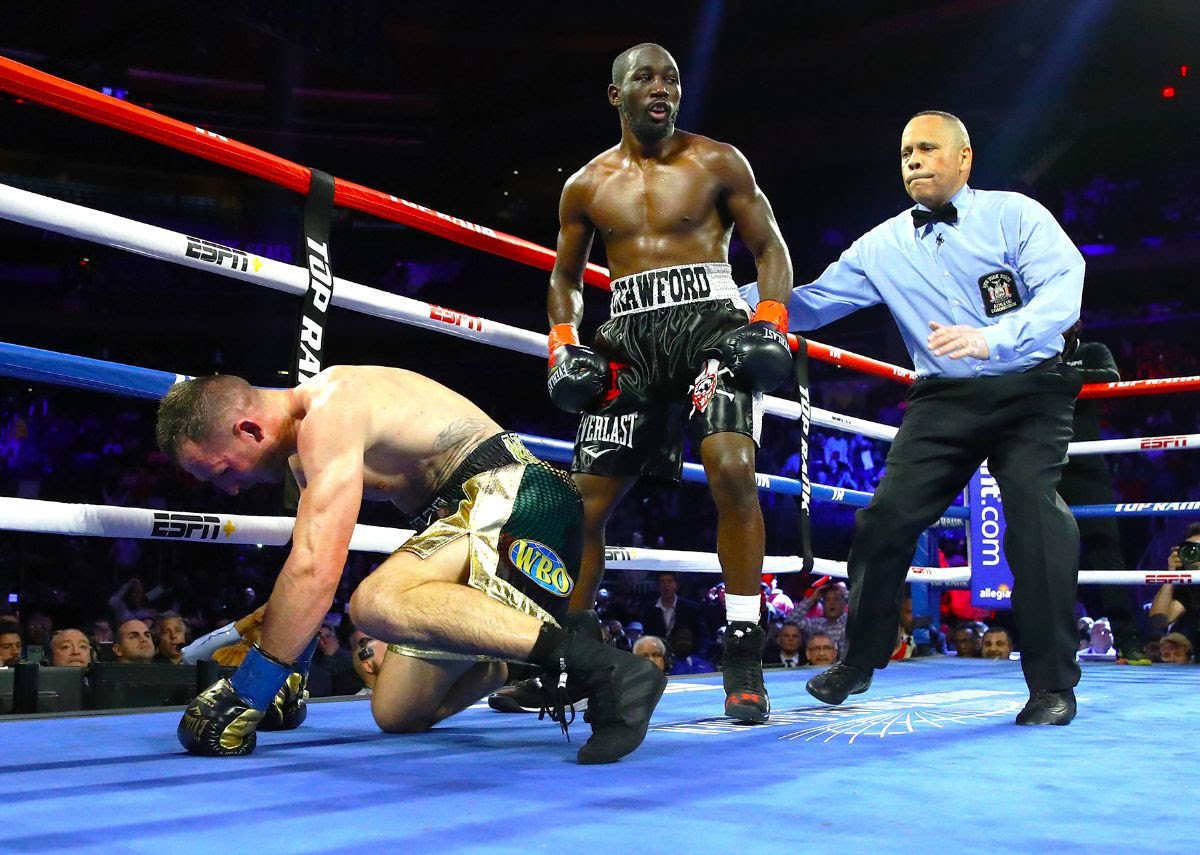 By Chris Williams: Tonight boxing fans will be able to watch 5 hours of fights on Top Rank on ESPN2 or the ESPN app with Terence Crawford, Tyson Fury, Manny Pacquiao, Teofimo Lopez, and Floyd Mayweather Jr. in action. The action starts at 7:00 p.m. ET.

Fans need to have their popcorn handy tonight as there’s a TON of great boxing action on ESPN with some interesting fights. For fans that like Tyson Fury, they get a chance to see the big 6’9″ heavyweight before he defeated WBC champion Deontay Wilder.

Here are the excellent fights that fans can see tonight on ESPN2:

The Mayweather vs. Pacquiao fight is from the 2015 ‘Fight of the Century’ that took place in Las Vegas that broke pay-per-view records that still stand five years later. This fight was the fight that boxing fans had waited for and they finally got it after six years.

Mayweather was still at his best at the time he fought Pacquiao, and the way that he handed the Filipino star was impressive. The downside of this fight was how Pacquiao’s team revealed that he had taken the bout with a shoulder injury. Mayweather didn’t like the excuse-making, and that was one of the reasons why he opted not to entertain a rematch.

Crawford vs. Khan and Kavaliauskas

Fans of WBO welterweight champion Terence Crawford will be able to see his last two title defenses against Amir Khan and Egidijus Kavaliauskas. To be sure, Crawford’s April 2019 fight with Khan ended up under less than desired circumstances, but it was still an interesting contest up until the end of the fight.

Fans will be able to see that Khan was giving Crawford a real handful until he delivered the coup de grace in landing a fight-ending low blow.

In Crawford’s last title defense against his WBO mandatory Kavaliauskas last December, he was dropped by him in the 5th round. The referee ruled it a slip, but it was a knockdown for sure. Crawford looked hurt, and that he had problems with the power of Kavaliauskas all the way through the fight. Is this age starting to show with Crawford? Maybe.

Fans can see unbeaten Teofimo Lopez takes on IBF lightweight champion Richard Commey from their fight last December on the undercard of Crawford vs. Kavaliauskas. Teofimo shocked boxing fans in this fight with his huge power, and the sudden ending.

The performance from Teofimo was one that stole the show on the card, as he outshined Crawford in the main event. Teofimo wasn’t expected to blast out Commey the way he did, but his power was too much for the champion. the victory for Lopez sets him up for a unification fight against WBA/WBC/WBO lightweight champion Vasiliy Lomachenko in the near future.