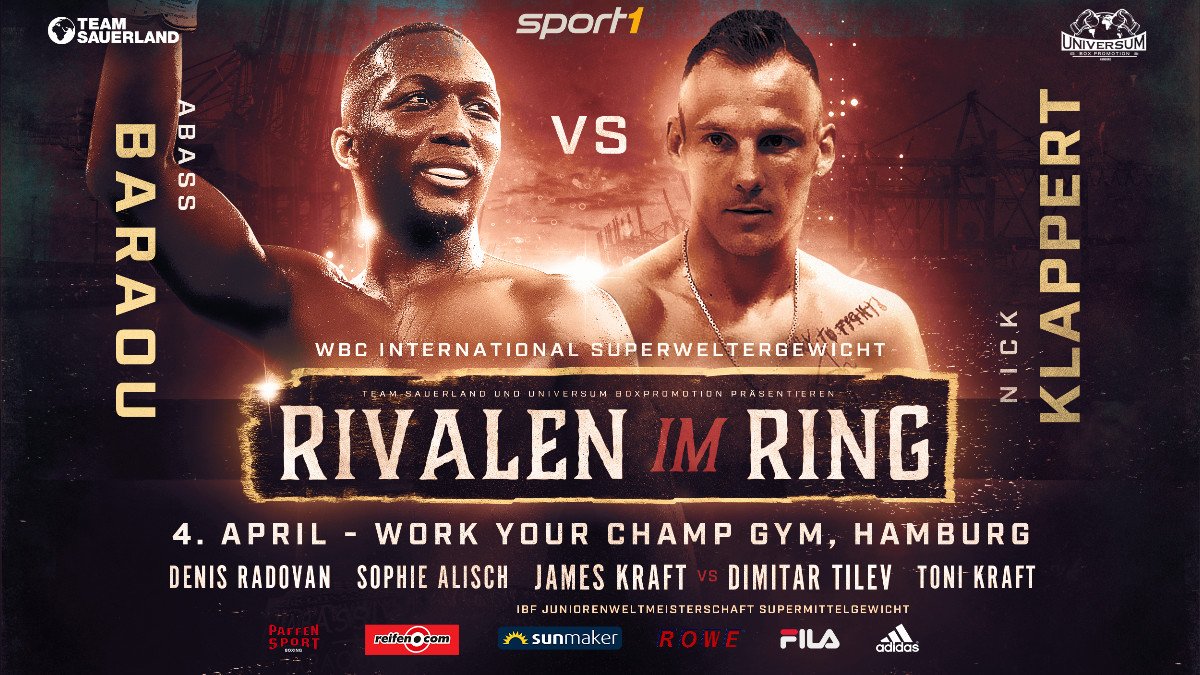 Baraou’s tenth professional contest will be the first under the guidance of his new trainer Adam Booth, having moved from Berlin to the UK to link up with the highly regarded coach at the new Boxing Booth Gym in Surrey, England.

The 25-year-old will be headlining in Hamburg for the second time this year having topped the bill against Abraham Juarez on January 25th where he delivered a devastating performance that saw the Mexican retire on his stool after four brutal rounds.

“I am very happy to be boxing again in Hamburg and also live on SPORT1,” said Baraou. “I want to claim my tenth victory in my tenth fight, and I will remain undefeated. My opponent is of course experienced, but he won’t stop me on my way to the top! Everyone can definitely look forward to a great fight.”

Klappert enters the ring off the back of a career best performance in Hamburg in November that saw him overcome Antonio Hoffman to pick up the IBO Continental Super Welterweight title, and will be hoping to build on this success as he goes in search of his twenty-ninth professional win.

“I’m working hard and I’ve had excellent preparation for the fight,” said Klappert. “We don’t underestimate anyone but I’m looking forward to getting back in the ring and fighting in Hamburg.”

All the action will be broadcast live on SPORT1 in Germany.