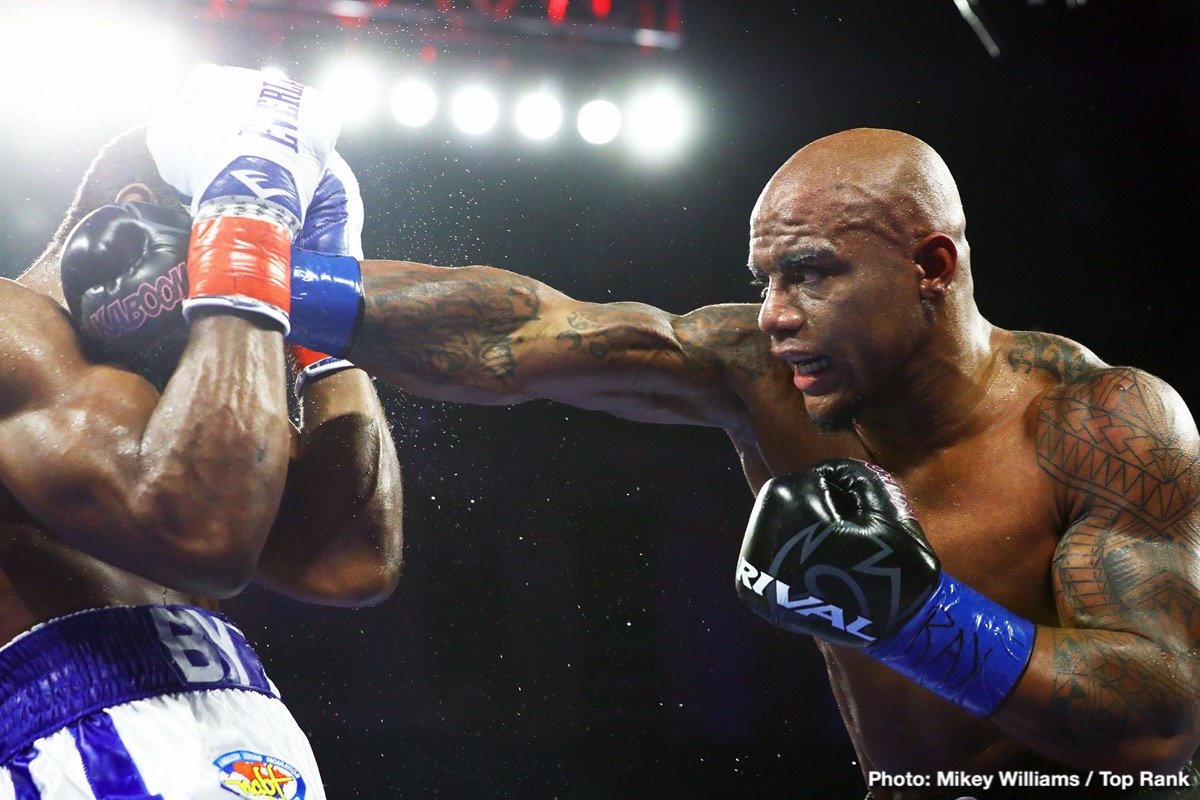 Heavyweight contender Oscar “Kaboom” Rivas, the Colombian-born, Canadian-based puncher on the precipice of a world title shot, has inked a multi-fight promotional agreement with Top Rank. Rivas, who is co-promoted by Groupe Yvon Michel, will return on an ESPN platform in 2020.

Rivas (26-1, 18 KOs), ranked No. 3 by the WBC, represented Colombia at the 2008 Beijing Olympics before moving to Montreal to begin his professional career.

Bob Arum happy to be working with Oscar Rivas

“Top Rank is in the heavyweight business, and we are pleased to be partnering with Yvon Michel to help Oscar get to the next level,” said Top Rank chairman Bob Arum. “He fits right in the heavyweight picture and has the skills and toughness to compete against anyone in the division.”

Said Michel: “Oscar Rivas is ready to send a strong message, as he has the style to beat any heavyweight on any given day. It is with great enthusiasm that we are confirming this partnership for Oscar with Top Rank.”

“I am very proud and excited to join forces with Top Rank. And I thank Top Rank for believing in me,” Rivas said. “I also want to thank my manager, Stéphane Lepine, and my promoter, Yvon Michel, for their leadership and guidance from the beginning of my career.

“And I am still a bit bitter over the circumstances surrounding my last fight in London against Dillian Whyte, and I hope that one day we will fight a rematch on an even playing field. As for Dillian, I know he will do all he can to avoid this, but nothing will ever stop me from becoming a world champion. I am ready to take on any challenge.”

Rivas was undefeated when he traveled to Whyte’s home turf last July in a fight for the vacant WBC interim heavyweight world title. Rivas knocked White down in the ninth round but ultimately lost a close unanimous decision. The Whyte defeated put a temporary halt to Rivas’ momentum, as he began his 2019 campaign with a dramatic 12th-round TKO over Bryant Jennings.