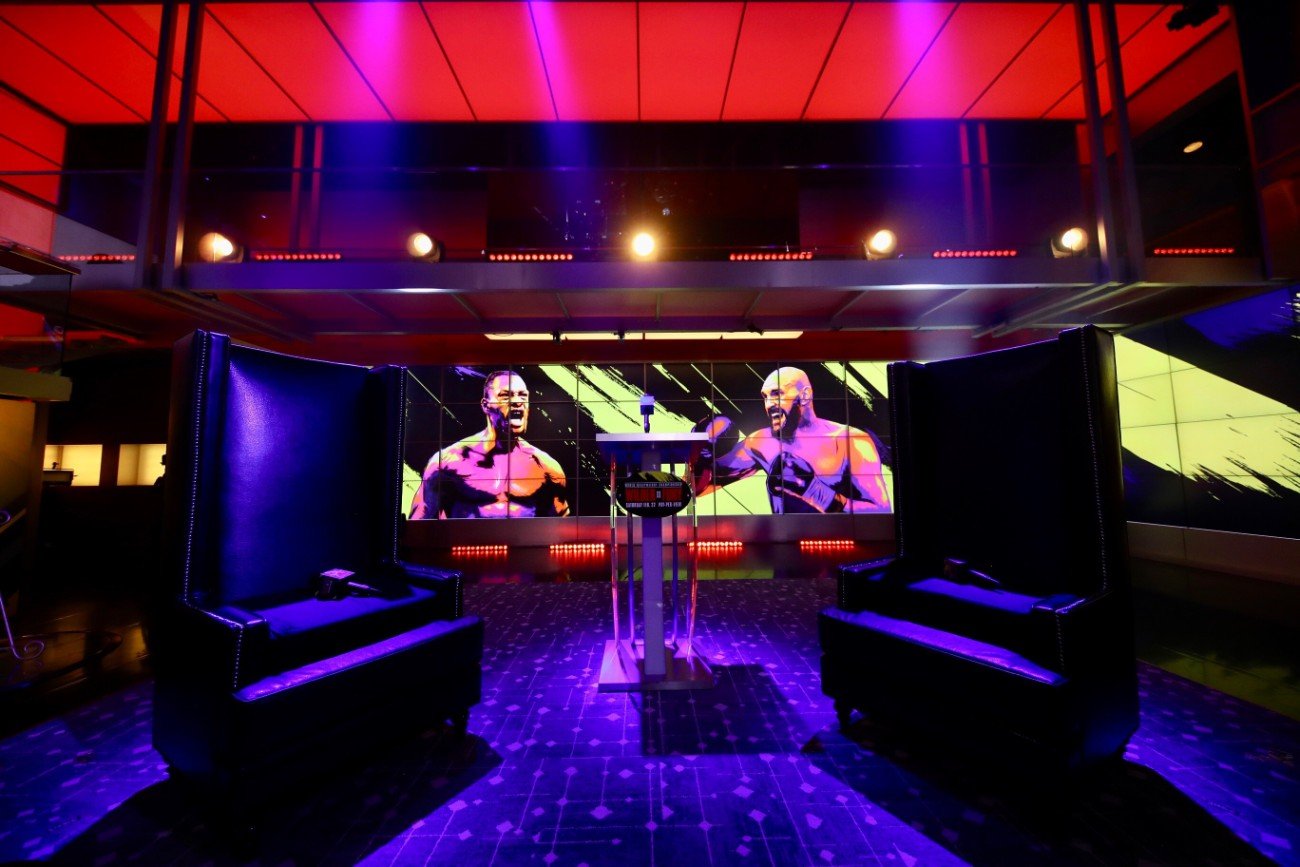 For Sugar Hill’s sake, you have to hope that he’s making the right decision in steering Fury in the direction of shooting for a knockout against Wilder. If this doesn’t workout well in Fury’s favor, he could be making another trainer change.

Lineal heavyweight champion Fury (29-0-1, 20 KOs) has a good reason why he doesn’t want to let the judges score another one of his fights after the bad experience he had against Wilder (42-0-1, 41 KOs) in their first fight two years ago in 2018.

Fury appeared to do enough to get the victory, but the judges scored it a draw. Sugar Hill points out that Wilder had to knock Fury down twice just to get a controversial draw out of the fight, and that’s a credit to Tyson’s great boxing skills.

“That was a risk that Tyson took in the first fight in not stepping on the gas and trying to win on points,” said Sugar Hill to IFL TV about Fury’s fight with Wilder in 2018. “He doesn’t want that again. I don’t want it. I wasn’t raised that way. Emanuel [Steward] always taught me, ‘Get the knockout.’

“The best way to win the fight is not to leave it to somebody else. Deontay Wilder is right up there in the top 5,” said Sugar Hill when asked where he rates Wilder. “Not to try and put him lower or anything,” said Sugar Hill.

Assuming he’s not trying to trick Wilder by steering him in the wrong direction, Sugar Hill is telling Fury to punch with a puncher. We have a lot of examples of past Wilder knockout victims that showed that it’s not a good idea to slug with him.

Wilder is one of the great heavyweights

“I’ve been around a lot of heavyweights that have been dominant throughout the years, and he’s been making his way and being dominant,” Sugar Hill said of Wilder. “He’s been a champion for five years, and that’s a long time in any division, especially the heavyweight division. Wladimir Klitschko almost broke Joe Louis’ record for the longest reigning heavyweight champion.

“To do what Wilder has done for five years, it’s a big accomplishment,” said Sugar Hill. “You have to put him up there with the great heavyweights. Wilder is knocking everybody out. I don’t know of any other heavyweight that has knocked anybody out like that.

“He’s only had one fight that he didn’t get a knockout,” said Sugar Hill on Wilder’s fight with Bermane Stiverne. “You look at those things, and say, ‘Wow!'”

It’s a bit early to say that Wilder is one of the great heavyweights of all time. Sugar Hill is going overboard a little, because Wilder hasn’t faced enough good fighters for him to be seen as an all time great.

These are the best heavyweights Wilder has fought:

That’s a pretty pitiful bunch of heavyweights once you get past Ortiz and Fury. The rest of the guys Wilder has fought have been no names or fighters with weak chins, and he wasn’t even tested against them.

Deontay Wilder is really a cruiserweight

“He’s one of those fighters that will be remembered for history, and he doesn’t weigh as much as the heavyweights today,” said Sugar Hill about Deontay. “He’s really a cruiserweight pretty much, not weighing over 220 lbs, fighting these guys that are 250. But he’s got the height, he’s got the power, and he’s got the quickness.

“He’s a dangerous fighter all the way around,” continued Sugar Hill in talking about Wilder. “I do feel that Tyson Fury and Deontay Wilder is the best fight in the division by the fact that you do have a big puncher knocking everybody out. And then you’ve got the superior boxer [Fury], who can also knock people out. You can never underestimate that,” said Sugar Hill.

Wilder IS a cruiserweight, and he’s done incredibly well at heavyweight given the level of opposition he’s faced. He weighed 212 lbs for his fight against the 256 lb Fury in their fight in 2018, and he was able to fight him on even terms, according to the judges.

Cruiserweights rehydrate close to what Wilder weights for his heavyweight fights. It’s scary to imagine what Wilder could do if he were fighting in the cruiserweight division.

The power that Wilder possesses is incredible for a fighter his size. He’s truly the Thomas ‘Hitman’ Hearns of the heavyweight division.

Sugar Hill: Wilder vs. Fury 2 is biggest fight in boxing at heavyweight

“This is something that is happening right now, and that’s why it’s the best fight,” Sugar Hill said about the Wilder vs. Fury 2 fight. “These two fighters have fought already, and it came out to a draw. One [Fury] showed the superior boxing skills, and he was dropped two times, and one was an extreme puncher [Wilder], who ended up getting two knockdowns to get the draw.

What makes Wilder vs. Fury 2 such a big fight is that it involves an American against a British heavyweight. So you’ve got the fan bases from those two countries that will be tuning in to watch it on February 22. When Fury faces Joshua, it’ll mainly be British fans that will be watching.

“Everything is Ok as far as I can see from the cut,” said Sugar Hill on Fury’s cut over his right eye he suffered against Otto Wallin. “It’s been healed, and it’s been stitched up. I haven’t seen anything that would make me believe it’ll open up. If a fighter is not getting hit so much then.

“It’s always a mystery to me when I hear people saying who has a chin and who doesn’t have a chin,” said Sugar Hill. “If you’re not getting hit like you’re supposed to, then what difference does it make how good your chin is? You can say Wilder has a great chin. He hasn’t been down. I don’t know if he’s been hit like that, but it doesn’t matter.

“Wilder still didn’t go down [after Fury caught him a couple of times], so you have to say he’s got a great chin. But this is still the heavyweight division still. He’s been wobbled and shaken a few times, and that leads me to believe the man can be hurt. Maybe he just has to be hit more,” said Sugar Hill.

There’s no way of knowing how Fury’s cut will respond during the fight with Wilder. It could hold together or more likely it’ll pop right back open, leaving Fury with only partial vision.

Tyson Fury is among the all time greats says Sugar Hill

“I think Tyson Fury can be placed as one of the great fighters for what he’s done already by dethroning Wladimir Klitschko, and taking off time from boxing as he did and come back and make an instant classic with Deontay Wilder,” said Sugar Hill. “Nobody gave Tyson a chance in that fight, and to come back and make a performance like that.

“It reminds me of how Muhammad Ali came back, and no one believed he would do what he did in his career after being laid off for such a time,” said Sugar Hill. “Now you have Tyson Fury in that same situation with that same charisma with the same character, and the same confidence. He loves to box, and has boxing ability. It makes for a great fight,” Sugar Hill said of the Wilder vs. Fury 2 rematch,” said Sugar Hill.

If Sugar Hill wasn’t Fury’s trainer, you could take him seriously in him crowing Fury as an all time great. The problem that Fury has is the same one that Wilder has in terms of his weak resume.

When you remove Wilder from Fury’s resume, you’re left with these guys: 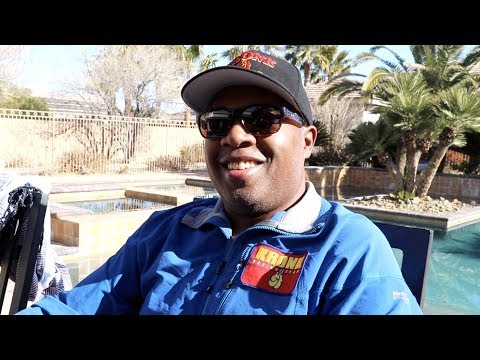 “I think Tyson did an Instagram video of the pool, and the mountains and everything,” said Sugar Hill. “Training camp looks so glamorous, but this is where we are right now. It’s the same place. That’s why I mentioned it, because we’re sitting in the same spot, and almost the same background.” said Sugar Hill.

“People are probably like, ‘Ah, they’re living it up, and probably having fun.’ No, it’s not like that,” said Sugar Hill about his training camp scenery. “It’s preparing for the fight mentally, physically. Everything goes into this fight in how he feels, and me too.

“This is still the legacy of Emanuel [Stewart], and my own legacy as well,” said Sugar Hill. “I’m 100% in, and like I said, I’m definitely happy to be here with Tyson, because this is something Emanuel started.

There’s a big difference in the location of Fury’s training camp compared to Steward’s Kronk Gym. Fury isn’t roughing it for this camp the way he would if he was at the Kronk Gym.

Roman Gonzalez working on his form for Kal Yafai fight »