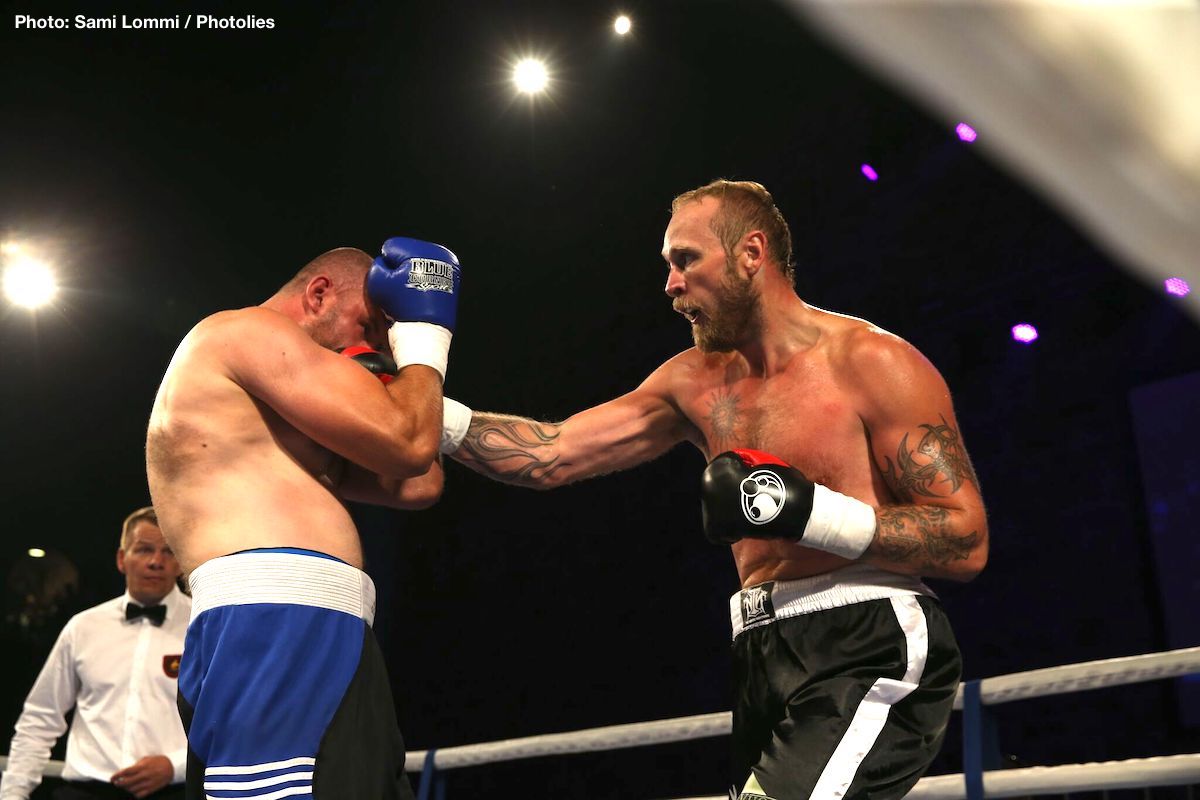 “I spent four weeks of training camp at home in Finland, training in the Aland Islands, then I sparred for a week in Alabama at Deontay Wilder’s gym,” said Helenius. “It was a great experience and I learned a lot being around so many good fighters while working with my coach Johan Lindstrom. Sparring fighters like Robert Alfonso and Nathan Gorman will definitely help me be at my best on March 7.”

Helenius most recently knocked out Mateus Roberto Osorio in November, after an unsuccessful U.S. debut in July that he dropped to former title challenger Gerald Washington. Helenius is confident that he’s corrected the errors that led to that defeat.

“In the Washington fight, I relaxed in the later rounds,” said Helenius. “I got too comfortable and I know that I cannot do that again. I’m going to fight Kownacki from the first bell to the end and show the U.S. fans what I can do in the ring.”

In Kownacki, Helenius faces a tough challenge against an unbeaten rising contender. Kownacki brings an action-packed style and relentlessly comes forward, rarely giving his opponent a chance to breathe.

“Adam is a heavy brawler and a good fighter, but his boxing skills are not that strong,” said Helenius. “That’s where I believe I have the advantage. I know that I can outbox him if that is the best strategy on fight night. The fans are going to see two different styles collide.”

Another challenge that this fight presents is that Helenius will be fighting Kownacki in his hometown of Brooklyn, where Kownacki has shown he can create an unfriendly atmosphere for his opponents.

“I’m not worried at all about where the fight is taking place,” said Helenius. “I just have to stay true to my style and the rest will take care of itself. I can’t let the crowd force me to fight a style that is not mine. I’m going to use my skills to get this win.”

Tickets for the event, which is promoted by TGB Promotions, are on sale now and can be purchased at Ticketmaster.com and barclayscenter.com. Tickets are also available for purchase now at the American Express Box Office at Barclays Center.