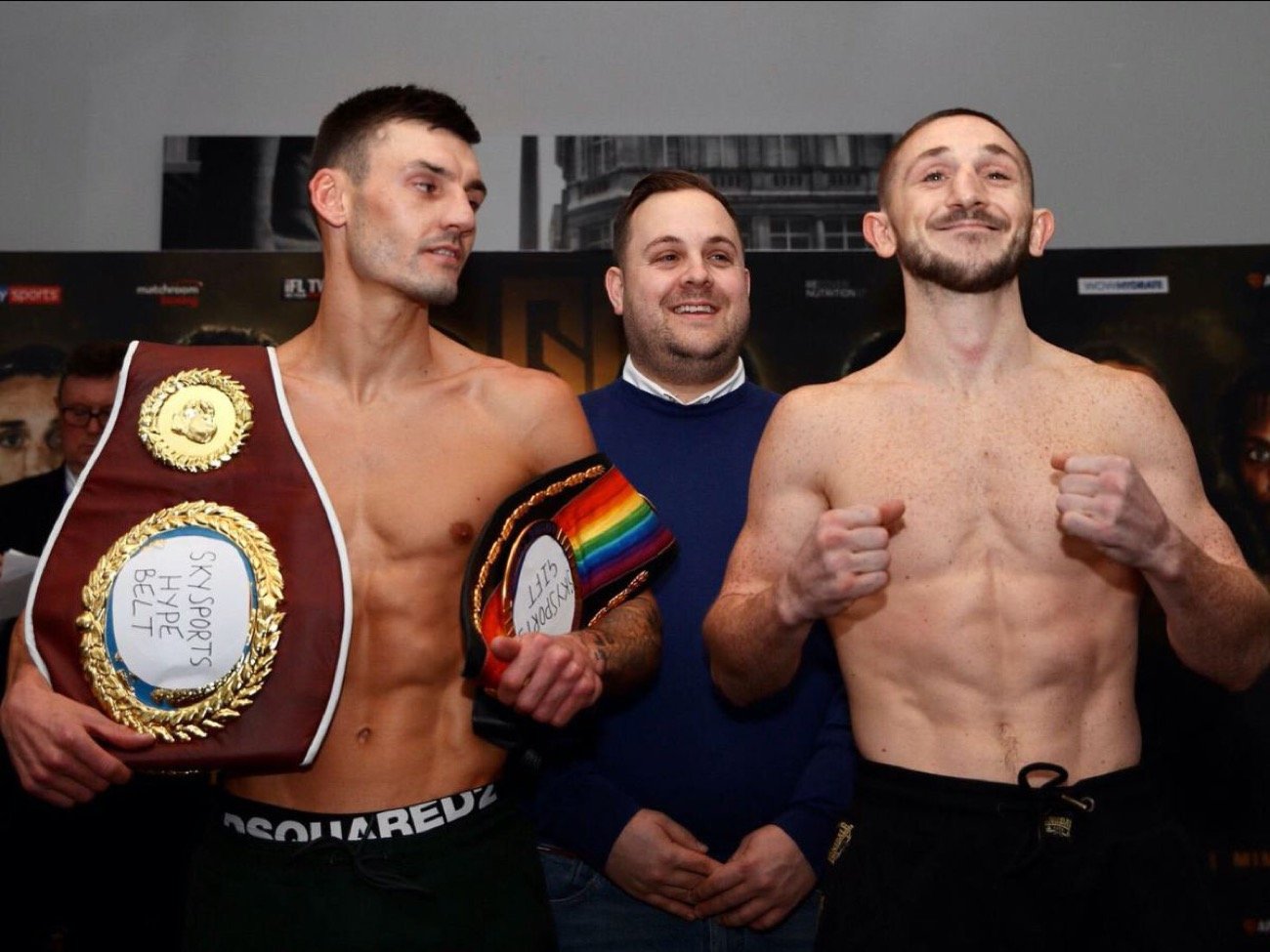 The final four in both the super-lightweight and the featherweight divisions will battle it out – Ohara Davies vs. Jeff Ofori and Tyrone McKenna vs. Mohamed Mimoune at 140lb, Tyrone McCullagh vs. Ryan Walsh and Leigh Wood vs. Jazza Dickens at 126lb.

A packed undercard sees some of the surrounding area’s hottest prospects in action, with Burim Ahmeti and William Hamilton making their professional bows while Elliot Whale and Inder Bassi Singh look to follow up promising debuts.

Davies drew out the golden ball at Tuesday’s draw and was swift to select the competition’s underdog Ofori as his opponent.

The Londoners had plenty to say to each other at a fractious weigh-in, where Hackney’s ‘Two Tanks’ clocked 9st 13lb 14oz at the second attempt to Tottenham fighter Ofori’s 9st 13lb 5oz.

With a huge right hand and new technical guidance from trainer Angel Fernandez, Davies is favourite to progress but Ofori has proven in his last two fights that he’s not a man to be underestimated.

WBC International champion McKenna is one of Belfast’s most popular fighters and was impressive in dispatching Southern Area champion Mikey Sakyi in the quarter-finals at the same venue.

With the profile of ‘The Mighty Celt’ soaring after his fight week antics (including THAT cane joust with McCullagh dressed as Dumb & Dumber at the press conference), the underdog appears to be revelling in the occasion.

In France’s Mimoune, he faces a former EBU and IBO world champion who is the bookies’ favourite for victory in the competition. This is two talented southpaws ready to put it all on the line for their place in the final.

Walsh plucked out the golden ball at Tuesday’s draw and chose to take on the conundrum that is McCullagh.

The reigning British champion, Walsh is considered the number one candidate in the competition and produced arguably the pick of the quarter-final performances by sweeping aside Hairon Socarras inside the distance.

McCullagh, who has joined close friend McKenna under new coach Peter Taylor, is renowned as one of the most awkward opponents out there. The Derry puzzler provides a truly intriguing style match-up for favourite Walsh.

Headlining the show on the night is the WBO European title collision between Nottingham’s Wood and Liverpool’s Dickens.

Animosity surged to the surface at Wednesday’s press conference with Dickens claiming he holds a psychological edge due to an amateur victory over ‘Lethal’ – claims playfully responded to by Wood.

Wood brought an element of comedy to the weigh-in by putting messages on his belts at the weigh-in and there’s no doubt both men feel they have a score to settle in what should be a thrilling finale to the evening.

Don’t miss all the action live on Sky Sports Boxing’s Facebook page from 5.55pm GMT and the main card on Sky Sports Action (UK) and ESPN+ from 7.30pm GMT.