Murat Gassiev vs. Jerry Forrest on Feb.29 on DAZN in Frisco, TX 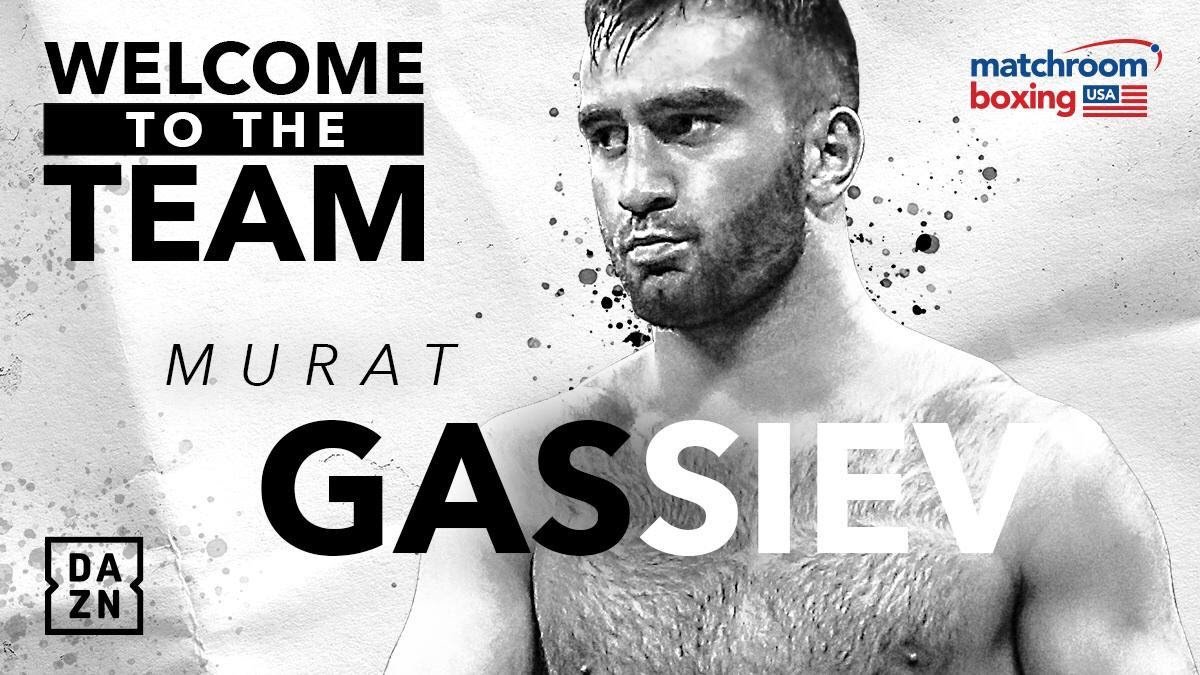 By Mark Eisner: Murat Gassiev will be making his heavyweight debut this month against Jerry Forrest in a scheduled 10 round fight on DAZN on February 29. Gassiev-Forrest have been added to the Mikey Garcia vs. Jessie Vargas card at The Star in Frisco, Texas. Dan Rafael was the one first on the news.

The 31-year-old Forrest  (26-3, 20 KOs) is an eight-year pro with previous losses to Jermaine Franklin, Michael Hunter and Gerald Washington.

This is the first fight for the 26-year-old former IBF/WBA cruiserweight champion Gassiev (26-1, 19 KOs) since his loss to Oleksander Usyk on July 21, 2018 in the final of the World Boxing Super Series cruiserweight tournament in Moscow, Russia.

Gassiev, 6’3″, has had shoulder injury that’s kept him out of the ring.  If not for that, Gassiev very likely would have quickly recaptured his IBF and WBA titles after Usyk vacated his 4 titles, and moved up to heavyweight.

It’s a better deal for the Russian Gassiev to fight at heavyweight, because he can set himself up for life if he can get a title shot against IBF, WBA & WBO champion Anthony Joshua.

Before losing to Usyk in 2018, Gassiev has looked superb in defeating Krzysztof Wlodarczyk, Denis Lebedev and Jordan Shimmell in his three previous fights. Unfortunately for Gassiev, those bouts didn’t prepare him for the fighting style that Usyk used against him. Usyk utilized a constant jab, and movement to keep the plodding Gassiev from being able to get his shots off.

Usyk was too skilled for Gassiev

The 2012 Olympic gold medalist Usyk and his training team saw a flaw in Gassiev’s game that they took full advantage of in that fight to get the victory.

Gassiev has a habit of waiting for his opponents to stop throwing before he pulls the trigger on his own shots. That style left him at a big disadvantage against Usyk, who focused on shooting out repeated jabs to prevent Gassiev from getting his shots off.

Much of the time, Usyk didn’t look like he was even trying to land his jabs. He was just pumping them out there to throw off Gassiev’s offense, and it worked perfectly. Gassiev’s trainer Abel Sanchez should have taught him how to punch in between his opponents shots a long time ago. If he’d done that, Gassiev would have given Usyk a lot more to think about.

Matchroom Boxing will need to bring Gassiev along slowy if they want him to make something of himself at heavyweight. The flaws that Usyk exposed in Gassiev’s game will be exploited by the better heavyweights in the division right away. Further, Gassiev needs to improve low workrate, seeing that he doesn’t let his hands go nearly enough.

Denis Lebedev took advantage of his low work rate in their fight in 2016, and Gassiev came close to losing. Gassiev won the fight by a narrow 12 round split decision, but it should have been an easy fight for him. Each time Gassiev threw punches, he had Lebedev looking troubled.

We saw the same problem with Gassiev in his fight against Yunier ‘The KO Doctor’ Dorticos in 2018. Gassiev wasn’t busy enough, and he gave a away a lot of early rounds the Cuban fighter. Luckily for Gassiev, Dorticos gassed out in the championship rounds, and he was able to stop him in the 12th.

Also added to the Mikey Garcia vs. Jessie Vargas card for February 29, #3 WBA junior middleweight contender Israil Madrimov (4-0, 4 KOs) will be facing journeyman Charlie Navarro (29-9, 22 KOs) in a 10 round fight. Navarro, 40, was a highly ranked welterweight contender a decade ago. He’s suffered past losses to the likes of Vyacheslav Senchenko, Carlos Ocampo, Thomas Dulorme and Omar Chavez.

The 24-year-old Madrimov is  former amateur standout from Uzbekistan. He’s being moved quickly by his handlers since he turnd pro in 2018. In Madrimov’s 4 fights, he’s beaten these competant fighters:

The World Boxing Association likes what they see in Madrimov, as they’ve already got him ranked highly at #3.  Madrimov is in position now to challenge Jeison Rosario in the near future. That’ll be a great fight when/if it happens.

Hopkins: Wilder will have KILLER instinct for Fury rematch »