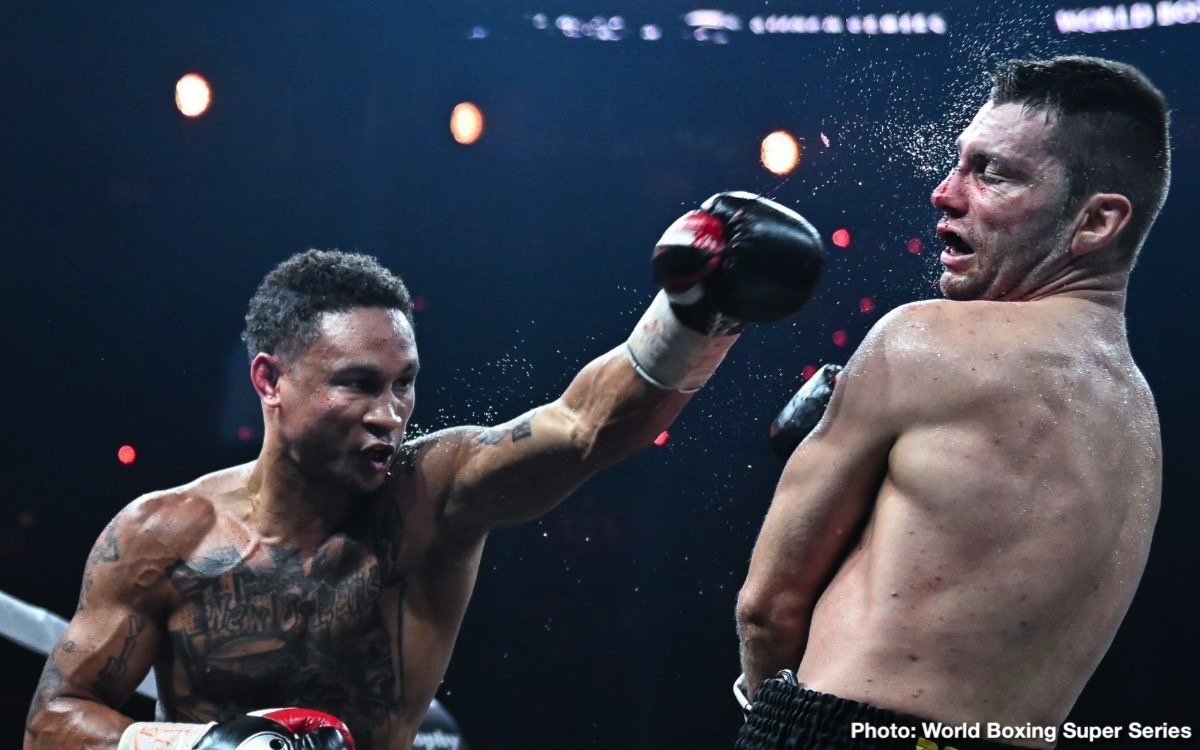 By Allan Fox:  Negotiations are still underway for a match between two former light welterweight champions in Regis ‘Rougarou’ Prograis and Maurice ‘Mighty Mo’ Hooker for a fight that is being targeted for spring on DAZN, according to Dan Rafael.

This is a good match-up between two former world champions that are looking to rebuild. Prograis (24-1, 20 KOs) looked unbeatable until his recent defeat to Josh Taylor. A lot of fans believe Prograis will beat Taylor if the two fight again.

Hooker vs. Prograis likely to be at catchweight

If the fight gets made, it’s possible that it’ll be a catch-weight between 140 and 147. Hooker, 5’11,” has since moved up to welterweight since losing to Ramirez, and he stopped Uriel Perez (19-5, 17 KOs) by a 1st round knockout on December 20 in his debut at 147 on the undercard of Daniel Jacobs vs. Julio Cesar Chavez Jr. in Phoenix, Arizona.

Hooker, 30, looked powerful and devastating in stopping Perez so quickly, but he wasn’t facing a high level opponent.

Prograis, 5’8″, isn’t yet ready to move up to 147 though. He still makes the light welterweight limit easily, and he’s one of the best fighters at 140. He lost his last fight to IBF champion Josh Taylor by a close 12 round majority decision in the final of the World Boxing Super Series tournament last October at the O2 Arena in London.

It was a mistake on Prograis’ part in fighting on the inside for the first eight rounds of the fight.

When Prograis made adjustments to fight Taylor on the outside in the championship rounds, he battered him and had him on the run. The difference in Prograis’ game fighting on the outside was like night and day. He was able to generate a lot more power, and he clearly was the dominant fighter in the last 4 rounds.

It’s important for Prograis, 31, to get back inside the ring soon to resume his career, as he hasn’t fought yet since his loss to Taylor last October.

“I would like the fight, and he would like the fight,” said Prograis to Fighthype about Hooker. “We had history from the amateur, and it was a very good competitive close fight. I won it. We fought probably over 10 years ago, something like that. I think it’s a great fight.

John Riel Casimero: ‘I’m not afraid of Naoya Inoue, I hit harder than him’ »