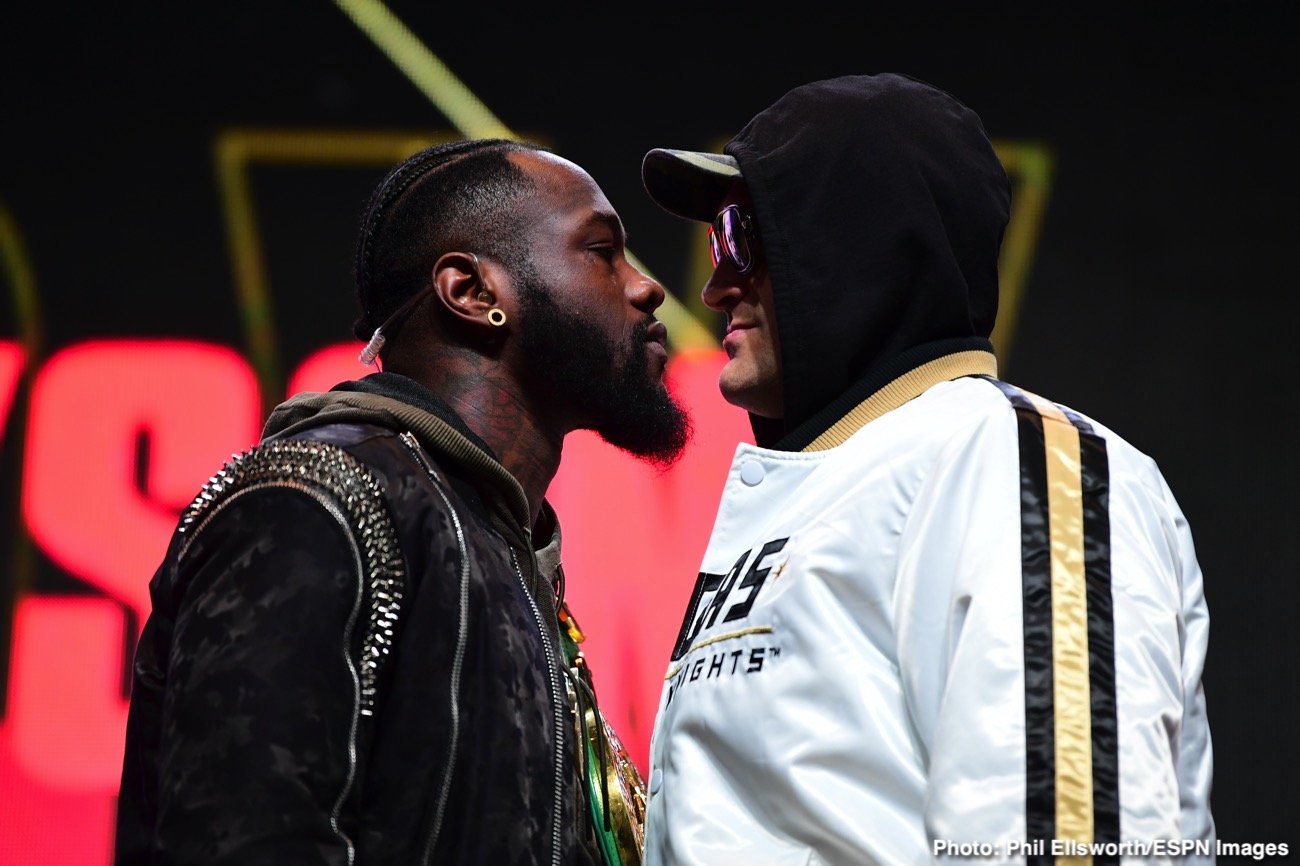 By Allan Fox: Lennox Lewis is giving WBC heavyweight champion Deontay Wilder a slight edge against Tyson Fury in their fight this Saturday night on ESPN and Fox PPV in Las Vegas.

In contrast to Wilder’s destructive recent performances, Fury struggled in beating his last opponent Otto Wallin, and looked “SLOPPY” in winning, says Lewis. Fury (29-0-1, 20 KOs) got the win, but he looked unremarkable and was cut badly over his right eye.

The cut required 46 stitches, which is a horrible injury for Fury going into a major fight like this Saturday’s match with Deontay. Although Lewis didn’t touch on the subject of Fury’s cut, it’s something that factor in the results of his rematch with Wilder. Fury’s cut has only had five months to heal, and that’s not a lot of time given the level of his opponent.

Deontay has the momentum for Fury rematch – Lewis

“The momentum is with Wilder because he won his last two fights, and he disposed of his opponents quite easily, but that may be a setback because he wasn’t able to practice his jab or practice his boxing,” said Lennox Lewis to @StevESPNKim.

“Tyson Fury was able to practice his jab and practice his boxing in his first fight with Tom Schwarz,” said Lewis. “In his second fight against [Otto Wallin], he wasn’t boxing, and he looked very sloppy. For me, I think Tyson Fury is going to come out, and start a lot faster than he did in the first fight. I think he’s going to try and push Deontay back on his back foot,” said Lewis.

If Fury had fought Tom Schwarz in his last fight, then Lewis’ opinion of his chances against Deontay would likely change. The 6’6″ Wallin is someone that was always going to give Fury problems no matter when he fought him. Fury lacked the power, and the fighting style to dispatch the big Swedish heavyweight Wallin.

With a fighter like Wallin, if you let him stay in there with you for the full 12 rounds, he’s going to land some shots, which is what he did to Fury. One of the reasons Fury took the fight to the inside against Wallin is because he was getting lit up with left hands from the outside.

Tyson needs to out-box Wilder and avoid the right hand

“He needs to out-box him, stay away from the right hand, and do what he does great, which is to box,” said Lewis to IFL TV. “Tyson Fury is a great boxer. So if you say you’ve got a great right hand and you’re going to knock him out, then he’s going to know that. So that’s where your strengths are, and he’s probably going to stay away from it.

“I think it’s his job to stay away from it and out-box Deontay,” Lewis said of Fury. “Everyone knows Deontay waits for the right hand. He doesn’t really do the boxing too much, so that’s where he can take advantage of him. There’s no warning with Tyson Fury. He knows Deontay has got a right hand. He got hit by it, but he also got up from it.

“So he [Fury] knows he can take his best punch and get up from it and go after him. So maybe he’s thinking, ‘I have to go after him early because I felt really strong. All I have to do is get him mad, and get him into a fight and maybe I can take him out. He has to wind up to throw a punch, and maybe I can catch him while he’s winding them up,” Lewis said about Wilder being vulnerable when he loads up with his right hand.

Fury tried to out-box Wilder last time, but it didn’t work entirely well. ‘The Gypsy King’ Fury got tired in the later rounds from all the movement he used to evade Wilder and was then easy prey for his right hand. As big as 6’9″ Fury is, he’s not capable of moving his large body for 12 rounds to avoid Wilder’s right.

“That’s him coming into this rematch,” said Lewis on Tyson. “I don’t sleep on Tyson Fury because when you think he’s at his worst, he’s at his best. He always finds something in his tank to come out, and be able to withstand what goes on, and be able to be a winner.

“So we’re going to have to see how he fights this fight. Yeah, he may come out in the first couple of rounds and try and knock you out, but after that, he’s going to resort to what he knows, and that’s boxing,” said Lewis.

Fury looked terrible against Wallin, especially in the later rounds when he tired. When Fury faded in the championship rounds, that’s when he changed tactics and fought on the inside.

The success Fury had in close was limited. He was landing some shots, but he wasn’t able to get leverage on his shots. Each time there was space between them, Wallin would tag him with hard left hands. In the 12th, Fury was staggered by a left from Wallin when he came forward to maul him. 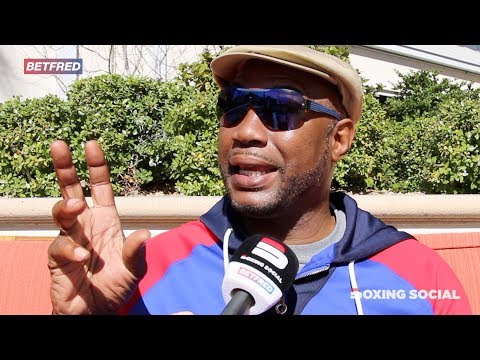