Keith Hunter works out in front of Las Vegas media 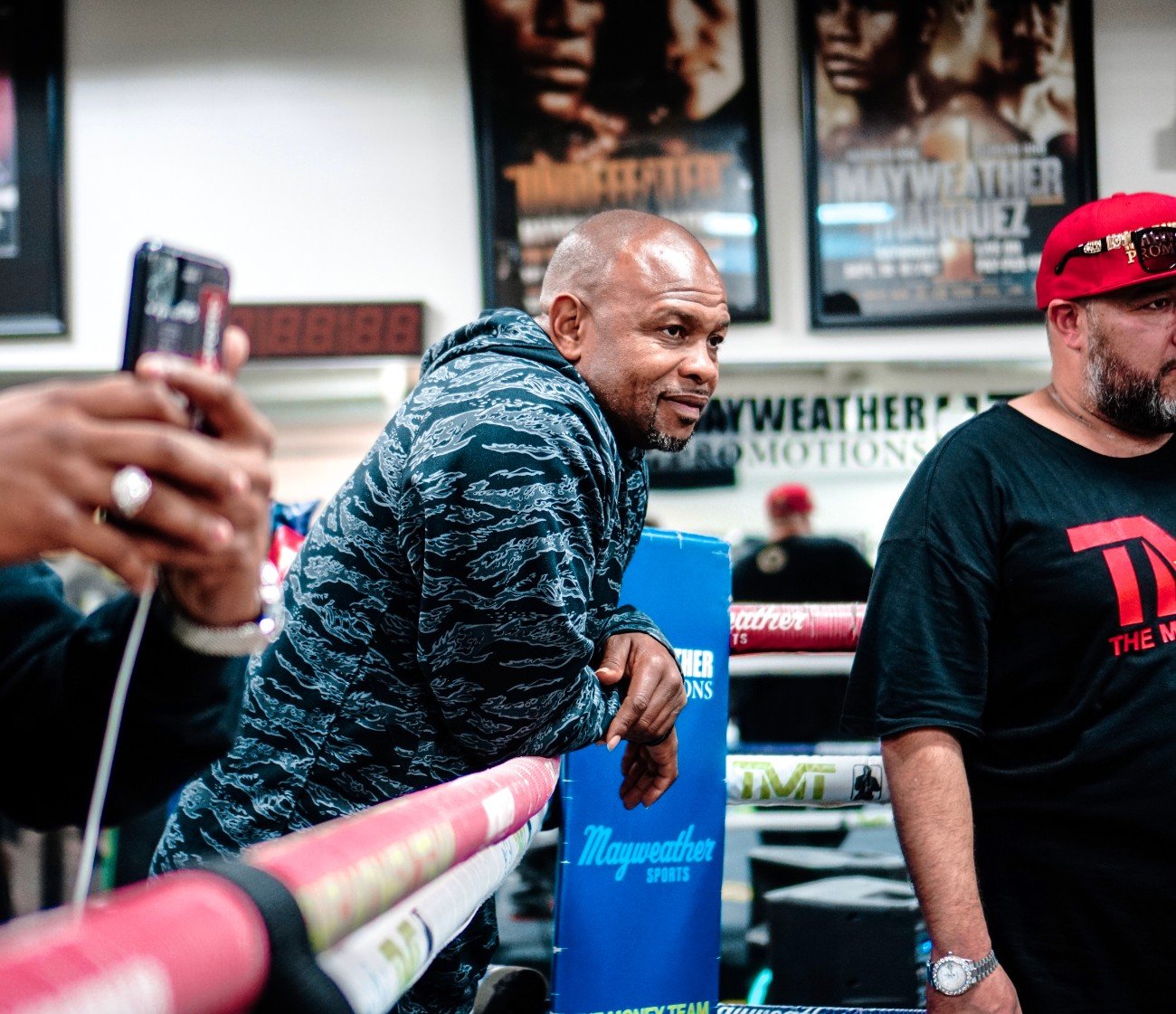 In the main event, undefeated rising prospect Keith Hunter will face talented Sanjarbek Rakhmanov in a rematch in a 10-round super lightweight bout. Hunter (11-0, 7 KOs) and Rakhmanov (12-2-1, 6 KOs) first met on February 5, 2019, in an eight-round welterweight contest that resulted in a narrow split-decision victory for Hunter. In the ShoBox co-main event, 2016 Olympian and undefeated super lightweight prospect Richardson Hitchins (10-0, 5 KOs) takes on Rhode Island’s Nick DeLomba (16-2, 5 KOs) in a 10-round bout.

“Avenging the only loss of his career says a lot about Kevin Newman,” said the former four-division world champion and expert boxing commentator Jones, who serves as one of Newman’s trainers and mentors. “He’s not afraid of nothing or nobody and he wants to go and do his thing the right way. He wants to makes sure there are no blemishes on his record. The loss, if you go back and avenge that loss, then that’s no blemish. You lost but you went back and beat him. You proved that it was just a bad night.

“He cares about what people think about him. He cares about his own career because he wants to keep it clean, and he did that. A great winner has to be a great loser. He was a great loser by coming back and proving exactly what he said was wrong. He said, ‘I’m not making any excuses, he got me, but he won’t get me again. When I get prepared, I’m going to go back and do it the right way.’ And that’s exactly what he did. That’s how you’re supposed to lose gracefully.

Here is what the fighters had to say on Thursday from Mayweather Boxing Club:

“I was born and raised here and this is the mecca of boxing, they say. So with that being said, me coming from Vegas, it’s electric because I have a lot of friends here. They are out here supporting me and they really want to see a young kid from Vegas who comes from not the best area succeed. The love is electric here.

“We’re locked in. This is going to be a good statement. It’s still going to be another step-up even though I already got rid of this guy. So now I have to do it in a better fashion.

“I was preparing for Malik Hawkins so I was really trying to train for a tall guy. But you have to make adjustments and you have to stay in the present moment, so for this camp, I just made sure I had premium gas in my tank. I already know my opponent pretty well, but I went back and watched our first fight. I saw that he was leaping in a lot and I was giving him too much, so this time I’m going to make sure he pays every time he leaps in.”

“Training camp was very great and smart. I’m very excited for this rematch. For me, this fight is better than a title fight. I want to show Friday night what I’ve been working on.

“And I understand my little mistakes and my opponent’s mistakes and that’s what I’ve been working on during my whole training camp. I got a lot of good sparring this camp with Jessie Vargas and a couple more undefeated fighters.

“Fans can expect to see a war on Friday night. For fans, it’s a rematch, but to me it’s different. This time it’ll be a much smarter fight.

“I’m more excited for this fight than the first fight because I want to redeem myself and climb the rankings after a win on Friday night.”

“Every show is important, whether it’s on TV or not. I’m definitely looking for the knockout. If it comes, it comes. I can’t predict a specific round, but I really can’t see him going past five with me.”

“I had one of the best camps I’ve ever had. I had a new strength and conditioning coach brought onto the team. He did a phenomenal job with me. I got great work from both my head coach and my assistant coach. We trained hard. We fought smart. We’re ready.

“I want to give a big shout out and thank you to my sparring partners, Jermaine Ortiz from Worcester and Rashidi Ellis from Somerville, Mass. They were my two main sparring partners and they helped me a lot in this camp and got me ready for this fight.

“Hitchins is a tough opponent. He’s up-and-coming, he’s 10-0. He’s one of those prospects that are coming up and they are testing him. I am here to put him to the test and see exactly what type of fighter he is. I’m making my debut on SHOWTIME so it’s really important for me to look good. I’ve fought on some streaming services before but nothing as big as ShoBox, so it’s an honor for me and something I’ve wanted to do my whole career. I’m going to go out there, do my best and show that I can take it to that next level.”

“I feel good. Just sharpening the tools and working on little game plan stuff. Just making sure everything is in order and the game plan is all worked out. I know my opponent is tall, kind of lanky but at the end of the day the skills pay the bills.

“Training camp has been great, and we are definitely ready for 10 hard rounds. In preparation for this fight, I ran a lot more than usual.

“My keys to victory for this fight are to walk him down with my jab and make him feel my right hand.

“It feels good to fight for the first time on SHOWTIME so that people can see how good I can fight. It’s a big platform, but I feel right at home and where I belong.”

“Roy [Jones] has had a tremendous influence on Kevin Newman. Roy and Floyd Mayweather were his favorite fighters growing up and you can see where he’s patterned his style a lot after Roy.

“It’s a great thing, picking up little nuggets from an all-time great like Roy Jones is a dream come true. He’s been very positive and he’s learned a lot from him. I look to see some of the new things he’s picked up on Friday night.

“It’s a terrific card. I really enjoy these smaller cards than the bigger cards because it’s fun watching these fighters develop in the early stages of their career and watching them grow along the way.

“It’s a tremendous platform to develop your young fighters as far as the exposure that they’re getting, it’s phenomenal. I continue to tell our guys that these opportunities don’t come to you, they have to make the most of these opportunities.

“Each fighter and every fighter has something to prove to themselves and it’s a good opportunity to step-up and develop more fans.”