Golden Contract is back this Friday night 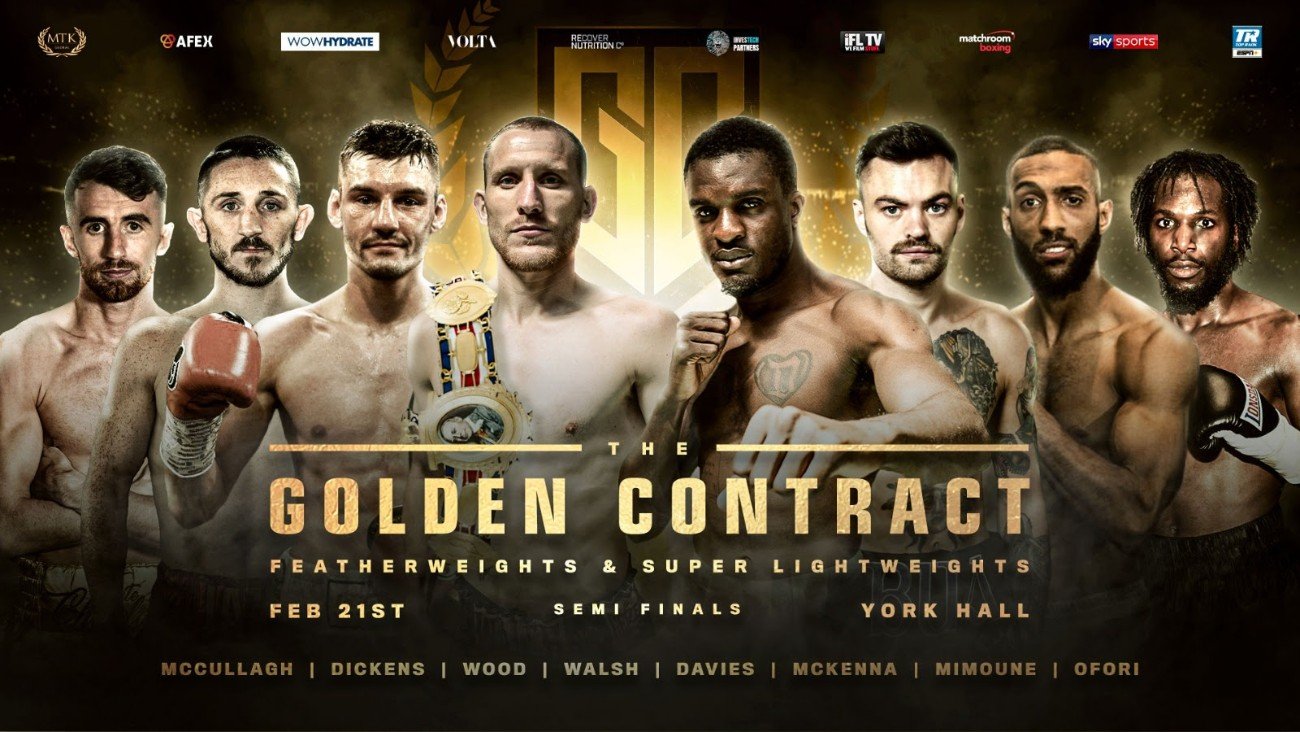 By Ian Aldous: On Friday night, MTK Global’s exciting tournament format, the Golden Contract, returns to our screens. Sky Sports (UK) and ESPN+ (U.S.) will broadcast all the action from a sold-out York Hall in London.

The featherweight and super-lightweight tournament brackets reach their semi-final stages and we will find out who’ll go on to compete in each divisional final later this year.

Arguably the win of the round saw Commonwealth featherweight champion, Leigh Wood (23-1) stop 2016 Olympian, Davey Oliver Joyce. It’s a stellar quartet of 126lbs fighters who are gunning for the Golden Contract.

The cast of super-lightweights is topped by France’s former IBO world champion, Mohamed Mimoune (22-3). He stopped Darren Surtees who, at the time, was undefeated. Ohara Davies (20-2) systematically broke down and stopped Logan Yoon. Davies has fought at a good level for a while now, so he will stake a valid claim that he could be the favorite to win the 140lbs Golden Contract. Tyrone McKenna (20-1-1) eased his way to this stage with a points win in his quarter-final. Jeff Ofori (10-1-1) rounds out the final four. He surprised most by getting past Kieran Gething via a razor-thin fourth-judge decision.

One of the most intriguing factors of the Golden Contract is that the fighters don’t even know who they’ll be fighting until this week! Here’s how the fight week draw works as explained by MTK:

The draw takes place on Tuesday, so stick to MTK’s social media channels to find out who’s fighting who!

Boxing » News » Golden Contract is back this Friday night