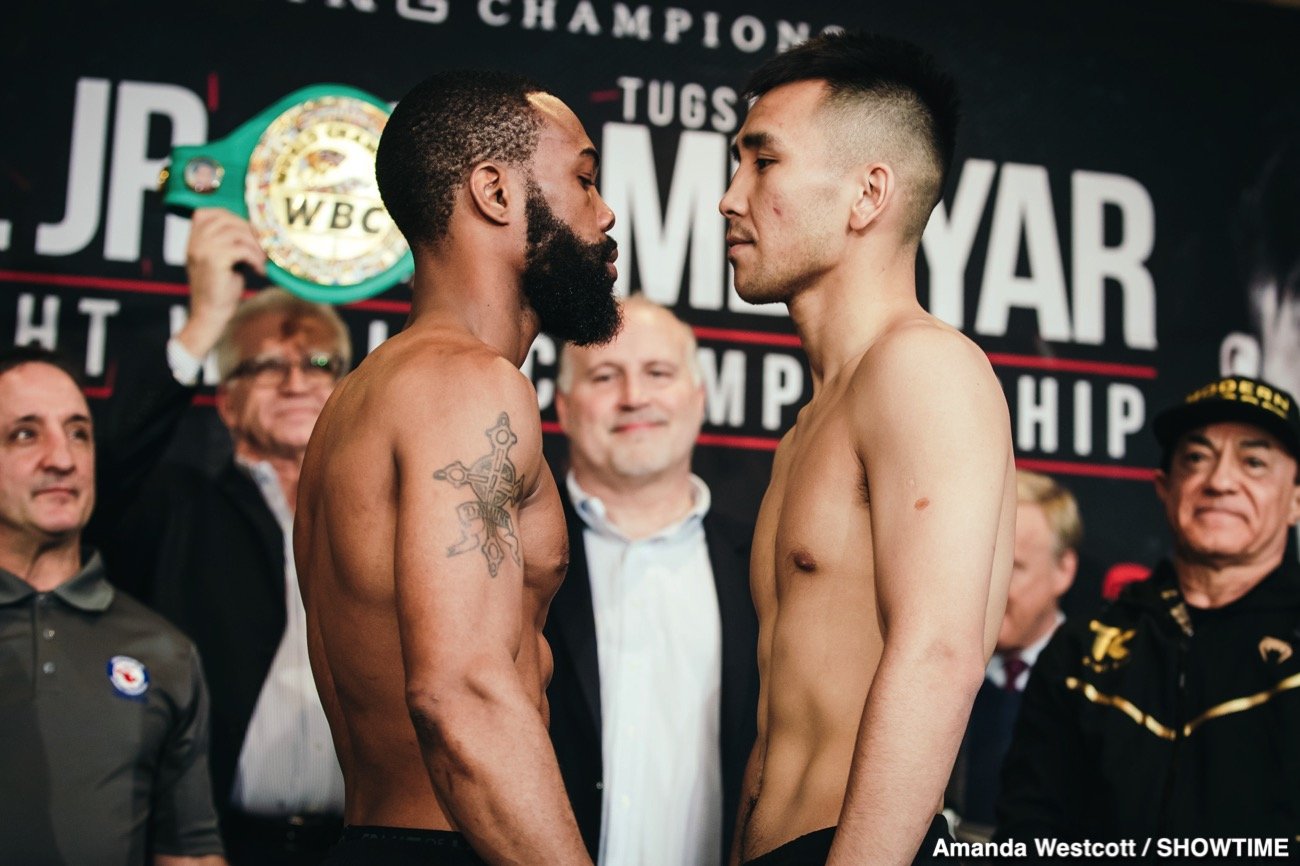 “My toughest challenger is myself. I never focus on my opponent. My toughest challenge is preparing myself to the best of my ability. I think he’s a good fighter. I think he’s going to bring his physical best. He has everything to gain and nothing to lose, but I feel as though he’s going to need a little more than that. The difference will be my speed, punching power, ring generalship and boxing IQ.

“I believe that all three of the Russell brothers can be world champions. I want to be the set of brothers that makes history. I’ll be in the corners for my brothers tomorrow night. It’s fun. It’s something that I genuinely enjoy doing and supporting my younger brothers is definitely what I want to do. Hopefully, we’ll all get these ‘W’s’ come tomorrow night.”

“I plan on moving up immediately after this fight,” said Russell Jr. to Fighthype when asked if he’d be interested in fighting Shakur Stevenson after his title defense against Tugstsogt Nyambayar this Saturday.

Russell Jr. to move up in weight if no Santa Cruz fight

“If I don’t get Leo Santa Cruz, I’m moving up. We’ve been in the same weight division for the last four years, and I’ve had the same title for the last 4 years,” said Russell Jr. on Santa Cruz not fighting him. “What’s the reason he [Santa Cruz] didn’t fight me then? I have the most prestigious title there is in the sport of boxing, which is the WBC.

“It’s one of the most notificible sanctioning bodies in the sport of boxing right now,” said Russell. “Why hasn’t none of the other champions been trying to get this title? Becuase I’m the one that’s holding it. There’s a reason for that. So I’ve got to push these guy’s backs against the wall, and make them have to fight.

Russell Jr. doesn’t want a tune-up after he moves up

“I’m a world champion, and I’m not signed to any promoter, manager or any major network,” said Russell. “I’m a free agent. Me and Al Haymon have a great working relationship. I have the flexibility to move as I please. And I don’t think any of those things will stand in the way of me getting any of these fights made.

“I don’t want a tune-up, I don’t need no tune-ups, and I don’t need any of that,” Russell Jr. said. “Apparently, these dudes feel that they need some sort of extreme disadvantage. Me moving up in weight would give them the disadvantage that hopefully they’d be willing to take the fight.

“We were made promises to get a date in May or June. Hopefully we can get Leo Santa Cruz or one of these guys that we’re talking about. I’m not sure though as of yet,” said Russell Jr

“I don’t feel any pressure that my whole country will be watching. I’m a fighter and this fight is mine. I’m here to win. This will be a good fight and I’ll be the next champion.”

“This is really my weight – 118. I fought at 122, but I feel very comfortable at 118. Boxing is like mathematics, so we’re going to adjust to whatever my opponent brings. We can box and also, what you saw in my last fight, I can also bring that tomorrow.”

“There’s always that same hunger to win a championship again. It’s been a while, so I want it back. With faith in God, I will get it back tomorrow. I want to state that me and Guillermo are both warriors. We’re both going to give a great show out there. If he comes out boxing, then I’ll box him. If he comes out with pressure, like he did in his last fight, then I will come out that way. We both want this fight. We know it’s a great opportunity and I’m going to show the best of me tomorrow.” 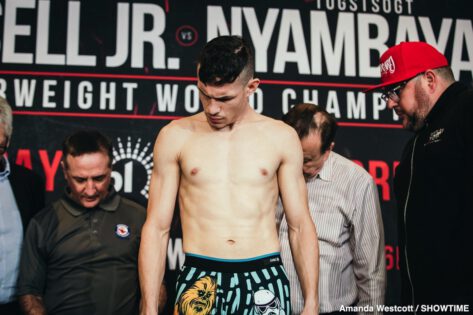 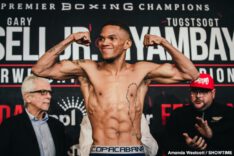 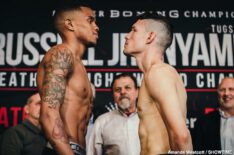 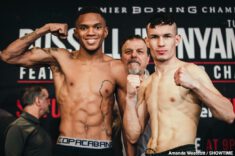 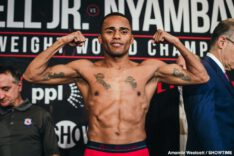 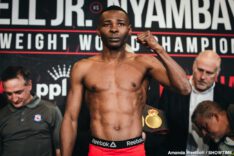 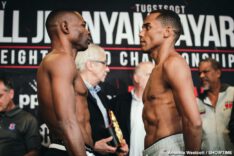 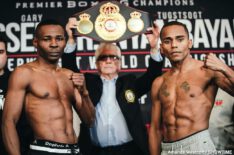 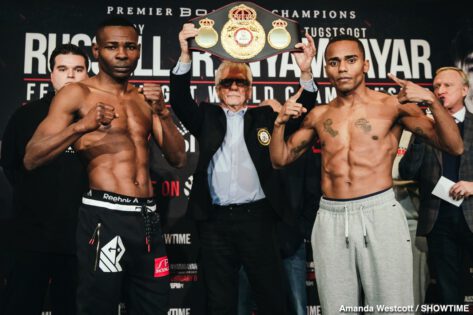 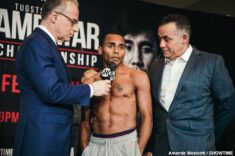 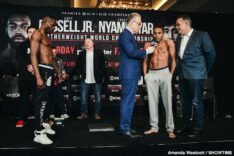 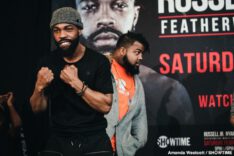 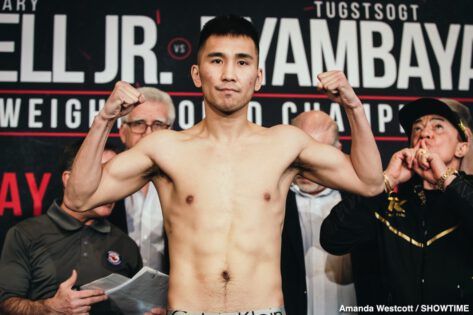 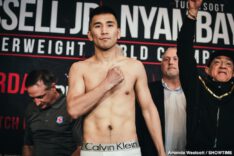 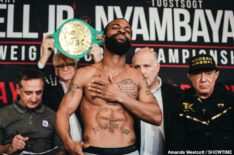 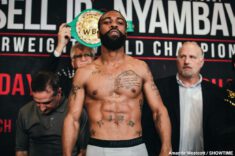 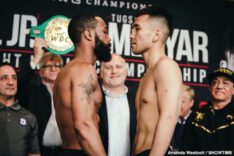 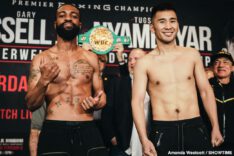 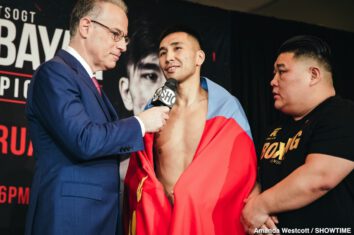