Feigenbutz Fires Warning: No Boxer Is Unbeatable Including Caleb Plant! 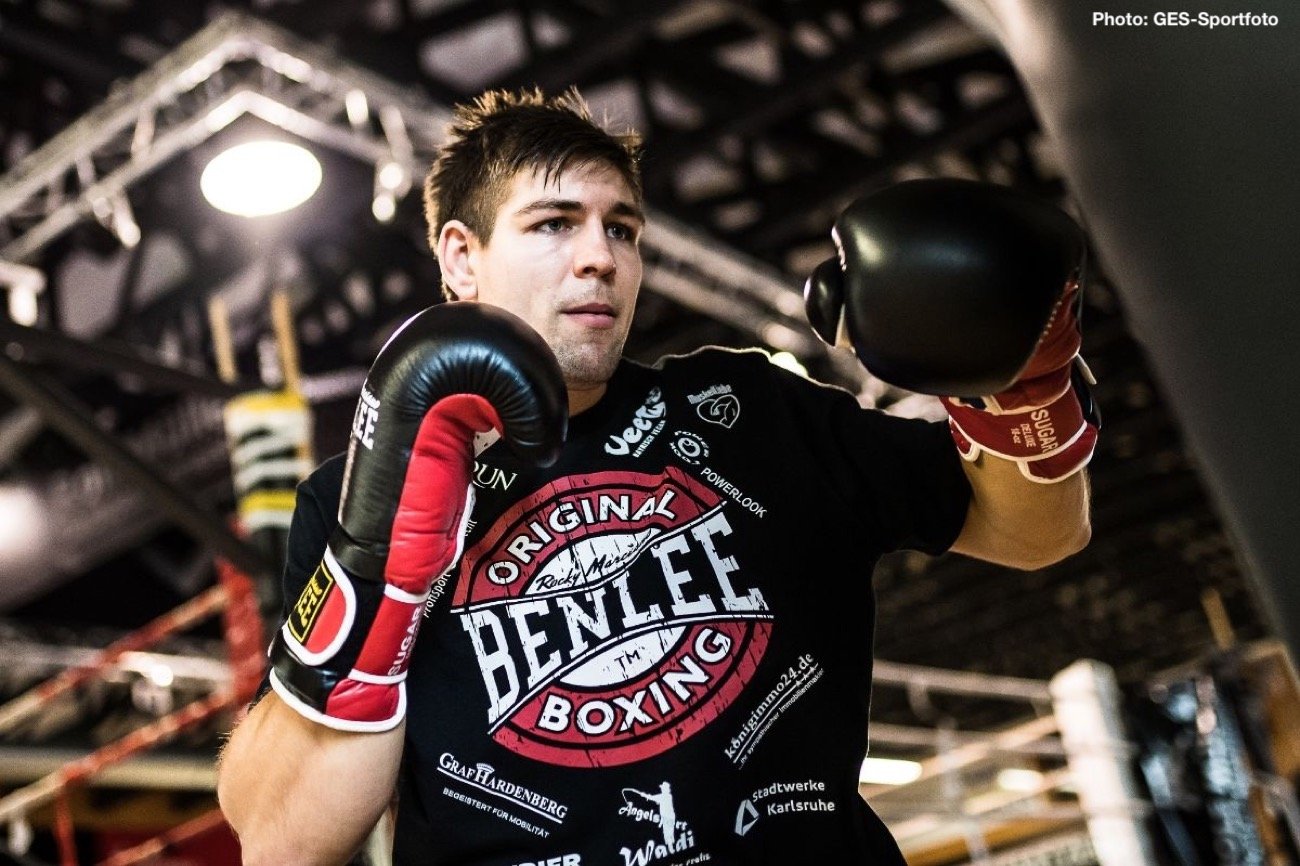 24-year-old German contender Vincent Feigenbutz (31-2, 28 KOs) holds no fear about facing Caleb Plant (19-0, 11 KOs) as he prepares to challenge the undefeated American this Saturday night for the IBF Super Middleweight World title at the Bridgestone Arena in Nashville, Tennessee.

Yesterday’s media workout, taking place at Nashville’s Music City Boxing Gym, gave the assembled US press their first opportunity to meet the man known as the ‘KO King’ due to his fearsome punching power, and before giving fans a brief taste of what to expect as he hit the pads, Feigenbutz made it clear he was ready to fulfill his lifetime ambition of winning a World title in the USA.

“I am fighting an American fighter on American soil, so everyone knows that a knockout will make it easier to get the victory,” said Feigenbutz. “However I believe that no boxer is unbeatable and this definitely applies to Caleb Plant.

“My team and I have analysed what Caleb’s strengths and weaknesses are,” Feigenbutz continued. “He is a strong boxer and very good athlete, however I am a German warrior. I have a strong punch and I’ve proven that many times. I will look for my chance until the very last second and I am a fighter who will never give up.”

Having not fought outside of Germany since 2016, Feigenbutz is looking forward to making his US debut and has enjoyed his introduction to Nashville.

“My jet lag has gone and I’m feeling very comfortable. I’ve been out in the city and there seems to be a lot of excitement about the fight. I’ve met lots of nice and hospitable people who have treated my team and I with respect and it’s good to see the Americans are looking forward to the fight.

“Even though my fight will be in the middle of the night I’m sure my fans will stay up to watch me in Germany. It’s good for me to know that any fans who couldn’t travel to Nashville will still be watching on TV and cheering me on, this gives me even more motivation. I hope I can do my part to bring German boxing back to where it belongs!

“When I bring that belt home it will be a big step in the right direction for myself and my country. I want to become a World Champion. That has always been my dream and my ultimate goal. A big thank you goes to my promoter Team Sauerland, my partners, sponsors, friends, family and my manager Rainer Gottwald. On Saturday I will repay you!”

The IBF Super Middleweight World title clash between Caleb Plant and Vincent Feigenbutz takes place at the Bridgestone Arena in Nashville on February 15th with all the action broadcast live on Fox in the US, Sport1 in Germany and BoxNation in the UK.