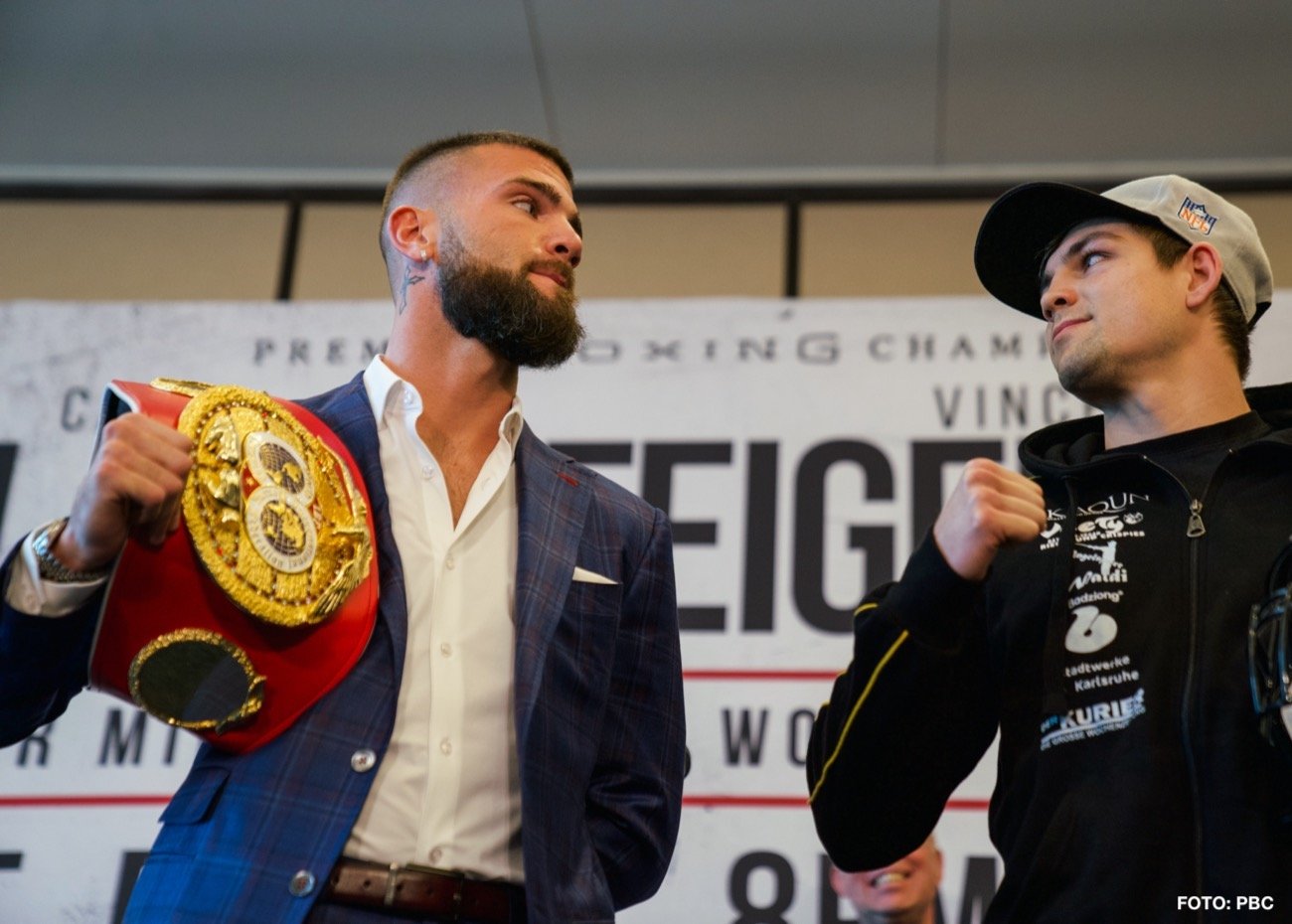 The ‘KO King’ Vincent Feigenbutz (31-2, 28 KOs) came face to face with Caleb Plant (19-0, 11 KOs) for the first time at Thursday’s press conference ahead of their IBF Super Middleweight World title fight this Saturday night at the Bridgestone Arena in Nashville, Tennessee.

Following a lively press conference, both champion and challenger refused to back down from the face off and despite the best efforts of lightweight Diego Magdaleno to intervene, the two headline acts continued to square off until they were finally separated following an intense stare-down.

24-year-old Feigenbutz, who achieved his mandatory status with the IBF following ten consecutive victories with nine of them coming via way of knockout, made it clear he was not fazed about facing Plant in the American’s backyard.

“I don’t care that we’re fighting in his backyard,” said Feigenbutz. “I’d fight him anywhere, I’d fight him in a toilet. I’m coming to fight and he’s going to have to fight me every second in there.

“I’m excited to be here in Nashville, coming all the way from Germany. I’m prepared for this fight, it was a short but intensive preparation and we are happy to be here and to have this opportunity. It’s always been a dream of mine to fight in the US, I love this country and this is something I’ve worked my whole career for.

“You will see how I bring the fight on Saturday night. I’ve prepared with the best training camp of my life. I don’t care about anything Plant says to me today, because in the ring, I’ll have the answer for everything.”

Plant, who won the IBF World title with a points victory over Jose Uzcategui, is looking forward to realising his lifetime dream of fighting in Nashville having been raised in nearby Ashland City.

“Saturday night I get to live out my dream,” said Plant. “I can’t wait to get in the ring in front of all my family, friends and peers. This World title is staying right here in Nashville.

“This is something that I’ve worked for literally my whole life. I’ve sacrificed everything for this. Since I was a kid, it was not only a dream of mine to fight in Nashville as a World Champion, but to defend my World title at the Bridgestone Arena.

“Walking to that ring Saturday night is going to be a spectacular moment,” continued Plant. “It’s all of my life’s work coming down to that moment. This is the biggest fight of my life and I trained as such. I pushed myself to exhaustion.”

The IBF Super Middleweight World title clash between Caleb Plant and Vincent Feigenbutz takes place at the Bridgestone Arena in Nashville on February 15th with all the action broadcast live on Fox in the US, Sport1 in Germany and BoxNation in the UK. 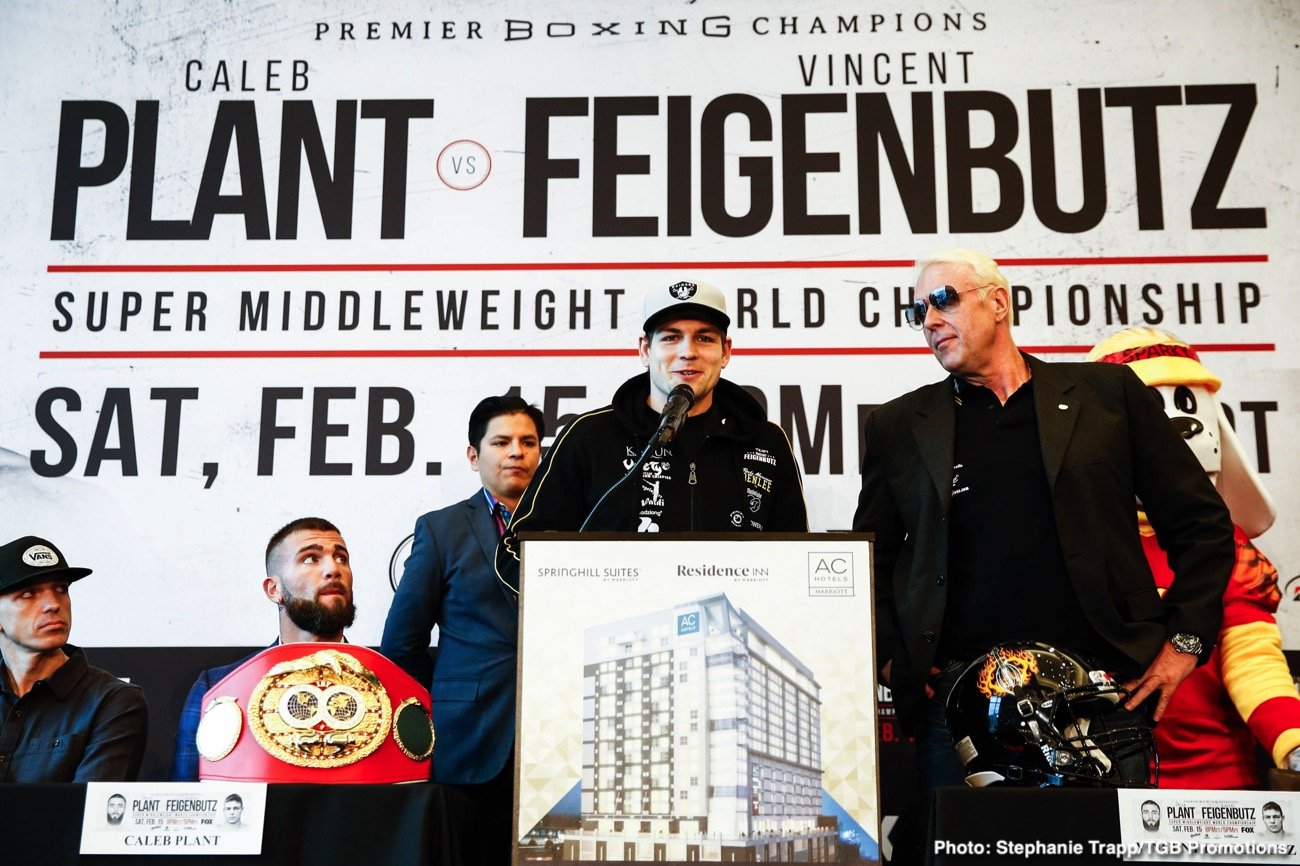 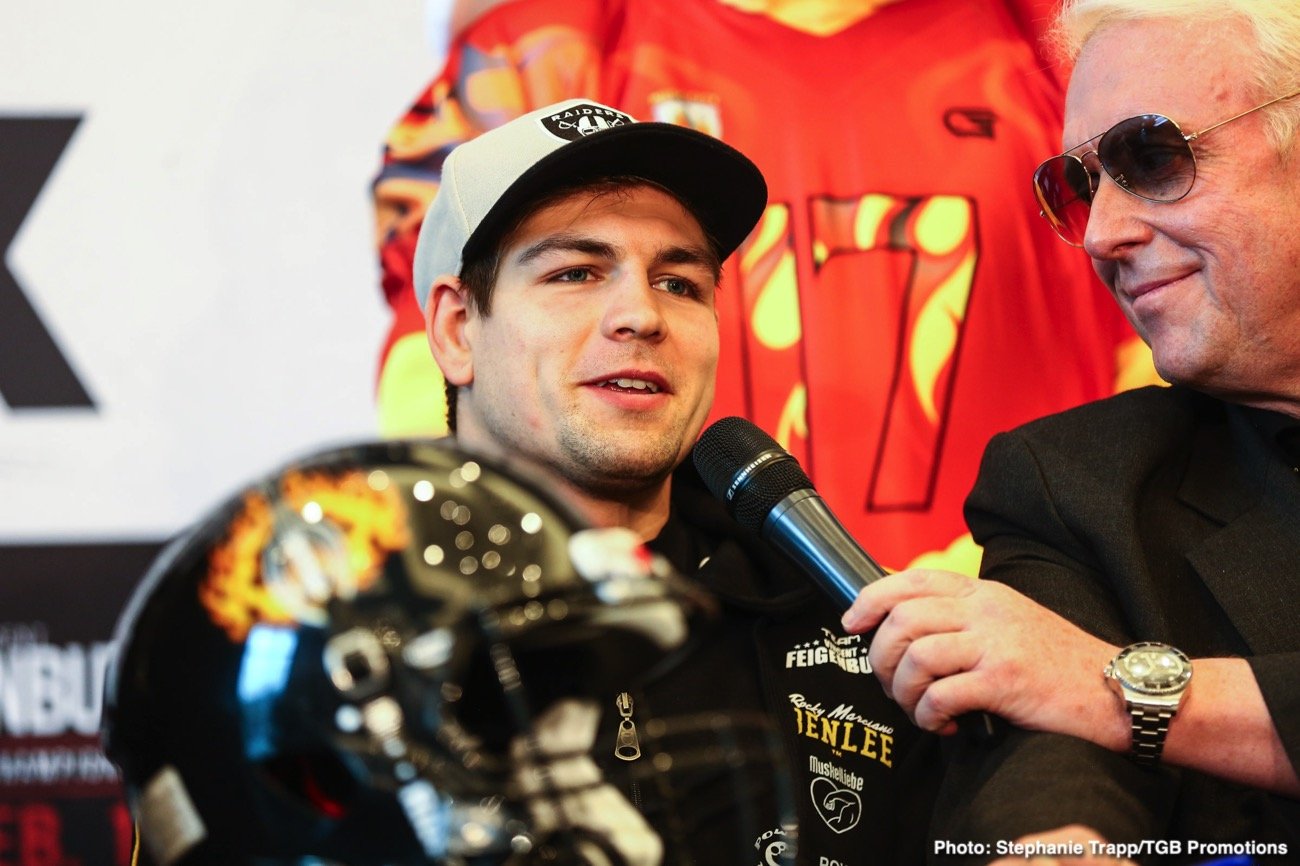 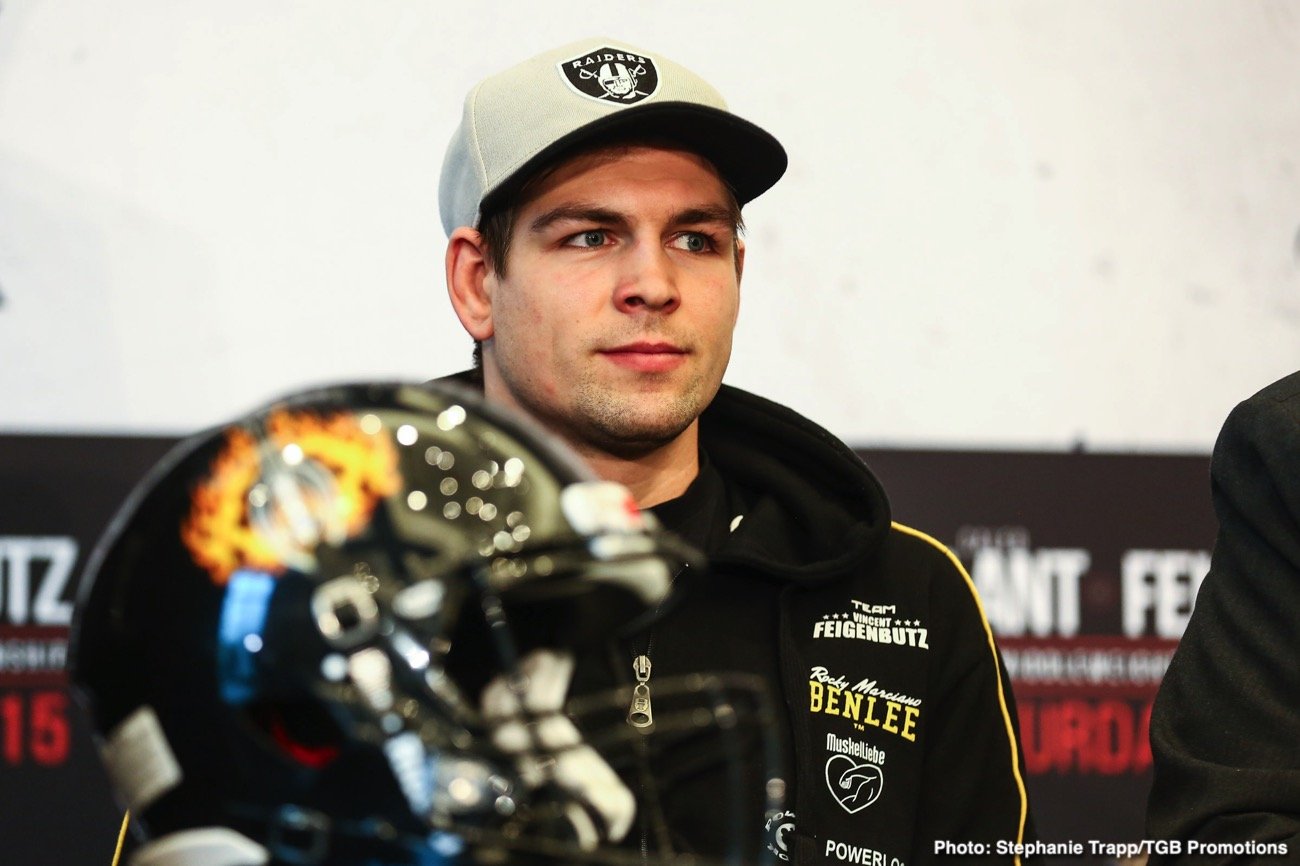 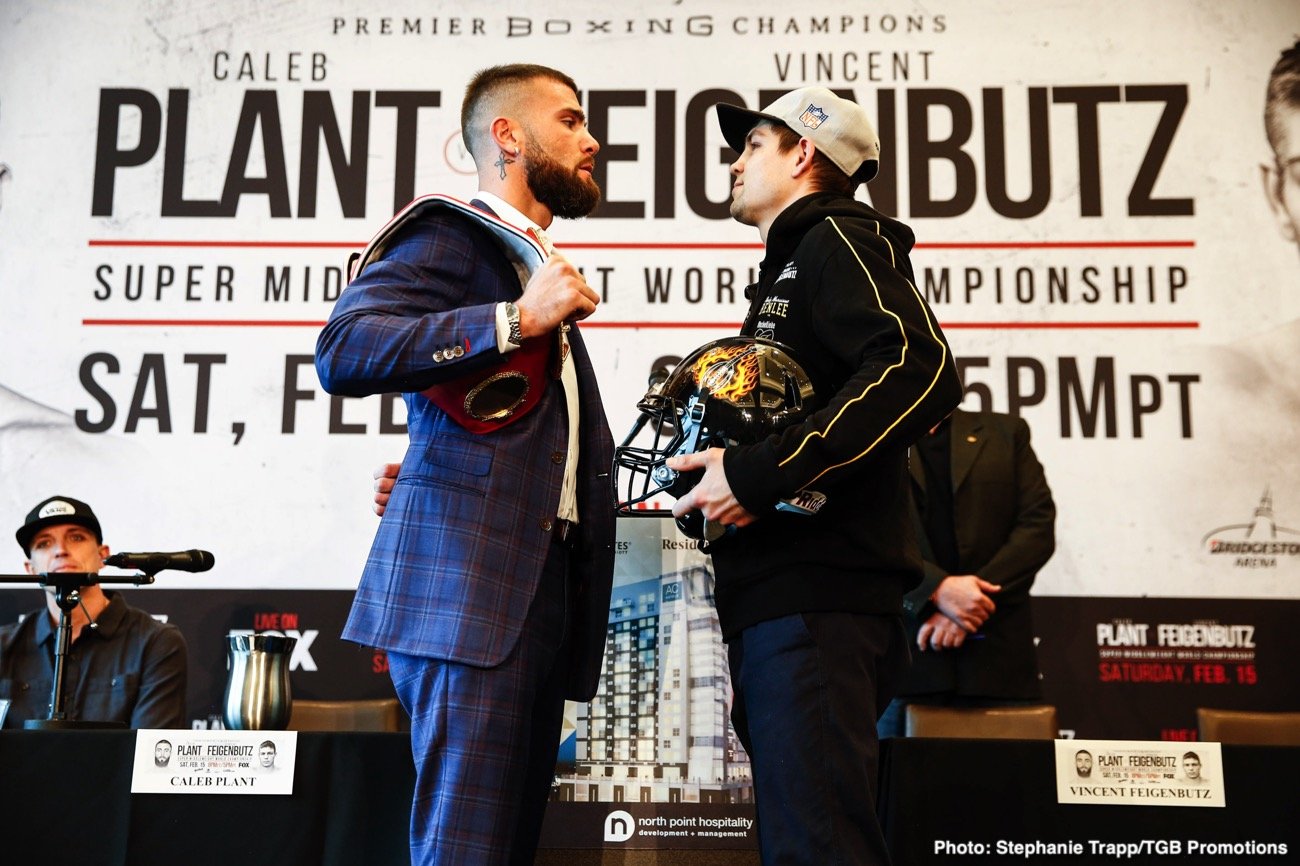 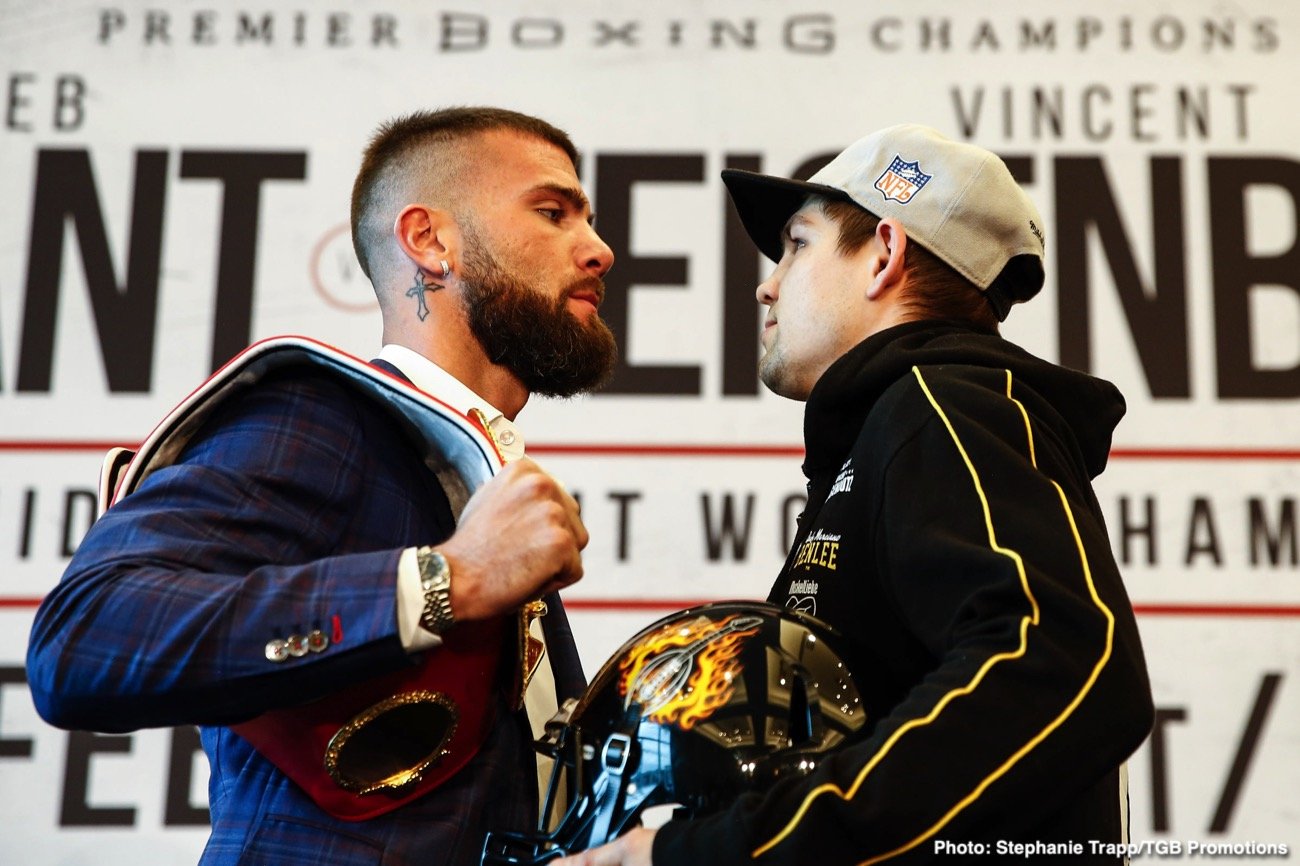 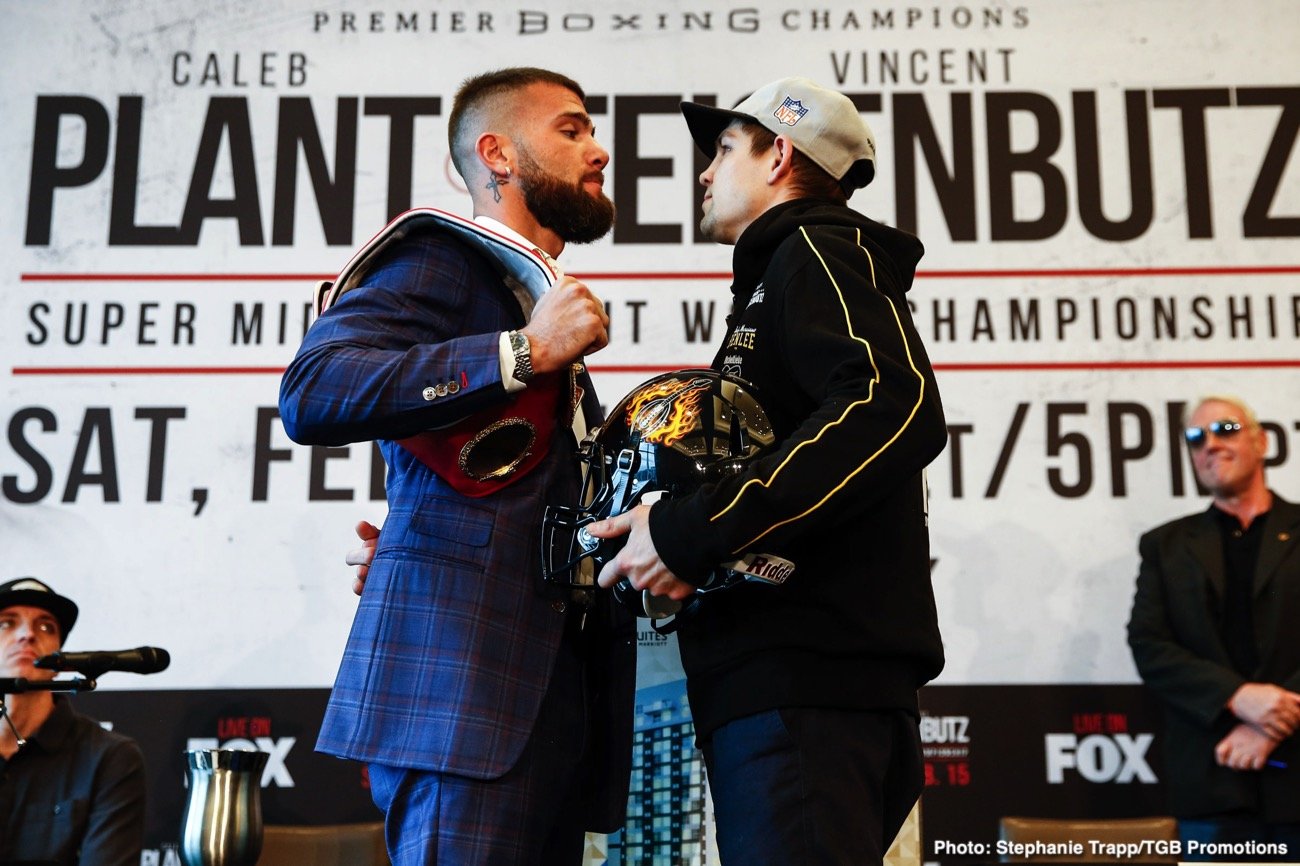