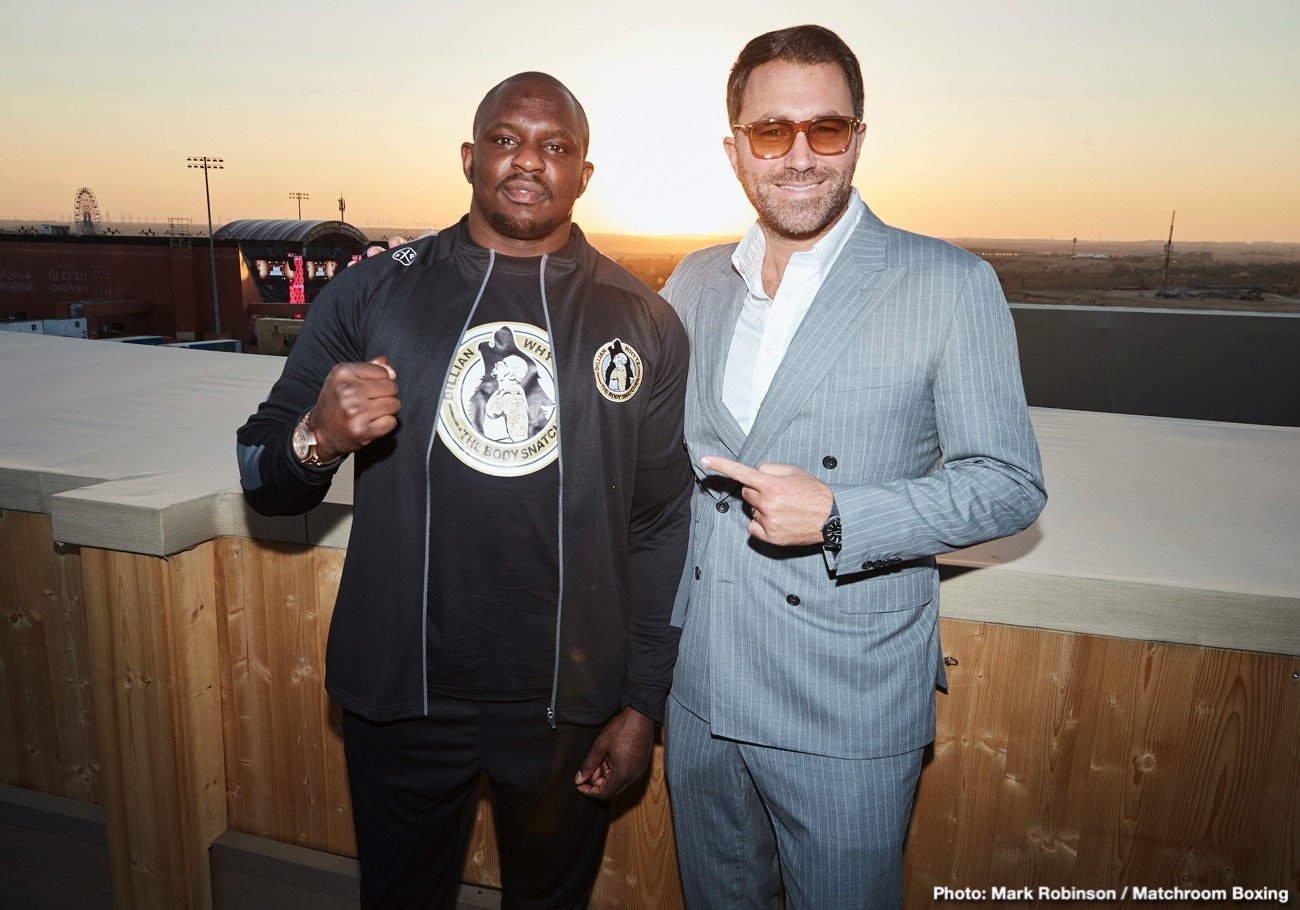 By Charles Brun: WBC heavyweight champion Deontay Wilder says Dillian Whyte has numerous chances to try and earn a fight against him, but he’s failed to do so. Wilder (42-0-1, 41 KOs) says he sees Whyte as a “liar” when he says he wants to fight him, because he had the opportunities to earn the fight and he failed to take them.

Wilder told ESPN Whyte could have fought Luis ‘King Kong’ Ortiz in a WBC mandated title eliminator, but he failed to do it. Whyte chose to fight Dereck Chisora instead of fighting Ortiz. It’s possible that Whyte chose the Chisora fight because it was a bigger fight in the UK, and more money than a fight against Ortiz would offer. Arguably less risk for Whyte fighting Chisora than a talented guy like Ortiz.

Whyte eventually did earn the WBC mandatory position last July in beating Oscar Rivas in a title eliminator. It just took Whyte a little bit longer than it would have had he faced Ortiz in the WBC title eliminator when they ordered it.

Wilder: Whyte had multiple opportunities to fight me

“You know, this is a guy who simply is a compulsive liar, talks about his desire to face me,  but it’s all a lie,” said Wilder to ESPN.com about Whyte. “He has had multiple opportunities to fight with me.

“I told him to fight (Luis) Ortiz; Not only did I tell him, I gave him my word (that he would be his next rival)… I can go even further, but wasting time with him makes no sense,” said Wilder.

After that, Whyte will be the mandatory for whoever emerges as the winner of the two Wilder-Fury fights in 2020. However, if it’s Fury that winds up with the WBC title, then Whyte can forget about it. Fury said this week that he’s got three fights left in his career after his February 22 rematch with Wilder. Those fights are as follows:

Initially, Fury named Whyte as part of his three-fighter list before retiring, but he changed that this week in removing him from the list and replacing him with Chisora. It’s unknown why Whyte was removed from Fury’s three-fighter list, but perhaps his constant complaining about not getting a title shot has annoyed Tyson?

If Whyte never does get a shot at Wilder or Fury, he at least has the option of facing fellow stablemate Anthony Joshua. Whyte could have fought Joshua in 2019, but opted not to.