Canelo Alvarez: Will U.S fans watch if he faces Murata or Saunders? 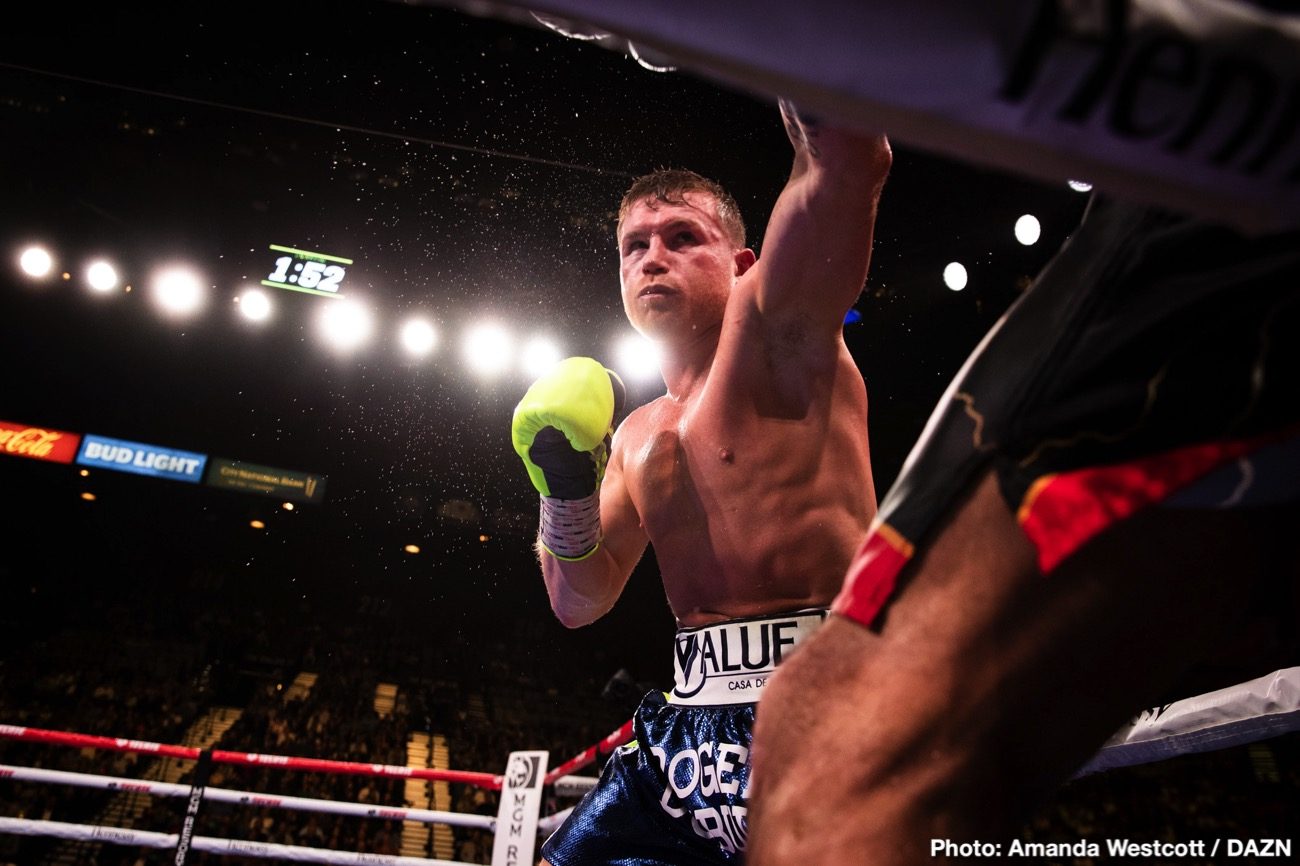 By Dan Ambrose: With less than 3 months to go before Canelo Alvarez’s next fight date on May 2, he still hasn’t named his opponent for that date. The Mexican star is expected to pick one of these names for May: Billy Joe Saunders, Callum Smith or Ryota Murata.

With those three as Canelo’s options for his next fight, he’s likely to disappoint fans no matter which of them that he selects. The only name of that bunch that might bring in some interest is Callum (27-0, 19 KOs), and that’s mainly because the odds-makers will give him a decent chance of beating Canelo.

The Japanese star Murata has had a number of his fights streamed on ESPN+ for Top Rank, but they’ve failed to interest the larger U.S boxing public. There are a lot of American fans that don’t subscribe to ESPN+, but even if they did, they likely would have ignored Murata’s fights against Rob Brant, Steven Butler, Emanuele Blandamura and Hassan N’Dam. Murata hasn’t been fighting the type of opponents that would interest U.S fans, so it doesn’t matter that some of his contests have been shown in the U.S on ESPN+.

Murata has struggled when facing fringe level fighters Brant and N’Dam, and he likely won’t be much competition for Alvarez. Saunders is arguably the worst of the bunch by far. He can’t punch, has poor stamina, and looks like he’s lost a few steps due to years of him facing lower level opposition and frequent injury problems

Although ESPN reported on Monday that negotiations between Canelo and WBA secondary middleweight champion Murata (16-2, 13 KOs) have collapsed, you have to believe that’s not the case. This is very likely angling being done by Canelo and his promoters at Golden Boy Promotions to get a better deal with the 34-year-old Murata, who is a massive star in his native Japan.

Canelo and DAZN could do well with Murata fight

There’s a lot of incentive for Canelo to stick it out with the negotiations with the 2012 Olympic gold medalist Murata until the bitter end. This is not just about the former four division world champion Canelo Alvarez. It’s also about DAZN, who would be greatly helped if Canelo faces Murata next. It’s an ideal situation for Canelo.

Not only is he helping himself, but he’s making DAZN happy. The streaming giant hasn’t been bashful about their desire to see Canelo fight Gennadiy Golovkin in a trilogy fight. They’re paying Canelo a lot of money, and a third fight between those two stars would bring in a ton of new subscriptions for DAZN.

Canelo doesn’t want to make the third fight with GGG yet, but most believe he will later this year. In the meantime, Canelo can help himself and DAZN by fighting Murata in May. It might not be on May 2nd, which is the Cinco de Mayo holiday. He could instead face Murata on May 24 in Japan.

Canelo fighting Saunders is going to be an extremely tough sell for the U.S market, because he’s someone that isn’t too well thought of my the hardcore boxing fans in the States.

The casual fans, of course, have never heard of Saunders, but they’ll be sure to stay away from watching Canelo if he chooses to fight him. Once the casual fans hear about Canelo being matched against a tremendous underdog in Saunders, they’ll stay away in droves.

Canelo will have some advantages in facing Saunders. He’s not a threat to beat him, so Canelo will have another Sergey Kovalev level opponent that stands no chance of beating him. It’s good for Canelo because he likely won’t take punishment, and there won’t be the stress there that he would have if he were fighting a good fighter like Golovkin or Jermall Charlo.

Saunders would be a good pick if Canelo was mainly interested in winning over new boxing fans in the UK. But picking Saunders as his opponent would come at the expense of losing new subscriptions for DAZN in the U.S. There’s just no interest from American fans in seeing Canelo fight the 30-year-old Saunders, and there never has been.

If Saunders had done his job, and fought the guys that he should have years ago, he would likely have a bigger name now. Of course, if Saunders had fought guys like Demetrius Andrade, Jermell Charlo and Gennadiy Golovkin in the last 5 to 7 years, he probably would have been beaten by all of them, and he wouldn’t be getting the fight with Canelo anyway.

The 29-year-0ld Smith is no more known by U.S boxing fans than Saunders or Murata, but he’s clearly far more dangerous to the 5’8″ Canelo. So in that respect, there’s a tremendous amount of risk involved for Canelo but with little to gain.

Assuming Canelo beats Callum, fans won’t in the States won’t be impressed because they’ve never heard of him. The knowledgeable American fans know Callum full well, but they mostly think he lost his last fight against John Ryder last November. Again, Canelo won’t get full credit from these fans, because Ryder exposed Callum.

The 6’3″ Smith’s claim to fame is beating George Groves by a 7th round knockout to win the World Boxing Super Series tournament on September 28, 2018 in Jeddah, Saudi Arabia. However, this was Groves coming off of a bad shoulder injury in his previous fight against Chris Eubank Jr. in the WBSS tourney.

Groves’ left shoulder came out of the socket during the 12th round of the fight. The shoulder injury did a number on Groves, and left him arguably a one-armed fighter when he fought Callum in the finals of the WBSS tourney in September 2018. If you take away Groves’ from Callum’s eight-year pro resume, he doesn’t have any real names that shows that he’s for real. Aside from Groves, these are the best fighters Callum has fought: