Can Jessie Vargas pull off the upset against Mikey Garcia? 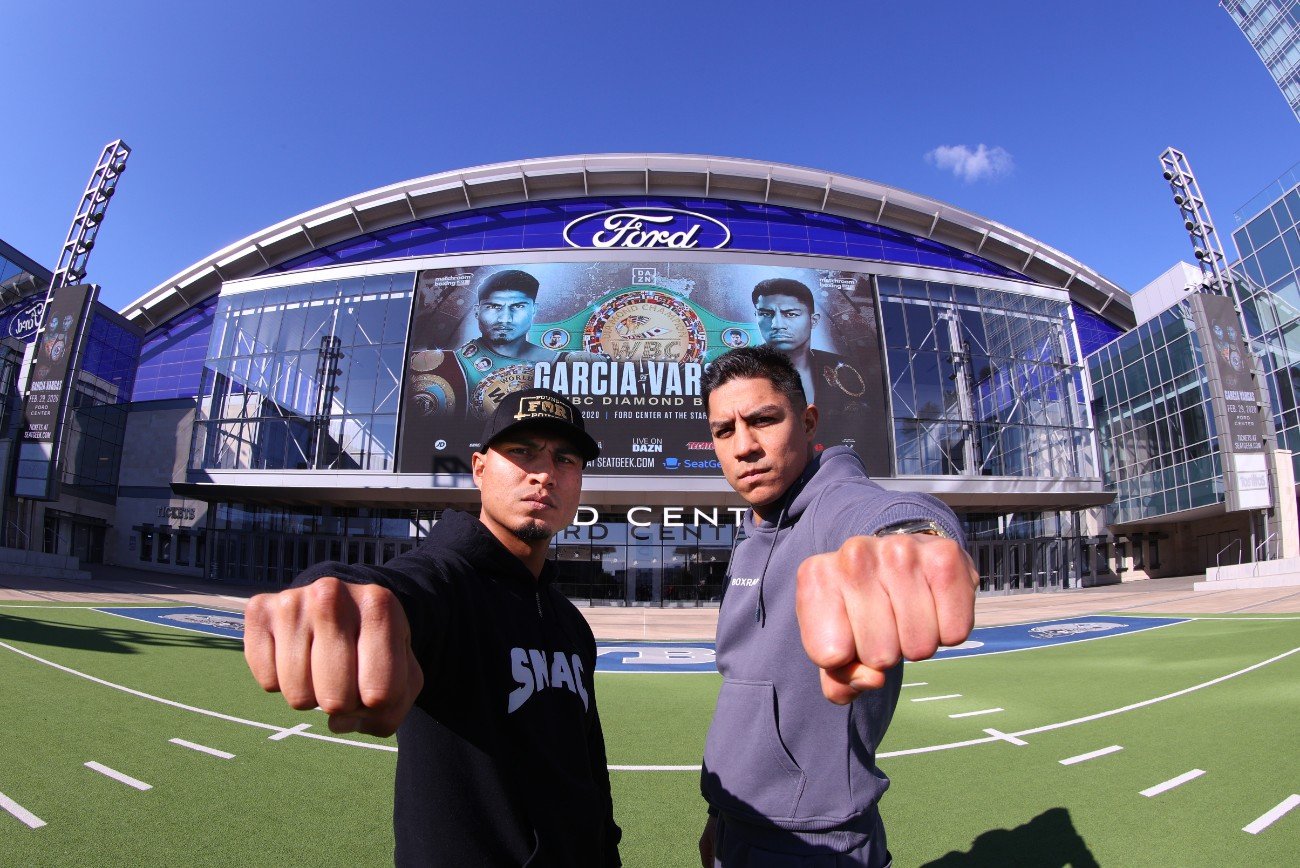 By Jeff Aronow: Jessie Vargas is coming into this fight this Saturday as the underdog against Mikey Garcia, but he’s really to pull off the upset to open the doors for a big world title shot in 2020. The two former world champions are fighting live on DAZN this Saturday, February 29 at The Star in Frisco, Texas.

What’s at stake for the Garcia-Vargas fight potentially is a world title shot for the winner against WBA welterweight champion Manny Pacquiao. Matchroom Boxing USA promoter Eddie Hearn wants to set-up a fight in July in Saudi involving Pacquiao and Mikey if he wins on Saturday.

How Garcia vs. Vargas match-up

Vargas (29-2-2, 11 KOs) must fight better than he did in his last fight against 48-year-old Humberto Soto on April 26 last year. The 5’11” had a four-inch height advantage over the 5’7 1/2″ Soto, but he wasn’t able to stop him until the 6th. Soto looked like the smarter, and better-skilled fighter than Vargas by a long shot. What ultimately saved Vargas was his size and youth advantage.

Vargas will be enjoying an even bigger size advantage over the 5’6″ Mikey on Saturday than he did against Soto, but that might not be enough. Mikey has a lot of power and boxing skills going for him. Moreover, he’s not old like Soto, and he’s been working out a lot.

What could hurt Mikey though is the 11 months that he’s been out of the ring since his loss to Errol Spence Jr. last March. Mikey has been waiting for a big fight, and if just sit and wait as he is, a lot of time goes by. That’s one of the problems the big name fighters have. Once they start getting big paydays, that’s all they want. So they end up waiting for prolonged periods of time before they fight, and their careers suffer.

“I became World champion in 2016 and god willing, I will become champion again in 2020,” said Vargas.

Hearn didn’t mention whether Vargas would have the chance to fight Pacquiao if he is victorious on Saturday. What Vargas has going against him getting the Pacquiao fight in July is the loss that he suffered against the Filipino star in 2016.

A lot of the fans still remember Pacquiao’s victory over Vargas, and they won’t want to see those two face each other again. In addition, Vargas hasn’t done enough to come back from that defeat in the last 4 years for him to be an appealing option for Pacquiao to fight in the summer.

It’s Vargas and Garcia’s bad luck that their fight is coming on the heels of Tyson Fury’s big win over WBC heavyweight champion Deontay Wilder last Saturday. Most of the attention of the boxing world has been on that fight.

“It has all the ingredients to be like a Barerra-Morales style trilogy,” said Vargas of his fight with Garcia. “You never know because we are two fighters that are willing to do anything to come out with the victory.

“This is one of the fights that I am interested in because it’s going to generate a lot of interest and it’s my time to shine.”

Mikey should be able to out-box Vargas, as long as he doesn’t get caught into a war. If Vargas is able to draw Mikey into a prolonged battle, his big size advantage could play a factor in wearing him down. Mikey’s fight against Spence last year showed that he’s too small for the 147-lb division. Spence looked like he wasn’t trying as hard as he could have to take Mikey out and yet still him close to being stopped at one point. Vargas will definitely be trying hard to knockout Mikey, and he’s going to test him big time.

Kal Yafai: ‘Roman Gonzalez is DONE if he doesn’t win’ on Saturday »