Bob Arum talks McGregor vs. Crawford: UFC may not want to risk Conor

By Chris Williams: Terence Crawford’s promoter Bob Arum is still hoping the UFC will agree to his 2-fight plan involving Conor McGregor facing Terence in the octagon followed by a boxing match a few months later.

Arum thinks that Dana Whyte and the UFC may not want to take the chance of having McGregor face Crawford in the octagon because he has a wrestling background, and believes he would beat him. It seems pretty obvious to many boxing fans that Crawford will NEVER get a fight against McGregor, which is why Arum should move on.

Arum talking of wanting to match Crawford against McGregor sounds like a distraction. It’s too far-fetched to even be worth talking about.

It would be better for Arum to leave off the idea of Crawford fighting McGregor, and instead focus instead on trying to set Terence up with real boxers. Crawford (36-0, 27 KOs) has a pro for 12 years, and he still lacks a career-defining fight. He’s about to turn 33 this year, and career is flying by with him missing out on the big fights. 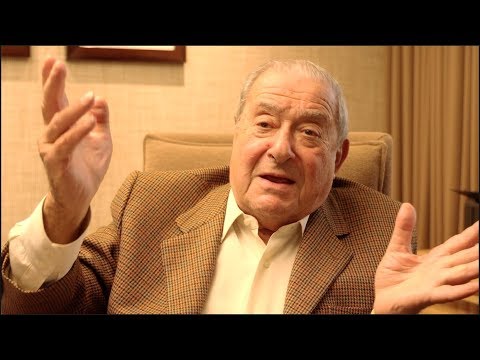 Arum thinks Crawford would beat McGregor in the octagon

“I don’t know what Dana White and the UFC will decide,” said Arum on his offer to them for Crawford to fight McGregor twice. “They may not want to risk Conor McGregor in an MMA fight against a boxer, because that would maybe hurt because I think Crawford would beat him.

“They may not want to risk that, but I know we’ve contacted his [McGregor] manager, and they seem amenable to at least to talk,” said Arum.

Arum recently floated the idea of Crawford facing the UFC star McGregor in 2 fights, the first under MMA rules and the second inside the boxing ring. Thus far, it doesn’t appear that McGregor, 31, or his UFC bosses have taken a shine to Arum’s idea.

McGregor with not much to gain in fighting Crawford

There’s a couple of obvious reasons why the UFC and McGregor aren’t taking up Arum on his offer.

There’s also an outside chance of Floyd Mayweather Jr. coming out of retirement for a rematch with Conor. Although it’s unlikely that Mayweather will be able to break free from the inertia that has taken hold of him, but you never know. 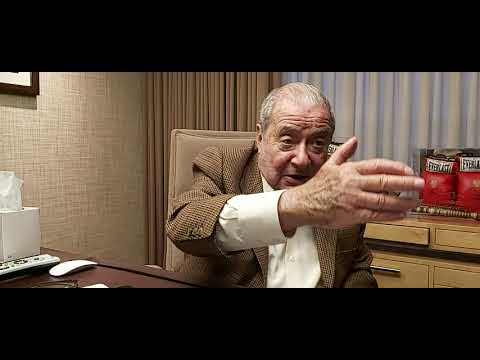 “If it’s boxing, obviously we’d like Crawford to fight Spence, but I don’t know that Spence’s physical condition now,” said Arum. “I don’t want to start any rumors or say. I know nothing about it.

“So probably talk to Al, probably after this fight [Deontay Wilder vs. Tyson Fury], Al Haymon, and see,” Arum said. “Or if Manny Pacquiao is looking for a dance partner, and changes his mind about not wanting to fight Crawford, then Crawford’s available.

“Crawford is the guttiest guy, and he’ll go in with anyone, but the problem is getting guys to fight him,” said Arum to The Lead. “One thing you can never accuse Terence of is ducking anybody. He is one tough customer. That would be a very, very good fight [Spence vs. Crawford], and hopefully, Spence has recovered enough from that accident to participate in that fight.

“We’ll have to see,” said Arum. “But if that accident doesn’t happen, we would hopefully be announcing a Crawford-Spence fight on February 22nd,” Arum said.

With Spence’s status still unknown following his car crash last October, Arum and Crawford will need to sit and wait. Spence will fight Crawford at some point in the future if he’s 100%. We’ll probably find out this year if Spence is the same fighter he once was if he returns to the ring.

“Yeah, but Pacquiao didn’t want to fight Crawford,” said Arum when asked if he regrets not making the Pacquiao vs. Crawford fight with the Filipino star was still with Top Rank. “I don’t know if he wants to fight him now. And I don’t know if it’s Pacquiao or the people advising Pacquiao now, who are now changed.

“I just don’t know, but the Pacquiao people shied away from a Crawford fight,” said Arum. “Totally not accurate, because they’re different styles,” said Arum when asked if Crawford reminds him of Pacquiao when he was younger. “Pacquiao doesn’t ever hit as hard as Crawford, and Pacquiao isn’t as good a boxer as Crawford. Pacquiao’s style, however, is intriguing because it’s so much movement, in and out, and around.

It’s tough to find him to land a telling blow. So I don’t want to demean Pacquiao’s ability, because we promoted him for over 10 years, and he’s a tremendous person and a great fighter. But his style is totally different from Crawford’s. Yeah, but different,” said Arum when asked if Crawford is a better boxer than Pacquiao was in his prime.

“Much more traditional, and much more the way we recognize fighters. Crawford’s great strength is to go from southpaw to orthodox. Fighters can’t do that that well. Certainly not as well as Crawford can. Well, Pacquiao’s style was totally different.

“He [Pacquiao] was elusive, and he would throw a punch, disappear, come out the other side, throw a punch, and extraordinarily effective, but totally different from Crawford, who stands in front of you and dares you to hit him,” said Arum.

Pacquiao has too many great options right now for him to want to bother with fighting a switch-hitting counter-puncher like Crawford. With all the choices Pacquiao has, why would he want to fight Crawford? If he was the last of 10 good fights, then it would make sense, but not now.

Josh Taylor vs. Apinun Khongsong finalized for May 2 »