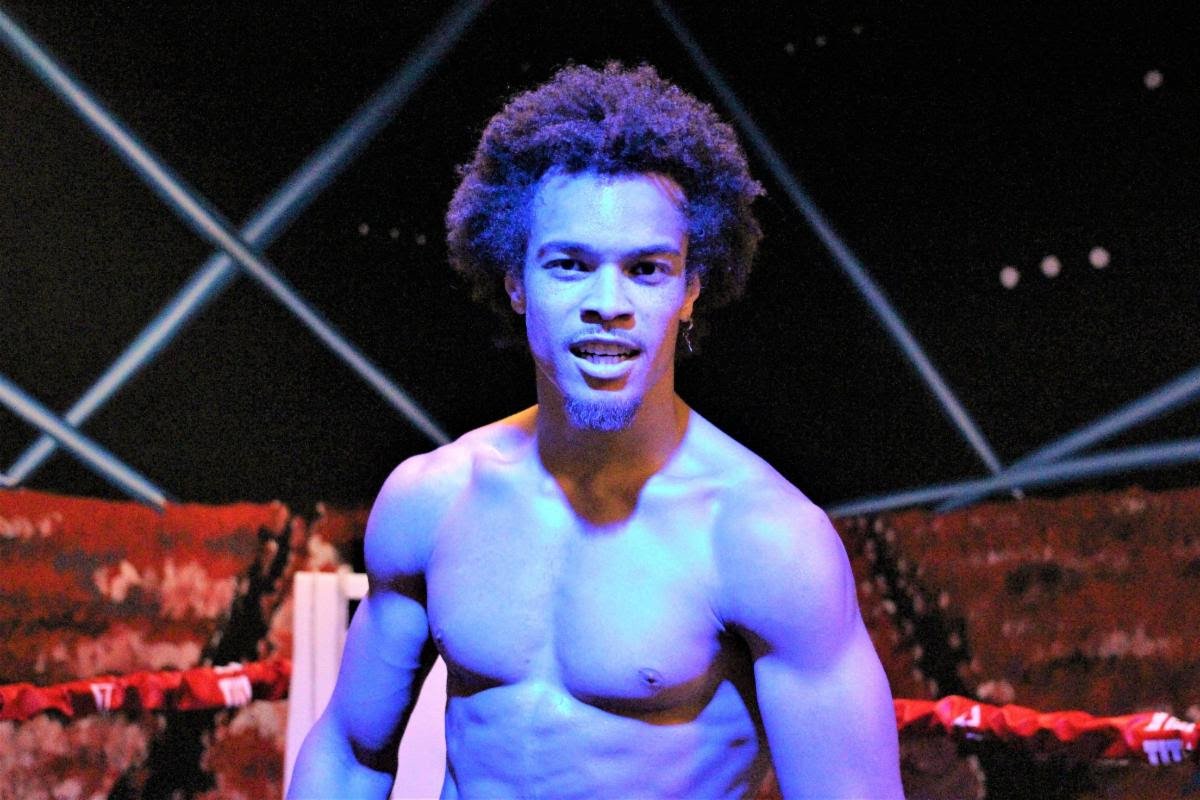 Cobbs, who is managed by Greg Hannely of Prince Ranch Boxing and promoted by Golden Boy Promotions, will make his 2020 debut as part of the of Ryan Garcia versus Francisco Fonseca card, which will air live on DAZN at 7 p.m. ET / 4 p.m. PT.

Here is what Cobbs had to say Saturday from the Nevada Boxing Hall of Fame in Las Vegas:

“This camp has been amazing. I’ve had nothing but the greatest sparring partners to get prepared for this upcoming bout. My trainer Brandon Woods has been sharpening up my tools and I’m ready to preform at my best on fight night. Everyone can expect to see the best Blair “The Flair” Cobbs possible. This is a sport filled with entertainment and I call myself “The most exciting man in Boxing”.

“On Valentines Day, I’m going to steal the show and all the fans watching on DAZN will see an amazing performance from me. My opponent, Samuel Kotey, is a tough hombre who is coming to win, but I have other plans for him. There is nothing he can do that will outmatch my skill and desire to win this fight.”

“It’s been a wonderful experience having the Mexican fans behind me being that they know that’s where I first learned how to box when I fled to Guadalajara, Mexico. It’s been a hell of a journey coming back to the United States from Mexico, where I learned to fight the Mexican style, always throwing big shots to entertain the fans. Fighting in the amateurs in Mexico, is like fighting in the pros. Sometimes we didn’t use headgear. It was crazy, but it made me the fighter I am today.”

Banner Promotions is pleased to announce to the signing of top junior welterweight prospect Jamshidbek Najmitdinov (14-1, 11 KOs) to a co-promotional deal with Uprising Promotions.

Najmitdinov of of Yashkent, Uzbekistan is looking forward to getting started and moving up the ranks of the 140-pound division.

“I am very pleased to able to sign Jamshidbek, and to work with Ronson Frank and his company, Uprising Promotions. Jamshidbek is a very talented fighter who is television friendly, and we feel has the capability to be a real player in the 140 pound division, I saw his fight with Postol, and he won that fight in my opinion. He should have been credited with three knockdowns, but only got one. He is undefeated an fighter in my mind. ” said Banner Promotions President Artie Pelullo.

“I am very happy to sign with Banner Promotions. I am looking forward to fighting in America. Fans will love my style, as i try to take after Roy Jones and Manny Pacquiao. I was inspired by with my countryman Murodjon Akhmadliev who won the unified super bantamweight world championship. I been getting good sparring with (IBF Number-one ranked welterweight) Kudratillo Abdukakhorov,” said Najmitdinov.

“We are very excited to work with Banner Promotions. Artie Pelullo has been in the game a long time and has the ability to help get Jamshidbek to the highest level. He is very talented fighter with one disputed loss to a world champion. we are excited for this partnership that will create a lot of opportunities to be seen nationally on all the major platforms out there,” said Ronson Frank, President of Uprising Promotions.

That bout, which took place on September 16, 2017 saw Jamshidbek drop Postol three times but was denied those two of the knockdowns, due to Postol fighting in front of his home-country fans. Jamshidbek pushed the action, and established himself as one of the top-140 pounders in the world. Since that fight, Jamshidebek has won five in a row, which includes his last bout when he won the WBC CIS and Slovac titles with a 1st round stoppage over Giorgi Khutsishvili on October 6th in Uzbekistan.

“Against Postol, it was a fight that I took on short notice. I wasn’t in the best of shape. I want to fight him again. I hope that he beats Jose Ramirez, because I want to fight him for the world championship when I get the rematch. I just want to tell my fans, that the best is yet to come from me, and I am looking forward to getting started in the United States,” said Najmitdinov.