Anthony Joshua vs. Kubrat Pulev in London in June – Hearn 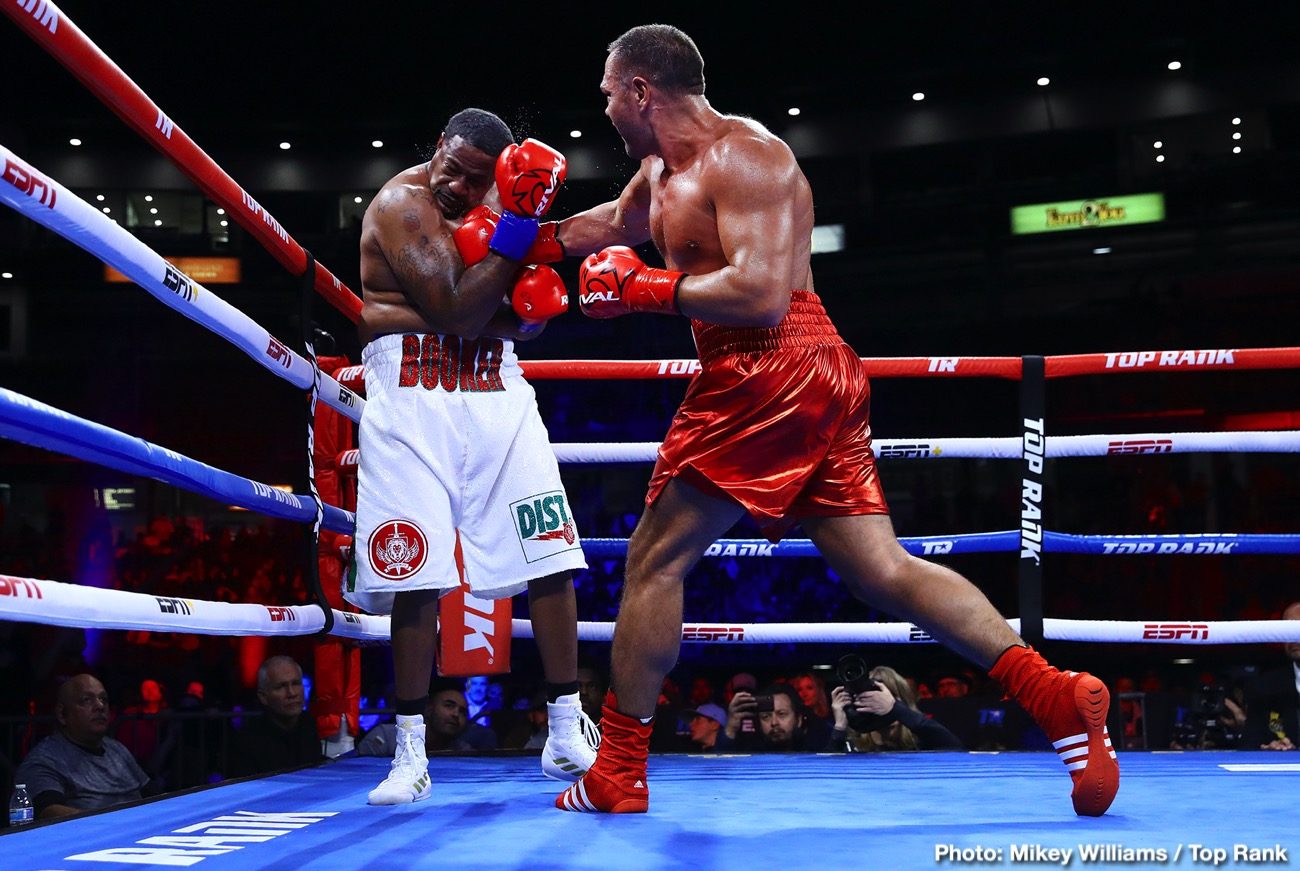 By Charles Brun: Anthony Joshua is insisting that his next fight against Kubrat Pulev happen in June in London, England, according to Matchroom head honcho Eddie Hearn. By giving Hearn “strict” instructions that the Pulev fight take place in London, Joshua will be losing out a lot of money. He’s already had offers from the Middle East, Far East, United States and Africa, says Hearn.

Eddie says the frontrunner for the venue is Tottenham Hotspur Stadium in North London. The venue seats 62,303 fans at full capacity. That’s potentially a lot of fans that will be on hand to watch Joshua (23-1, 21 KOs) defend his IBF heavyweight title against mandatory Pulev (28-1, 14 KOs). Joshua’s WBA and WBO belts

Hearn is making a big production about Joshua choosing to take less money to fight in London in front of his loyal fans. What Hearn isn’t saying is Pulev is a small fight, and there’s not much interest in it. So when Joshua does face a BIG name like Deontay Wilder or Tyson Fury, those fights will almost surely be in Saudi, Africa or the Far East rather than the UK.

Joshua vs. Pulev: will UK fans want to pay to see it live?

That’s a large stadium for a fight that the British public has scant interest in seeing. Pulev is 38-years-old, and hasn’t looked good lately. Although Pulev has won his eight fights since losing to Wladimir Klitschko in 2014, he’s looked average. In Pulev’s last three fights he’s beaten Rydell Booker, Bogdan Dinu, and Hughie Fury.

“We’re very close,” said Hearn to IFL TV on Joshua vs. Pulev. “We’re getting there on the agreed terms. I spoke to AJ last night. Strict instructions from him. ‘London. Eddie, we’ve gone to America and Saudi. I want to come home.’

The logical question is why isn’t Joshua vacating the IBF title? If AJ vacated the IBF belt, he could go straight to his WBO mandatory against Oleksandr Usyk, as that’s the fight that boxing fans want to see. By Joshua choosing to keep his IBF title, he’s forced to fight the Bulgarian Pulev, who isn’t popular in the UK or the U.S.

Joshua will have been out of the ring for six months by the time he fights Pulev in June. Fans want to see AJ fighting once every four months, and he’s not doing that. And like I said, the UK public wants more for their money when it comes to Joshua fights. That means no throwaway fights like Pulev.

“For June, Spurs is the frontrunner,” said Hearn on Joshua-Pulev venue. “We’ve had offers from the Middle East, from the Far East, from Africa, from America. I went through them with him last night, and he went, ‘No, no, no, no. London. I haven’t boxed there in ages,” said Hearn on what Joshua told him.

It’ll be interesting to see if Joshua is just as adamant about his fights with Fury and Wilder taking place in the UK. Of course, we already have a pretty good idea what stance he’ll take on that when the time comes. He can always blame it on Wilder and Fury wanting the most money available.


« Terence Crawford: Who’s next for him?