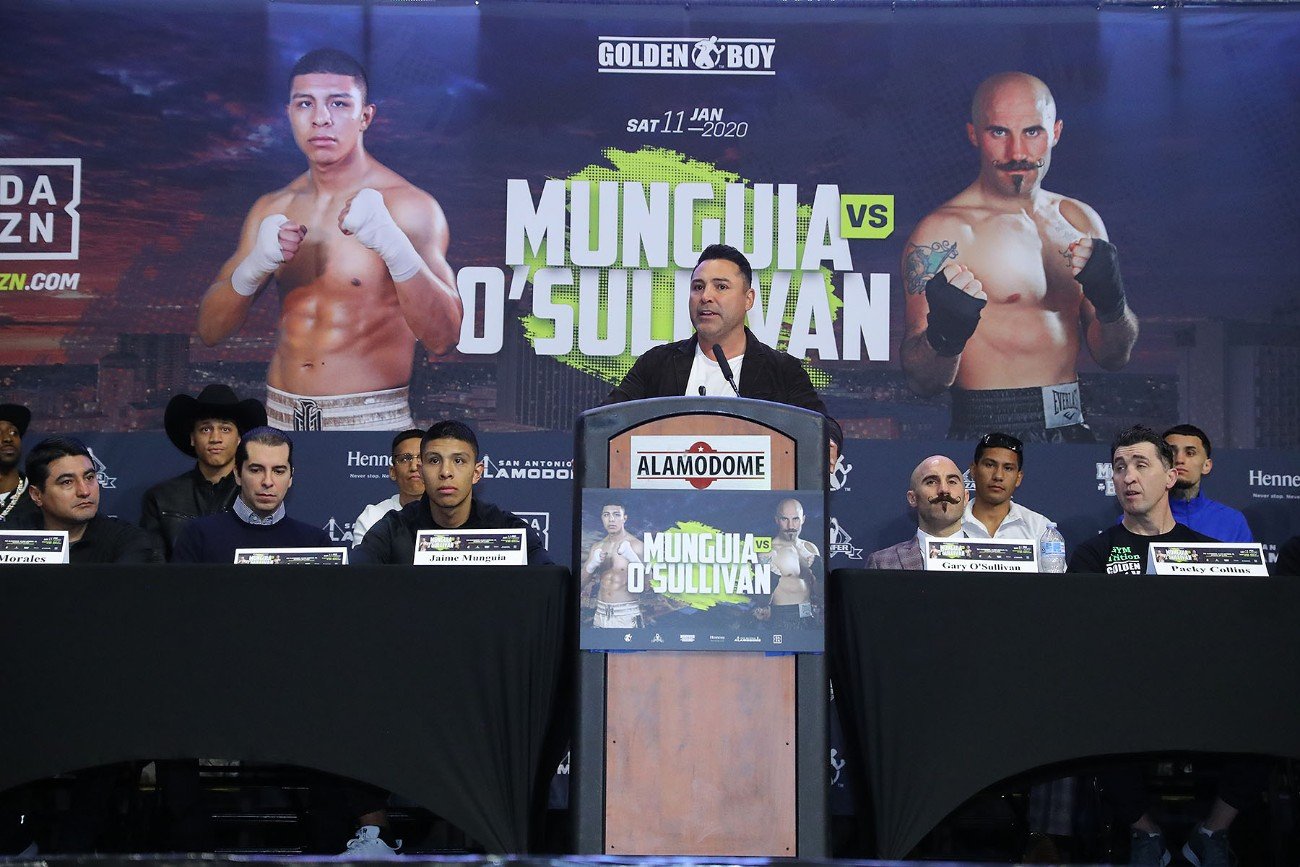 By Aragon Garcia: Oscar De La Hoya says if unbeaten lightweight contender Ryan Garcia (19-0, 16 KOs) and Jorge Linares (46-5, 28 KOs) win their next fights on Valentines Day on February 14, then the two could be meeting up on Cinco De Mayo on May 2.

Linares and Ryan would likely be in the co-feature spot on Canelo Alvarez’s next fight card on DAZN.

On paper, Linares has the harder job ahead of him in facing the very tough 30-year-old Morales, as this a guy that gave Ryan Garcia loads of trouble in losing 10 round majority decision in September 2018.

Linares lost recent fights against Pablo Cesar Cano and Vasiliy Lomachenko. Those defeats gave some boxing fans the impression that Linares is past it.

“It was a terrific performance, and we are extremely proud,” said De La Hoya to Fighthype about Ryan Garcia’s recent win over Romero Duno. “We’re looking forward to Ryan Garcia fighting on Valentine’s Day at the Honda Center in Los Angeles. We’re really proud of what we built over the years, and big things to come for Ryan Garcia. It’s not that we decided not to.

“The timing wasn’t right,” said De La Hoya when asked why they didn’t match Ryan Garcia against Jorge Linares right away. “I think the fact that we have Linares and Ryan on the same card against tough guys. If they win, then they clash who knows? Maybe on Cinco de Mayo. There’s a plan. We strongly believe Ryan can be a superstar for many years to go,” said De La Hoya.

Oscar feels that it’s important for boxing fans to see Linares and Ryan Garica on the same card in order to attract interest for a fight between them in May. As long as Ryan and linares win their respective fights on February 14, and look good, then there will be a lot of interest from fans in their fight.

De La Hoya also wants to make sure that Ryan gets a little bit more experience under his belt against Francisco Fonseca before he puts him in with Linares. If Ryan struggles against Fonseca, then De La Hoya probably won’t make the fight between him and Linares next May. It would be a mistake for Garcia to be put in with Linares if he can’t dominate Fonseca.

“I believe Spike O’Sullivan is a tough challenge, and a tough fight,” said De La Hoya about Munguia’s fight this Saturday night. “It’s not going to be a walk in the park, but you never know with Jaime Munguia. He can either destroy you in one round or he can destroy you in 12 rounds.

“He’s in great shape, and he’s ready for this fight,” said De La Hoya about Munguia. “He feels better at 160, and I think it’s going to be a great fight. If he can do it, then more power to him. But it’s not going to be a walk in the park. It’s going to be a very entertaining fight.

“As long as he’s comfortable at 160,” said De La Hoya said on Munguia. He’s such a big guy, and he can carry the weight. He has the power. He’s learn”ing the defense with Erik Morales. It just depends on how he looks on Saturday night. It all depends on Spike O’Sullivan, because in boxing, you never know,” said De La Hoya.

Former WBO junior middleweight champion Jaime Munguia (34-0, 27 KO) fights for the first time at 160 this Saturday night against Gary ‘Spike’ O’Sullivan (30-3, 21 KOs) at the Alamodome in San Antonio Texas. De La Hoya thinks this won’t be an easy fight for Munguia due to the power, experience and the toughness that O’Sullivan brings to the table for this fight.

Spike O’Sullivan has been in with a lot of different fighters, and he’s obviously seen Munguia’s fighting style before in his many years in the pro ranks.

Canelo Alvarez vs. BJ Saunders could be announced next week »