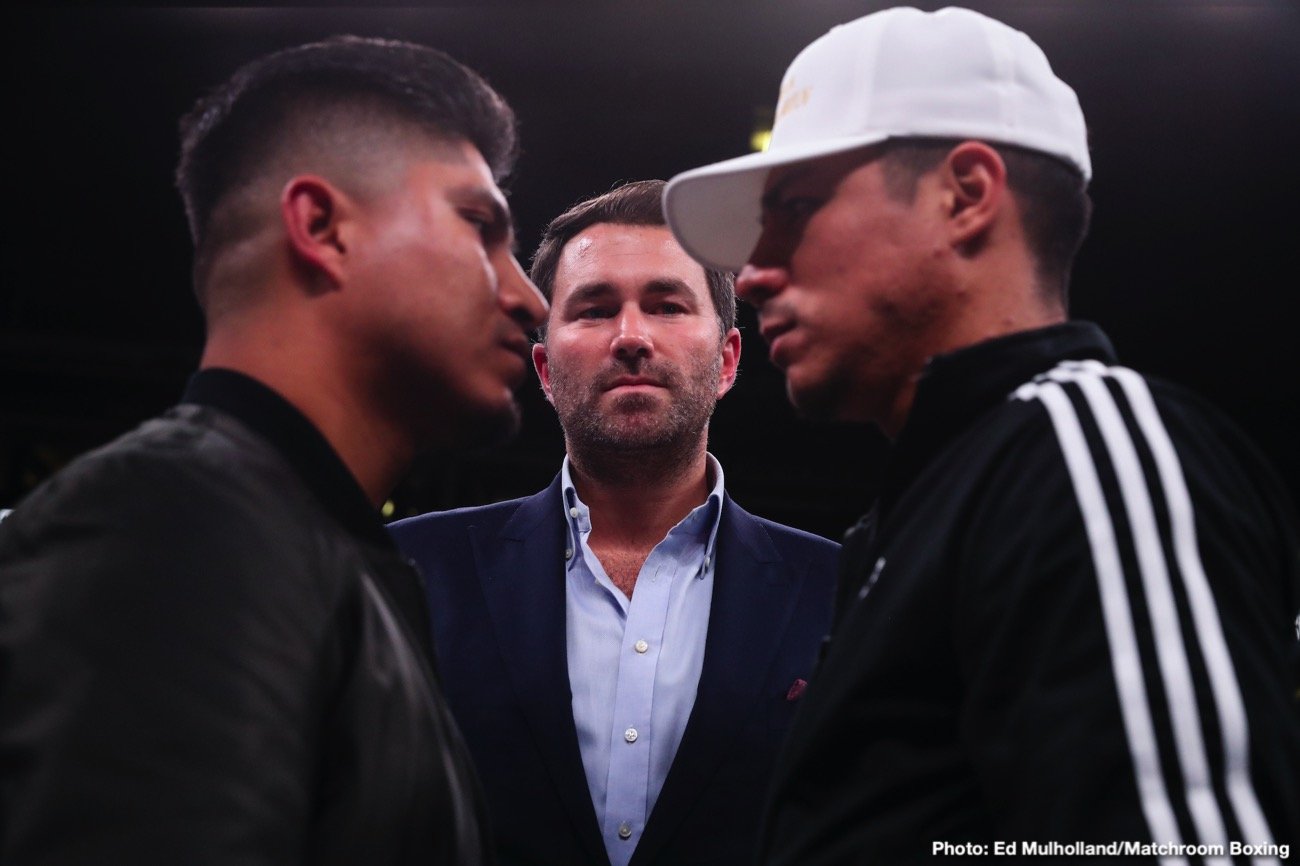 Jessie Vargas will have the size advantage over Mikey

If Mikey’s weight holds at 152, he could be outweighed by close to 20 lbs by the 5’11” Vargas. Mikey, 5’6″, is already giving away five inches in height and three inches in reach against Vargas. That’s significant. Vargas is even bigger than the 5’9″ Spence, but he doesn’t possess the same kind of punching power or talent as ‘The Truth ‘.

With a KO percentage of 33.33%, Vargas is a finesse fighter, but he still has some respectable pop in his punches. In his last fight against former two division world champion Humberto Soto, Vargas took him out in 7 rounds last April. To be fair to the 39-year-old Soto, his best days were well past him, and he didn’t belong inside the same ring with a young with the size of Vargas.

When Soto (69-10-2, 37 KOs) was in his prime, he fought at 130 and 135. Going up all the way to 151 lbs to fight Vargas at a catchweight at junior middleweight was a questionable move on Soto’s part. The payday was obviously good for Soto, but it wasn’t a fair fight.

Vargas should have been facing a true 154-lb fighter in his debut at junior middleweight, but Soto was the guy that his new promoter Eddie Hearn found for him to fight on DAZN.

Mikey will be at the same size disadvantage as Soto was when he steps foot inside the ring with Vargas. What Mikey has going for him is he can punch at a welterweight level, he’s not on the doorsteps of 40 like Soto. It’s going to be tough for Mikey to beat the hulking Vargas, since this is a guy that is 3 divisions above his natural weight of 135.

Against Spence, Mikey was puffy, and not in the shape that he needed to be for him to compete on a high enough level to beat him. This time it’s going to be different. Mikey is approaching his fight with Vargas the right way by not bulking up so much, and focusing more on his boxing rather than on resistance exercises.

All the weight lifting and resistance exercises that Mikey did for the fight with Spence was a waste. Using his natural speed and power would have been enough for him to compete.

Garcia will be facing the former 2 division world champion Vargas on February 29 at The Ford Center at The Star, in Frisco, Texas. The fight will be shown LIVE on DAZN. Matchroom Boxing promoter Eddie Hearn is planning on loading up the undercard with talented fighters. One name that Hearn has mentioned is WBC flyweight champion Julio Cesar Martinez.