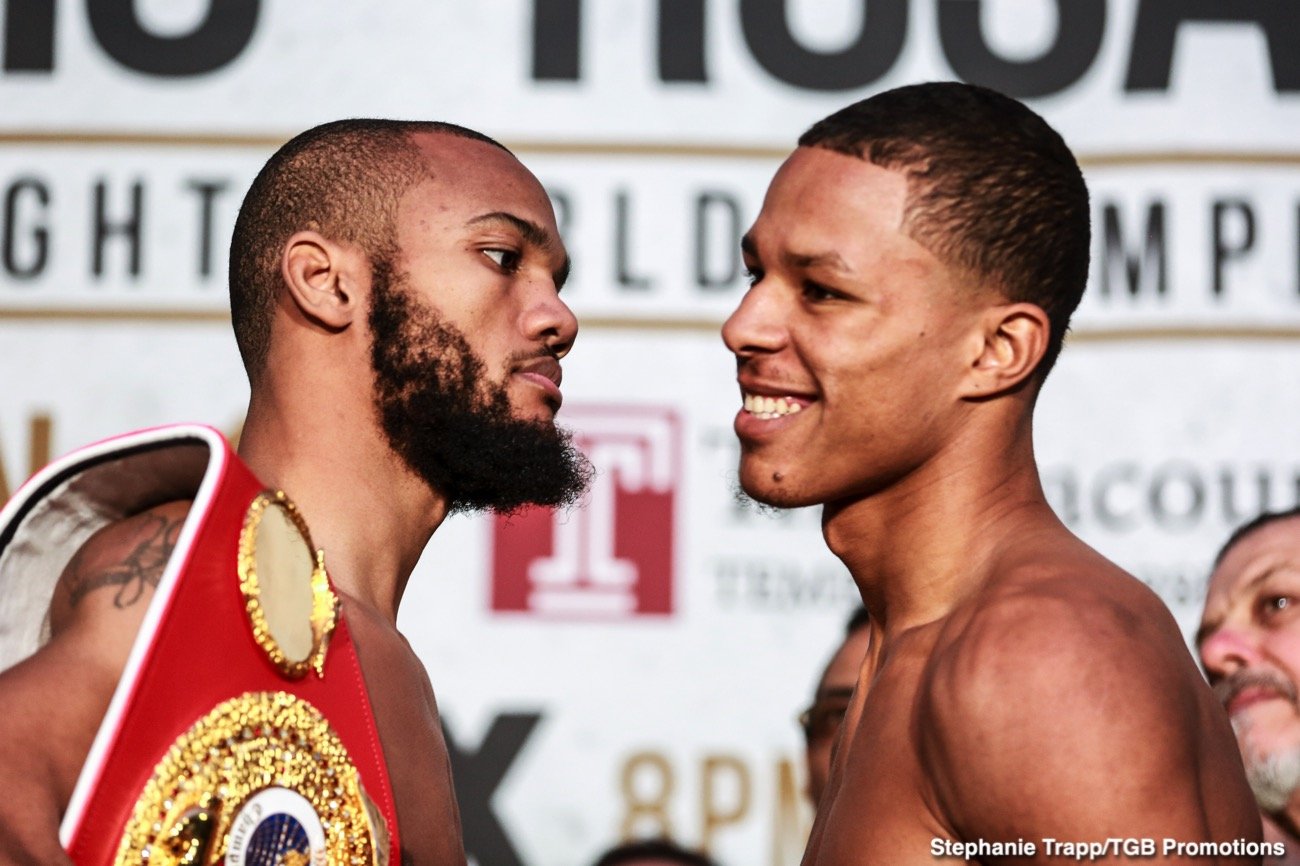 By Trevor McIntyre: IBF/WBA junior middleweight champion Julian ‘J-Rock’ Williams (27-1-1, 16 KOs) weighed in at 153.4 lbs on Friday for his first title defense against Jeison Rosario (19-1-1, 13 KOs) on Saturday night on FOX PBC Fight Night on FOX Deportes at the Liacouras Center, in Philadelphia.

The 23-year-old Rosario weighed in at 153.1 lbs, and looked in great shape as he always does. During the face off. Williams, 29, didn’t smile, and glared at Rosario with a look of mean intentions on his face. There was no mistaking the seriousness in the look that Williams was giving Rosario when the two were face to face.

Rosario smiling during face off

For his part, Rosario smiled and looked embarrassed and uncomfortable with eye contact. This wasn’t the first time that Rosario smiled. He’d been doing this at the other press conference when facing off with the Philadelphia native Williams.

None of this matters. Williams wanted to let Rosario know that he’s serious, but he’s obviously not going to scare him into not throwing punches on Saturday night. Rosario is going to be looking to win.

“This is an opportunity of a lifetime. I’m going to take advantage of it,” said Rosario after weighing in successfully. “It’s perfect conditions mentally and physically, and I’m ready for the battle. I feel like this is my house. I’m in my house.” 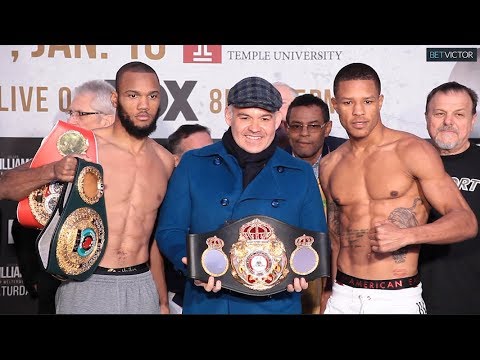 Rosario, ranked #5 IB, #9 WBA, has failed in the past when he’s tried stepping it up against better opposition. He was knocked out in the 6th round by Nathaniel Gallimore three years ago in April 2017 in Las Vegas, Nevada.

The then 28-year-old Gallimore had a big edge in age and experience over the then 21-year-old Rosario. If the two fought now, it’s quite possible that Rosario would be a lot more competitive against Gallimore. In addition to his loss in 2017, Rosarior fought to a six round draw against  Mark Anthony Hernandez (14-3-1, 3 KOs).

Rosario, who comes from the Dominican Republic, has wins over these fighters:

“I plan on peeling this banana,” said Williams at the weight-in. “It means a lot. I’ve dreamed of this since I was a boy,” said Williams when asked what it means to him to be defending his titles.

“This is a surreal moment, but I’ll relieve it Monday morning when I look back,” said J-Rock Williams. “Right now I’m locked and focused. I didn’t really see nothing. I think he’s prepared, but I’m locked in. I’m focused,” said Williams. 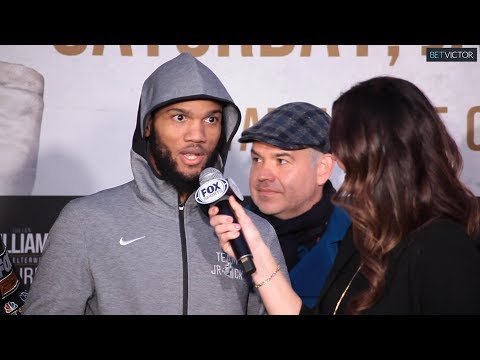 They were supposed to fight again, but Hurd chose to take another fight instead against Francisco Santana (25-7-1, 12 KOs) on January 25 at the Barclays Center in Brooklyn, New York. There’s a good chance that Hurd and J-Rock will meet up in a rematch later this year if the two win their next fights.

Other weights on tonight’s card on Fox Deportes:

Unbeaten Chris Colbert (13-0, 5 KOs) weighed in at 129.8 lbs for his fight against former WBA super featherweight champion Jezzrel Corrales (23-3, 9 KOs) in the co-feature bout on tonight’s Williams vs. Rosario card. Coberto and Corrales will be fighting for the interim WBA interim super featherweight title. 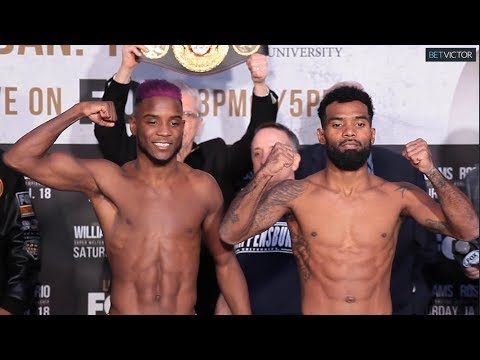 Floyd Mayweather given BWAA ‘Fighter of the Decade’ award »