Hearn says Wilder vs. Fury has sold only 60% of the tickets 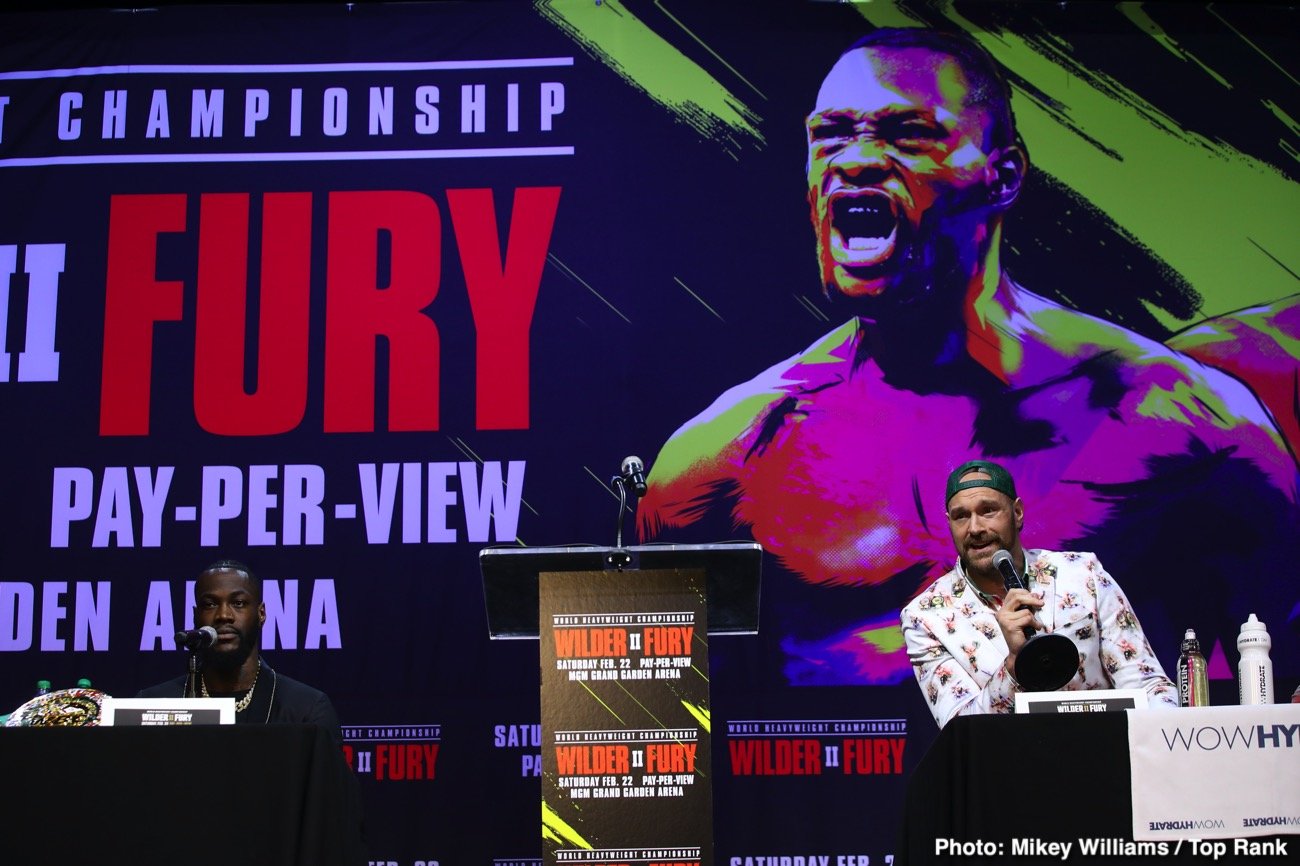 By Scott Gilfoid: Eddie Hearn states that Deontay Wilder vs. Tyson Fury 2 rematch has sold probably only 60% of the tickets for their February 22 rematch in Las Vegas. Matchroom Boxing promoter Hearn says the fight will only bring around 600,000 buys at best on ESPN and FOX pay-per-view on the night. Unfortunately, Hearn isn’t saying where he’s getting the information that Wilder-Fury has sold only 60% of the tickets.

Although Hearn maintains that he doesn’t want to come off like he’s “HATING” by being critical of the Wilder-Fury 2 promotion, it does seem like he’s more than a little envious of the huge amount of attention the fight is getting in the boxing world. As such, instead of fans paying attention to Anthony Joshua’s negotiations for a fight with IBF mandatory Kubrat Pulev, they’re focusing on next month’s Wilder vs. Fury 2 rematch, and for good reason.

It’s a compelling fight that matches too giant heavyweight in the zenith of their careers, ready to battle it out for the second time. This is a match between the #1 and #2 heavyweights on the planet, and the winner will be seen as the leader in the division.

“I think it’s a good fight, and I think Fury will win the fight, but Wilder is very dangerous,” said Hearn to Fighthype in talking Wilder-Fury 2 rematch. “I think he’ll probably be a little bit more reckless this time around, but I think it’s a 50-50 fight,” said Hearn.

When Hearn says Wilder will be “a little bit more reckless” in the rematch, that’s code for he’s going to be bouncing right hands off of Fury’s chin a little bit more. Just how long Fury will be able to take Wilder’s right hand bombs before he goes down once again is the big question.

It’s going to have a different referee working the Wilder-Fury 2 fight than the one that was officiating the first fight. So if Fury gets knocked cold again, there’s a good chance the referee isn’t going to give a count to an unconscious fighter. That’s too risky. When a guy is knocked out like Fury was, it’s important to bring in the medical team to make sure he’s alright.

Fury, 31, didn’t exactly do a great job against Wilder last time they fought, so it’s unclear how Hearn has come to the conclusion he beats him this time. Heck, Fury was given a gift when the referee Jack Reiss didn’t stop the fight in the 12th round after he was knocked cold by Wilder. Normally the referees immediately stop fights under those circumstances out of safety precautions.

NEWS:   Tyson Fury vs. Dillian Whyte in April or May says Eddie Hearn

“I don’t like to criticize because people think I’m hating,” said Hearn on Wilder-Fury rematch. “But when you say you’re not doing a press conference because a fight is too big, and then you do a press conference, and it’s so bad that you do another one, and you get to this stage where you’ve probably sold only 60% of the tickets, it’s not a good sign. But it is a big fight, and on fight week as momentum builds, I’m going to go for 500 to 600,000 buys,” said Hearn.

Fury’s wise owl promoter Bob Arum of Top Rank is still saying the Wilder rematch will bring in 2 million buys. It’s hard to doubt Arum, because the guy has A LOT more experience in boxing than Hearn, who is basically just starting out.

Arum has been around long enough to know if a fight is going to bring in huge numbers or not. On top of that, Arum did a fine job of increasing Fury’s popularity by matching him against Tom Schwarz and Otto Wallin in showcase fights in the U.S.


« Hearn says Dillian Whyte’s next fight could be in U.S against Povetkin or Ruiz

Canelo Alvarez back in gym looking POWERFUL for May fight »