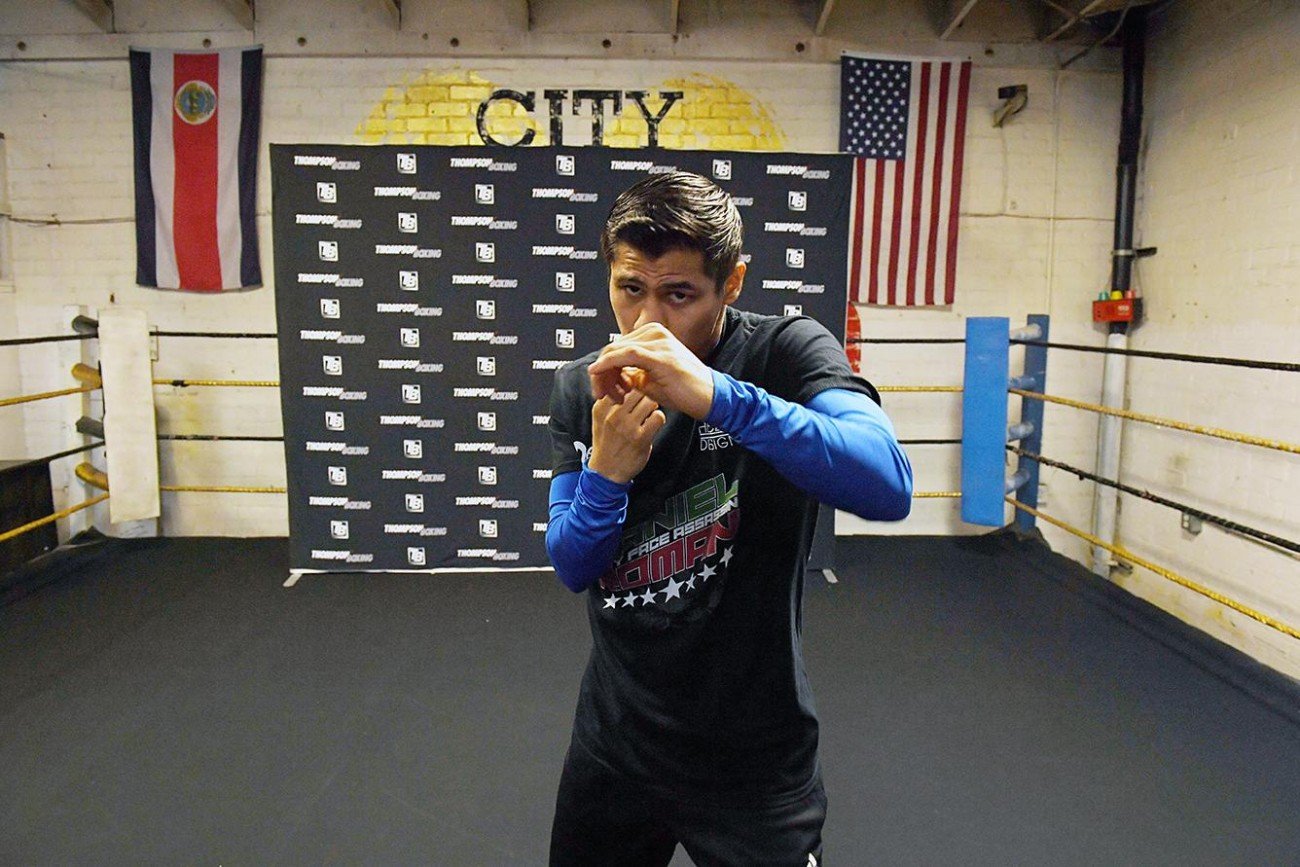 Thompson Boxing Promotion’s WBA and IBF World Super-Bantamweight champion, Daniel Roman, held a workout for the media today at the City of Angles Boxing gym in Los Angeles. Roman defends his titles against unbeaten WBA mandatory challenger Murodjon Akhmadaliev on the stacked World championship triple header bill on Thursday January 30 at the Meridian at Island Gardens in Miami, live on DAZN in the US and on Sky Sports in the UK.

Roman, who is the only unified champion in the super-bantamweight division, has remained unbeaten since 2013, becoming one of the most accomplished fighters in boxing. Here is what he and his team had to say about this sensational matchup.

“Murodjon Akhmadaliev beat my teammate Isaac Zarate so I’m very familiar with him,” said Daniel Roman. “I know he’s a strong kid, an aggressive fighter, he’s hungry and he’s going to try to take me out as best he can.”

“He makes a few mistakes, he likes to fight with his hands down, not sure if that’s his style, but those are the flaws I see in him,” Roman continued. “Akhmadaliev might not have the experience as a pro, but he was a great Olympic amateur who won a bronze metal. At this level there are no easy fights. His style and my style are going to make for a great bout.”

“It was a great training camp like always,” concluded Roman. “We expect Akhmadaliev to come with his best and we are not taking him lightly. My shoulder injury is behind me and I’m feeling 100%. This is a world championship fight and we are ready to go.”

“Danny is a true professional, he’s discipline, he sacrifices, he works hard,” stated trainer and manager Eddie Gonzalez. “If I ask him to do something he goes beyond. I’m very confident his going to beat Murodjon Akhmadaliev.”

“I can’t think of any fights the Danny Roman has been in that wasn’t action packed,” said Thompson Boxing matchmaker Alex Camponovo. “He hasn’t lost many rounds in his career and I expect him to dominate in this fight.”

« Andy Ruiz Jr. to meet with Teddy Atlas to talk about training with him

Danny Garcia planning on moving to 154 »