By Allen Fox: Terence Crawford could still face Errol Spence Jr. in 2020 depending on how well Errol recovers from his car cash. Top Rank promoter Bob Arum says he spoke to adviser Al Haymon last year, and he said that the Crawford-Spence fight would be taking place in 2020.

Arum would like for that to happen, but he understands that might not given Spence’s terrifying car crash on October 10 in Dallas.

Spence’s high priced Ferrari Spider literally tumbled in what was described as a high speed crash. The beltless Spence was ejected from the during the crash, which left his Ferrari looking completely smashed. Errol spent six days in an ICU in Dallas following the accident, and then he didn’t give any interviews for 2 months afterwards. This led to a lot of speculation from boxing fans and the media that Spence was injured far worse than what was originally believed.

“Again, Al [Haymon] told me last year that we would get it this year, and then the accident happened,” said Arum on a fight between Spence and Crawford. “So I don’t know if that accident will effect if they fight this year. We’ll see. I would like to fight this year, but it’ll depend on Spence’ s health,” said Arum in talking on Spence vs. Crawford.

It would be a good idea for Arum NOT to depend on Spence being able to fight Crawford this year. This is almost surely going to be a ‘get back year,’ as Keith Thurman likes to say. Spence is going to have to come back slowly from his car to make sure he’s fully functional, and capable of fighting hard without getting hurt.

Arum has been talking about wanting to setup 2 fight with Conor McGregor in 2020 against Crawford. Few boxing fans believe McGregor will use up one of his valuable fights by choosing to fight Crawford rather than someone else.  It would be a shame for the fans if they have to wait until 2021 before seeing Spence and Crawford fight it out.

“Yeah, that was supposed to happen tonight. That’s going to be a great one,” said Jarrett Hurd to Fighthub about a fight between Spence and Danny Garcia. “One thing for sure, when Danny fought Shawn Porter and Keith Thurman, those were both close fights. So you can’t count Danny out.

There’s a good chance that Spence and Danny Garcia fight each other this year. Danny wants a fight with Manny Pacquiao or Mikey Garcia, but if he can’t get those fights, then he’ll likely pull the trigger on a match against Spence.

Garcia can punch and he would be a lot of problems for Spence, but it would be a winnable one for him. Danny likes to try and walk down his opponents to beat them, and that sometimes leads him to get hit a lot. Garcia is going to need to work on his defense for him to keep from getting beaten.

“You have Lomachenko, you have Crawford, you have Spence, Inoue, and then maybe the winner of Ramirez-Josh Taylor,” said Arum when asked who is the #1 pound-for-pound fighter in boxing. “Canelo is certainly on that list. I think Canelo is a superb fighter, and he’s a great attraction. He has a great record against elite fighters. So certainly when you consider the best pound-for-pound fighter, he would have to be considered. There’s no question,” said Arum.

Of that six-fighter list, 4 of them are with Arum’s Top Rank promotion. The only ones that aren’t with Top Rank are Spence and Canelo. The only guy that has the wins to be the #1 pound-for-pound is Canelo, and he’s got a lot of soft names on his resume too.

Canelo’s win over Gennadiy Golovkin did a lot to improve his status with boxing fans. Before that, Canelo was tainted due to his controversial draw against GGG in their first fight in 2017. 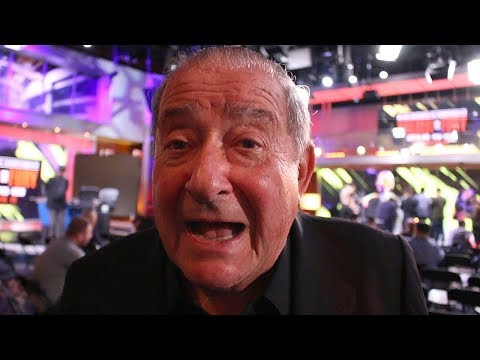 Lomachenko (14-1, 10 KOs) has some good wins as a professional, but he came empty against Orlando Salido.

Crawford doesn’t have the resume for him to be #1 in the pound-for-pound list, and neither does Lomachenko, Ramirez and Josh Taylor. Those are all good fighters, but none of them have beaten enough quality guys for them to be #1 pound-for-pound.

If Crawford starts beating opposition for a change, he’ll have a chance of getting the #1 ranking on the pound-for-pound list. Right now, Crawford’s resume is too weak.