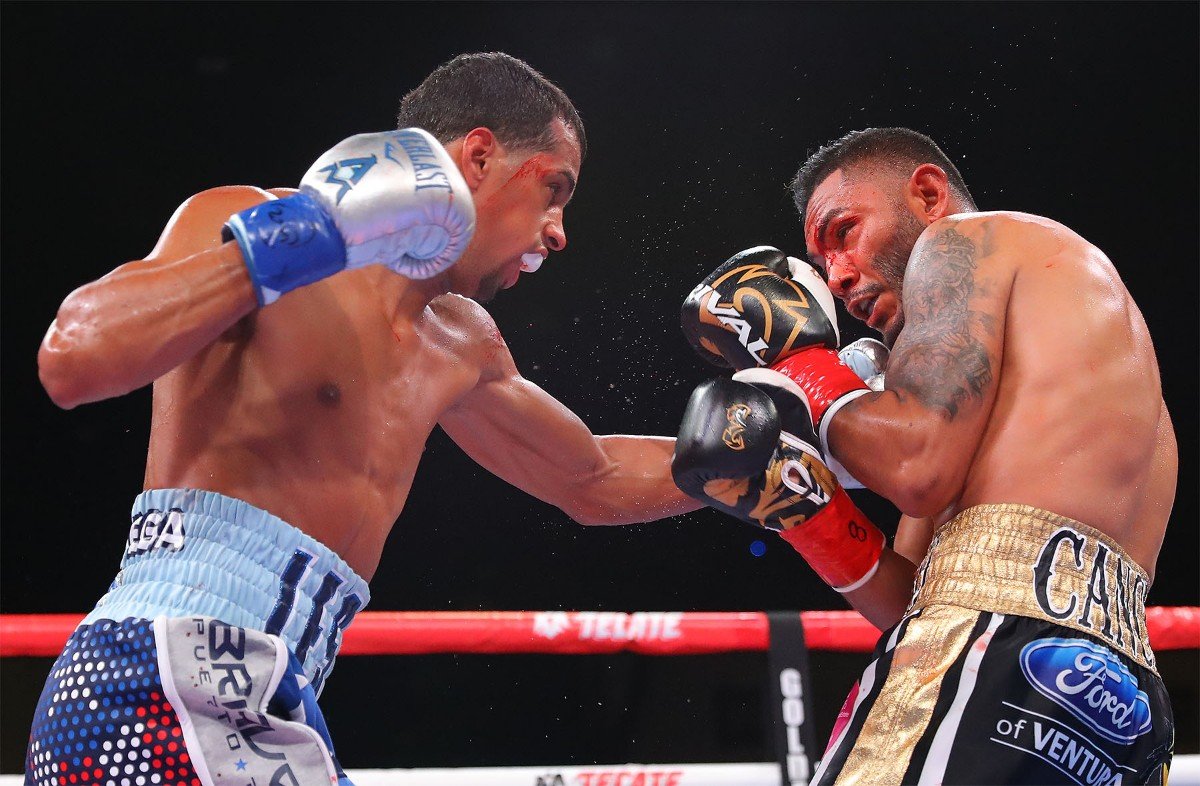 The highly talented Cancio, 31, is coming off of a disappointing 7th round stoppage loss to Nicaraguan Rene Alvarado (32-8, 21 KOs) on November 23 in Indio, California.

Andrew Cancio had previously been with Golden Boy Promotions. Just why they let the talented super featherweight go is anyone’s guess. Until his loss to Alvarez, Cancio had looked outstanding in twice beating Alberto ‘El Explosivo’ Machado (22-2, 18 KOs). Machado, 29, is a fighter that would likely destroy Rene Alvarado. The fact that Cancio beat Machado while losing to Alvarez shows clearly the old saying, ‘Styles make fights.’

With Cancio joining Top Rank, the promotional stable now has these fighters at super featherweight:

Vasiliy Lomachenko is expected to move back down to the 130-pound division after his next fight against Teofimo Lopez in April or May. Once Lomachenko moves back down to super featherweight, Top Rank will have 6 fighters in their stable in that division. They can then mix and match the different fighters against each other without the need of dealing with rival promoters.

Alvarado beating Cancio was a surprise

That was a surprise defeat for Cancio, since he’d beaten Alvarado by an 8th round knockout in December 2015, and it was thought he’d beat him again.

Whether Cancio overlooked Alvarado or the fact that he improved a lot since their first fight is unknown. Whatever the case, the taller fighter Alvarado took the fight to Cancio, cut him over his left eye in the 3rd, and dominated him with combination punching.

Cancio looked mentally out of it throughout the contest. The fire and intensity that he’d shown in his two wins over Alberto Machado was missing.

It would be a bad idea for Top Rank to match Cancio against someone like WBC super featherweight champion Miguel Berchelt next, because that’s a bad style for Andre. He would be better off chaellening WBO champion Jamel Herring, IBF champion Tevin Farmer or WBA champ Rene Alvarado. If they’re going to put Cancio back in with Alvarado, they need to make sure his confidence is up, since that’ll be a hard fight for him.