Terence Crawford moving up to 160 after Egidijus Kavaliauskas fight 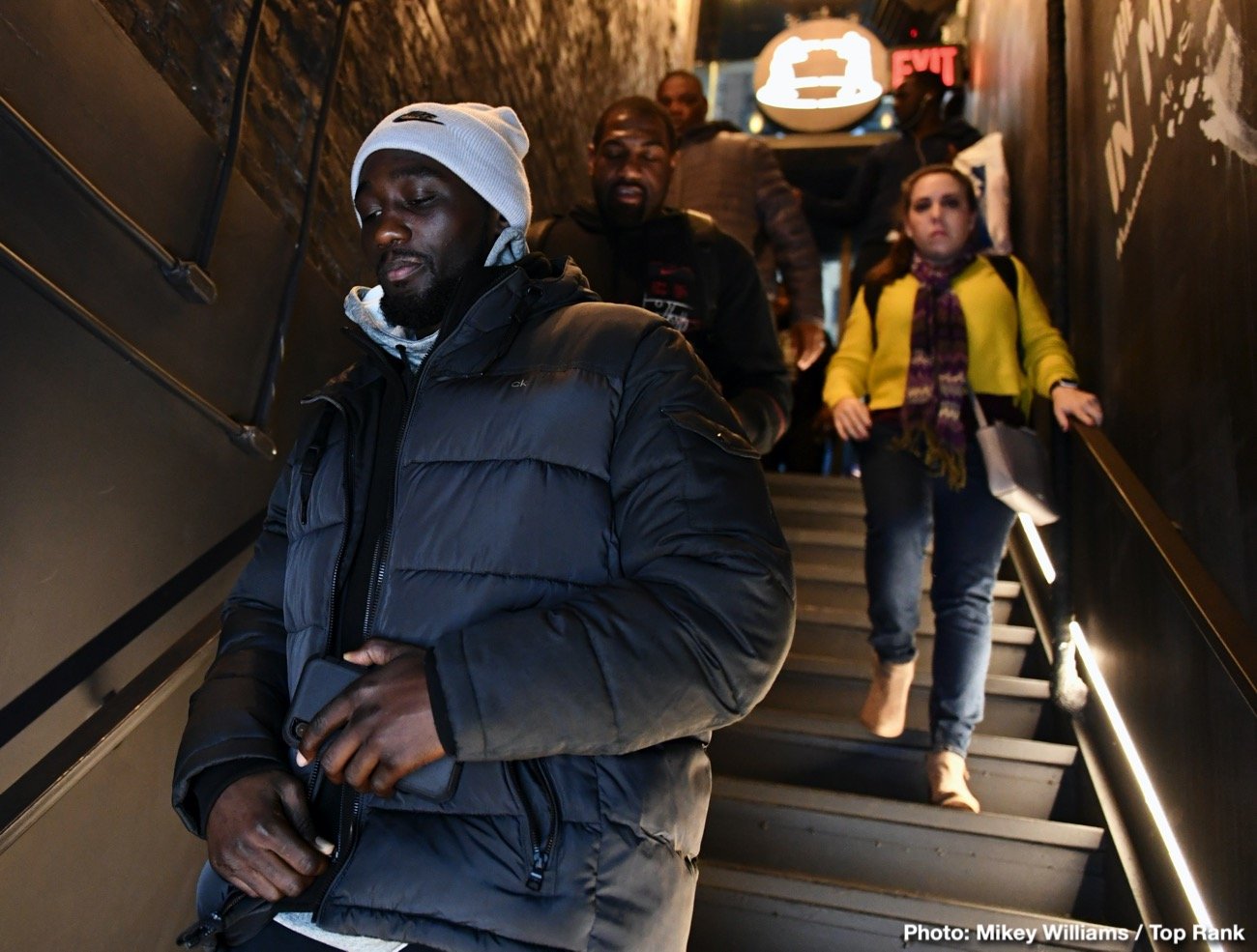 By Dean Berman: Terence Crawford (35-0, 26 KOs) says he plans on moving up to 160 in his next fight after he defends his WBO welterweight title this Saturday against Egidijus Kavaliauskas (21-0-1, 17 KOs) at Madison Square Garden in New York.

Crawford isn’t moving up t 160 to try and get fights against Canelo Alvarez and Gennadiy Golovkin, as he points out those two fighters have left the division. He’s just decided to move up for some reason. Crawford isn’t giving a reason why the move up to 160, but it’s quite possible he’s tired of being ignored by the other top fighters at 147.

Despite winning the World Boxing Organization welterweight title a year ago in beating Jeff Horn, Crawford has been shutout by the other elite fighters in the division. IBF/WBC champion Errol Spence Jr. was interested in fighting Crawford, but his car crash last October now makes that unlikely to happen in 2020.

Crawford going up to 160

Crawford unified the 140-lb division in 2017, and then moved up to 147 and captured the WBO title in stopping Jeff Horn in the 9th round  in June 2018. Since then, Crawford has successfully defended his WBO welterweight title twice, beating Amir Khan and Jose Benavidez Jr by knockout. Crawford’s fight against Kavaliauskas this Saturday will be his third and presumably his final defense of his WBO title.

It’s unclear why Crawford is skipping the 154 lb division, as there are some interesting fights for him in that weight class against the following guys:

It’s likely that Crawford views the fights at 160 as being bigger ones for him in terms of the money he can make. There are good fighters at 154, but none of them are big names. By Crawford moving to 160, he’ll be in a position to face these guys:

Years ago Paul Williams was an avoided welterweight, who was unable to get fights against the big names like Floyd Mayweather Jr. and Manny Pacquiao. As a result of his problems getting fights at 154, the lanky 6’1″ southpaw Williams moved up to 154, and found success before his career ended prematurely in a motorcycle accident. Crawford will be looking to move up two weight classes, which is going to be difficult for him. He’ll have a good shot at winning a belt in that weight class against Murata and Andrade.