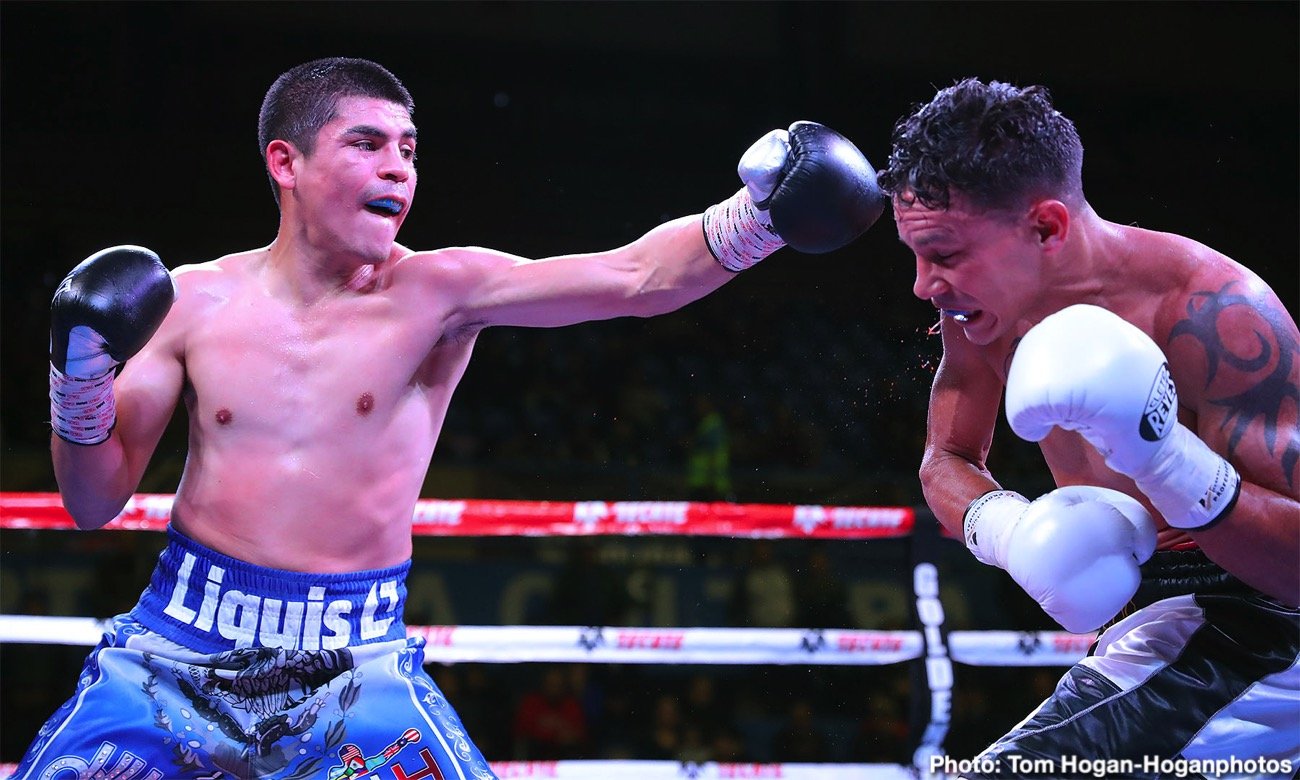 Diego De La Hoya (22-1, 10 KOs) of Mexicali, Mexico defeated Renson “Gato” Robles (16-7, 9 KOs) of La Victoria, Venezuela via unanimous decision in a 10-round featherweight fight at The Auditorio del Estado in Mexicali, Mexico.De La Hoya won with scores of 97-94, 99-89 and 99-89. The event was streamed live on Facebook Watch via the Golden Boy Fight Night Page.

“I was a difficult fight because I hurt my left hand in the second round,” said Diego De La Hoya.”I had to fight the entire fight with one hand. Still, I came to fight, and I never gave up.”

In the co-main event, Roger “The Kid” Guitierrez (23-3-1, 19 KOs) of Maracaibo, Venezuela defeated Andres “Maravilla” Tapia (16-8-3, 9 KOs) of Mexicali, Mexico via unanimous decision in a 10-round super featherweight brawl. Gutierrez won with three scores of 98-91.

“Tapia is a great warrior,” said Roger Gutierrez.”To fight a Mexican is a great honor for me. Thank you to all who came out to support today.”

William “Camaron” Zepeda (20-0, 18 KOs) of San Mateo Atenco, Mexico stopped Jampier Oses (15-6-1, 12 KOs) of Ocumare, Venezuela via technical knockout in the third round of a lightweight bout originally scheduled for 10 rounds. Zepeda won with time of 2:32 of the aforementioned round.

“I felt good,” said William Zepeda. “He surprised me for a bit. But I was able to recover due to my preparation. I think the fans were the winners tonight from a great show.”

Luis “El Venado” Lopez (20-2-, 11 KOs) of Mexicali, Mexico defeated Cristian “Gaurico” Baez (18-1, 17 KOs) of Caracas, Venezuela via technical knockout in the fifth round of a 10-round lightweight fight. Lopez won with time :28 of the aforementioned round.

“I would like to make a fight with Diego De La Hoya,” said Luis Lopez.”I feel great. We knew this opportunity would open many doors. And thank God we achieved our objective.”

De La Hoya vs. Robles was a 10-round featherweight fight presented by Golden Boy. The event was sponsored by Tecate “THE OFFICIAL BEER OF BOXING.” The fight took place Saturday, Dec.14, 2019 at The Auditorio del Estado in Mexicali, Mexico. The event was streamed live on Facebook Watch via the Golden Boy Fight Night Page. 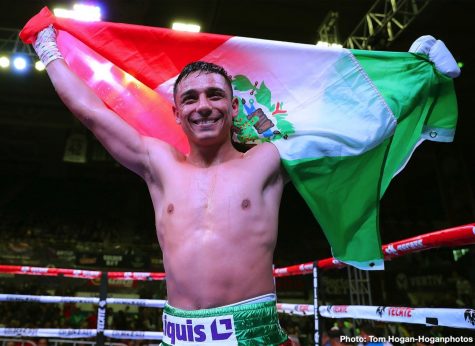 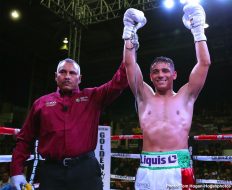 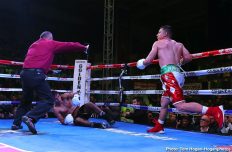 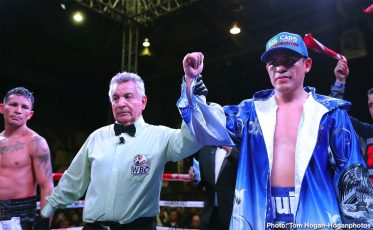 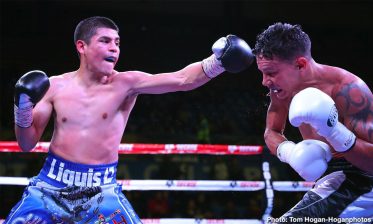 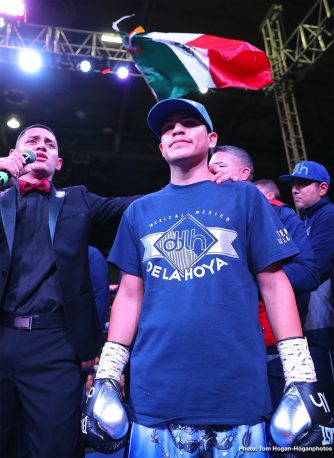 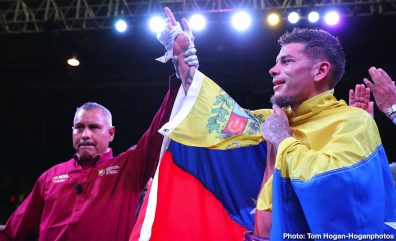 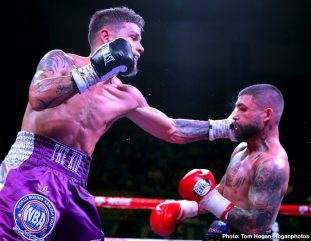 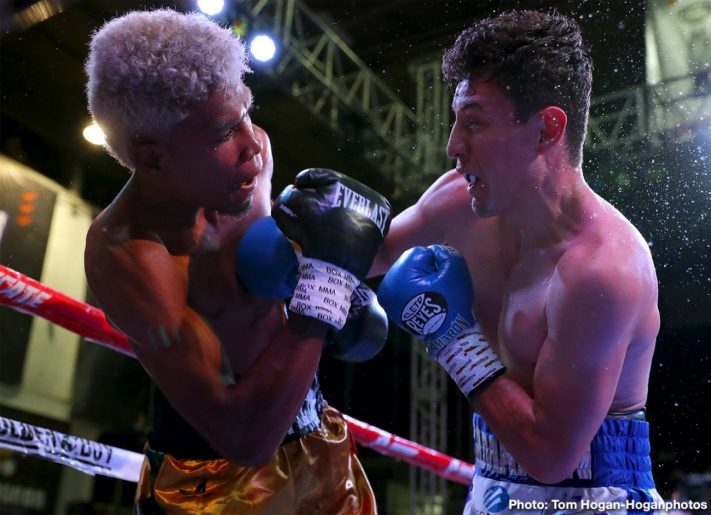