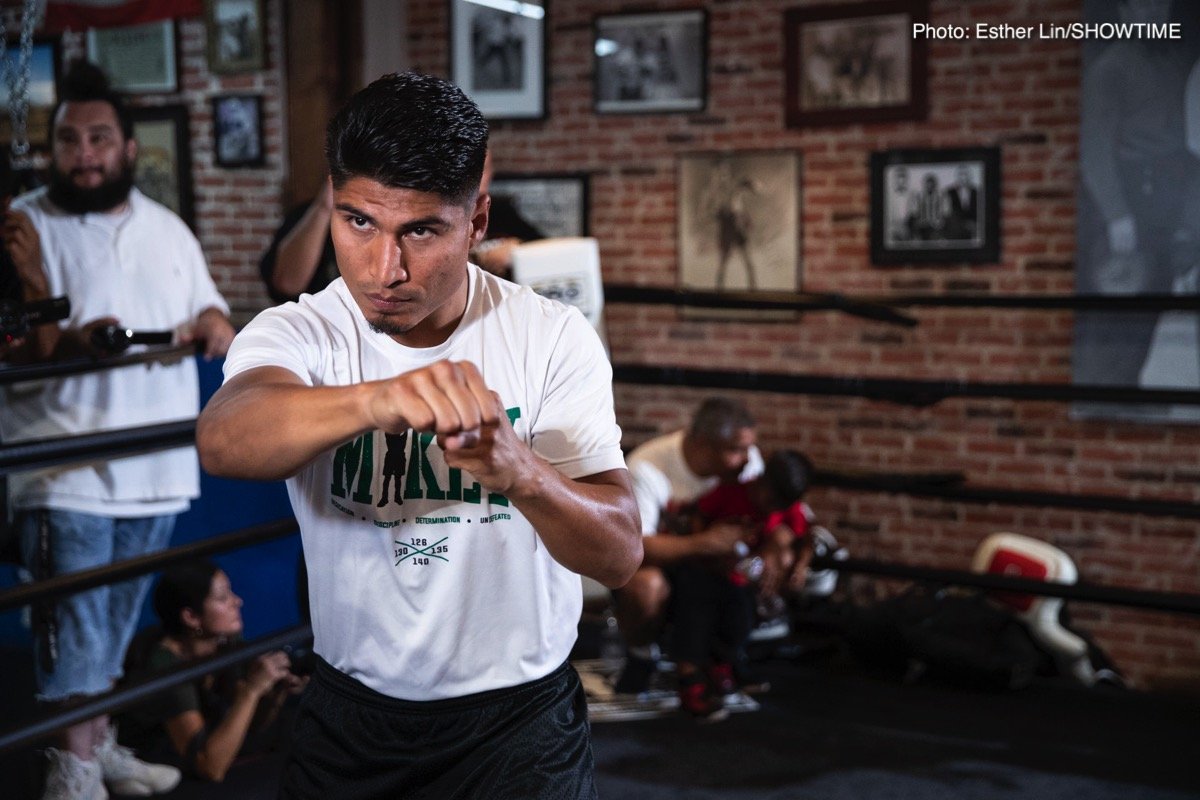 By Dan Ambrose: Mikey Garcia has agreed to a one-fight deal with Matchroom Boxing promoter Eddie Hearn and DAZN, according to @MikeCoppinger. Hearn is expected to make an announcement on the signing of the former four division world champion Garcia (39-1, 30 KOs) in the next day or two.

Mikey likely out of the running for Pacquiao fight now

There’s an option as part of the deal for Mikey. He’ll be fighting in two months from now on February 29 against a still to be determined opponent on DAZN. Junior middleweight Jessie Vargas is a possibility, but that would be a tough fight for the 5’7″ Mikey.

Mikey coming off of an 11-month layoff

Former two division world champion Vargas (29-2-2, 11 KOs) is also signed with Matchroom and DAZN, but he’s only had one fight with them last April against a MUCH smaller and older 39-year-old  former super featherweight champion Humberto Soto. 5’11” Vargas is being matched up against smaller fighters for some reason despite his move to 154.

If Mikey does fight on February 29, it’ll be just short of 12 months since his last fight. Mikey lost to IBF welterweight champion Errol Spence Jr. by a 12 round unanimous decision last March. He hasn’t fought since.

Sources: Mikey Garcia has agreed to terms with Eddie Hearn on a one-fight deal to compete on DAZN, and an announcement is imminent. Deal includes an option. The four-division champion will make his DAZN debut Feb. 29. No set opponent, but Jessie Vargas remains in play

140 the best division for Mikey

Mikey needs to move back down to 140, because his performance against Spence showed that he’s too small for 147. Against Spence, Mikey looked short, chubby and weak. Garcia’s power didn’t carry up to welterweight, and he doesn’t have a high volume punching style to make up for his lack of power.

Mikey has always been miserly when it comes to his punch output in the lower weight classes. He’s been able to get away with having a low punch output due to his power. But at 147, Mikey doesn’t have the power or the size to compete in this division.