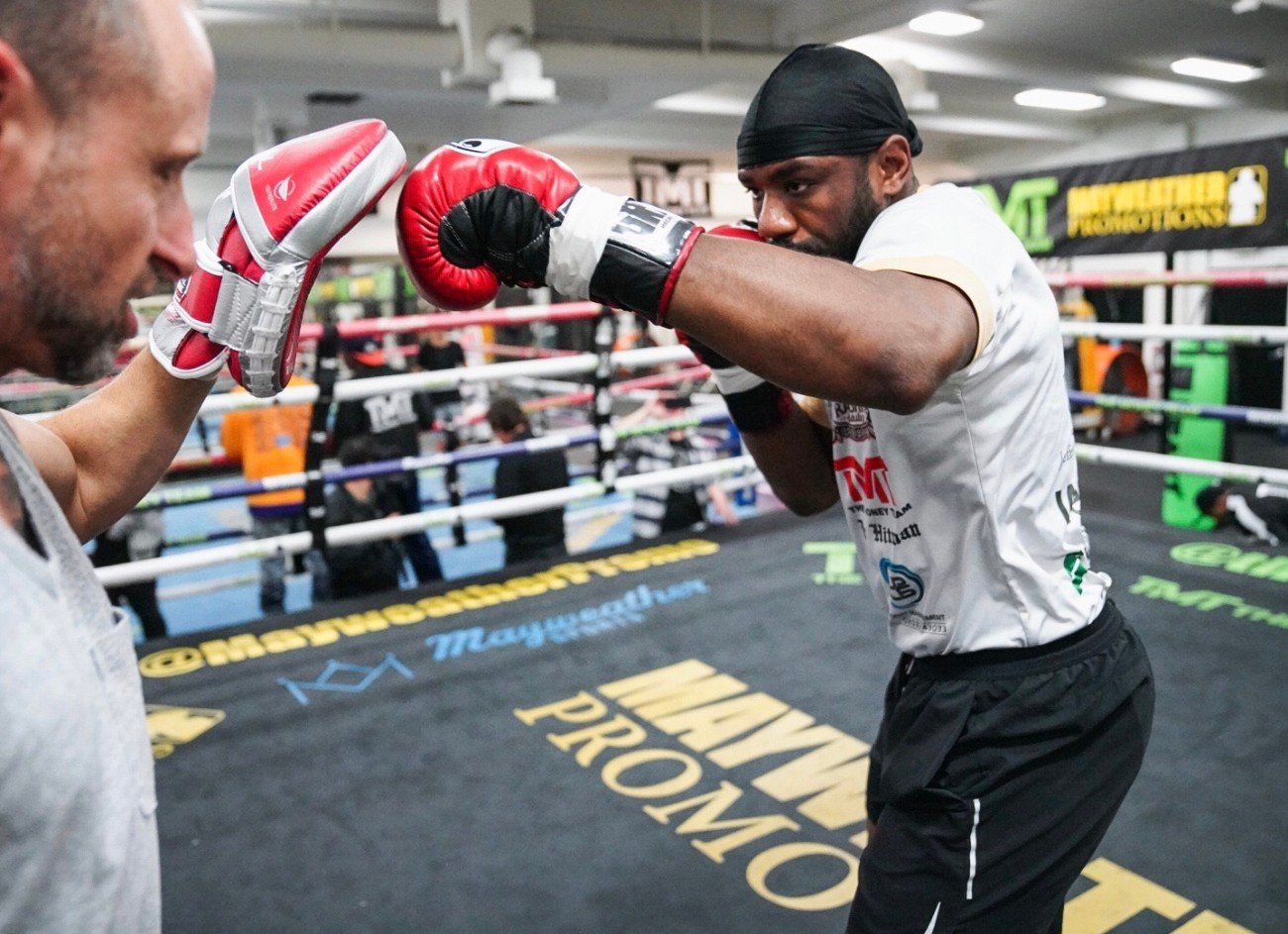 Veteran contender Lionell “Lonnie B” Thompson previewed his upcoming showdown from his training camp as he prepares to take on former champion Jose Uzcategui live on SHOWTIME Saturday, December 28 from the award-winning State Farm Arena in Atlanta.

The Premier Boxing Champions event is headlined by boxing’s hottest attraction Gervonta “Tank” Davis as he moves up in weight to take on former unified champion Yuriorkis Gamboa for the vacant WBA Lightweight Title.

Tickets for the event, which is promoted by Mayweather Promotions, GTD Promotions and TGB Promotions, are on sale and available through Ticketmaster.com.

For Thompson, it will be his debut fight at 168 pounds, after fighting in the light heavyweight division throughout his career. Here is what Thompson had to say about his new division, his December 28 opponent and more, from training camp at Mayweather Boxing Club in Las Vegas:

“I’m not worried about his power. I’ve been in there with big punchers my whole career. I’m just ready to perform. I’m not worried about what he can do. I’m just concentrating on what I can do. Everyone can punch in the pros. One punch from anyone can hurt you. I’m fully focused on being excellent on December 28.

“We’re working hard. It’s a new weight class for me and that’s motivating me even more to be my best. This win is going to do wonders for my life and career. I believe I’ll be victorious in Atlanta. Don’t blink.

“All of my fights are important to me. Uzcategui is just another fighter. I don’t focus on what the perception of Uzcategui is. People say he’s a big puncher, but how do you know if he’s never hit you before? It’s someone’s job to pump their fighter up, but I’m only focused on what I can control.

“This is a huge opportunity for me and I’m definitely thankful to the Mayweather Promotions team for putting me in this position. When I saw that Uzcategui was looking for an opponent, I told (Mayweather Promotions CEO) Leonard Ellerbe that I wanted to fight him and he made it happen.

“I know it’s rare for someone at my age to go down in weight. I feel fresh for my age though. I’m making weight the right way and the healthy way. I think with my training camp and the challenge that Uzcategui presents, it will bring out the best of me on December 28.”

« Andy Ruiz: ‘I can’t wait to prove the HATERS wrong’