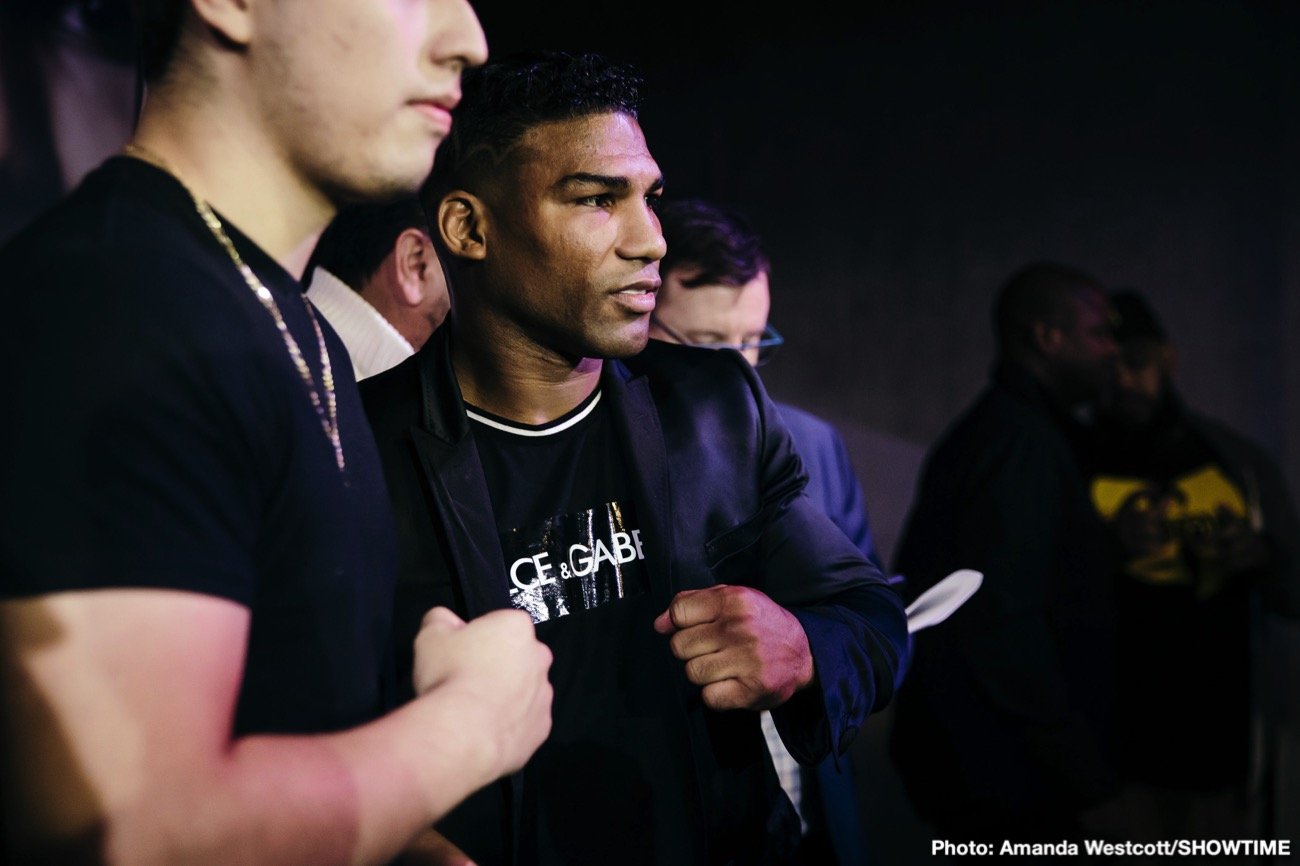 More tickets are now available for the December 28 event at the award-winning State Farm Arena that is headlined by boxing’s hottest attraction Gervonta “Tank” Davis taking on former champion Yuriorkis Gamboa in the first world title fight in Atlanta since 1998.

Good tickets are still available through www.ticketmaster.com. All tickets start at $54 and $104.

Former super middleweight world champion José “Bolivita” Uzcátegui will return to battle Lionell Thompson in a 10-round fight that opens the action live on SHOWTIME as part of a special year-end Premier Boxing Champions event.

The main event will see the two-time super featherweight champion Davis as he moves up in weight to battle the former unified champion Gamboa for the vacant WBA Lightweight Title in a show promoted by Mayweather Promotions, GTD Promotions and TGB Promotions.

The 28-year-old Uzcátegui (29-3, 24 KOs) captured the Interim IBF 168-pound world title in March 2018 by stopping top contender Andre Dirrell after eight rounds of their rematch on SHOWTIME and was elevated to full champion shortly after the bout. Originally from Venezuela but now fighting out of Tijuana, Mexico, Uzcátegui bounced back from a decision loss to Caleb Plant in his first world title defense in January by knocking out Roberto Valdez in September. Prior to defeating Dirrell, he put together a four-fight winning streak after suffering his first career loss, including an explosive knockout of then unbeaten Julius Jackson.

“Everyone will see the real ‘Bolivita’ on December 28 in Atlanta,” said Uzcátegui. “I’m very excited for this fight announcement and I’m thankful to everyone involved in making this happen. I’m going to be 100 percent ready for anything that my opponent brings and show the best version of myself. I’m ready to finish this year on a high and positive note with a win against Thompson.”

Born in Buffalo, New York and now fighting out of Las Vegas, Thompson (21-5, 12 KOs) has won back-to-back fights by stopping Scott Sigmon in September and winning a 10-round decision over Derrick Findley in 2018. The 34-year-old owns victories over tough prospects Earl Newman and Steve Lovett and has come up short in tough fights against stiff competition including Sergey Kovalev, Edwin Rodriguez and Radivoje Kalajdzic.

“This is a huge opportunity for me and I’m thankful my team got me this fight,” said Thompson. “Some people told me I’m too small for light heavyweight, so I made the decision to come down to 168. The only real fight I see is to make weight the right way. They say he’s a big puncher, but I can punch too. I’ve hung in there with the best of the best again and again. It’s the guys who come to fight that really bring the best out of me so if he comes to fight, this will be a great fight for the fans.”