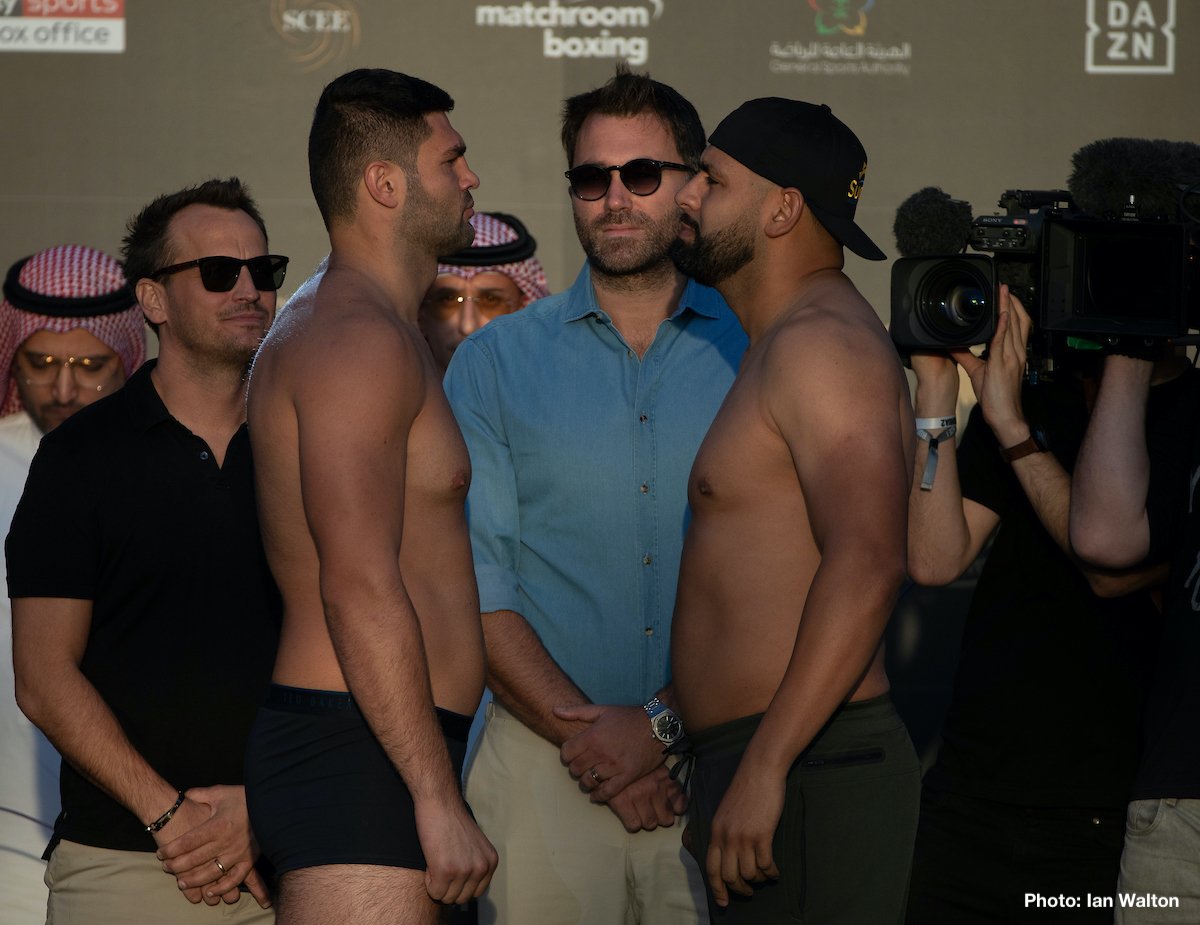 Hrgović, who fights on the undercard of the huge heavyweight rematch between Andy Ruiz Jr and Anthony Joshua, tipped the scales at 109.32 kg, while his opponent Molina came in heavier at 112.49 kg.

“I feel very good,” said Hrgović. “This is my biggest fight so far but I believe 100% that I can beat him if I put in my very best performance. I don’t think it will be easy but I am ready. I can throw a lot of punches, I have fast hands and I can take a punch, if necessary. I know I have the skillset to win.”

Hrgović is backing Joshua to regain his belts in Saturday’s main event, and having already earned top ten rankings, the 27-year-old is aware his World Title shot could come soon, but acknowledges first he must get past Molina.

“I think Joshua wasn’t himself in the first fight,” he says. “You could see he was under pressure. I think the things around him, the money and fame, took a part and he lost focus. Now, I think he has that back and he will win the rematch and show that he is a big champion. If he doesn’t win, I expect him to retire.

“In boxing anything can happen. Andy Ruiz was only one place ahead of me when his chance came and he took advantage of it. I’m already top ten in the rankings so my chance could come very soon, but first I must win on Saturday.”

“Filip looks in great shape,” said promoter Nisse Sauerland. “He is fully focused and ready to go. This is a great opportunity for him to announce himself on the World stage. We believe he is the best fighter in the heavyweight division and tomorrow night he has the chance to show that.”

Hrgovic-Molina features on the undercard of the unified World Heavyweight Championship fight between Andy Ruiz Jr and Anthony Joshua which tops a stacked event at the Diriyah Arena, Saudi Arabia. Also on the card are heavyweight clashes between Alexander Povetkin and Michael Hunter, Dillian Whyte against Mariusz Wach, Mahammadrasul Majidov vs Tom Little and more. All the action will be available to watch on DAZN in the US and other territories, RTL in Croatia and Sky Sports in the UK.