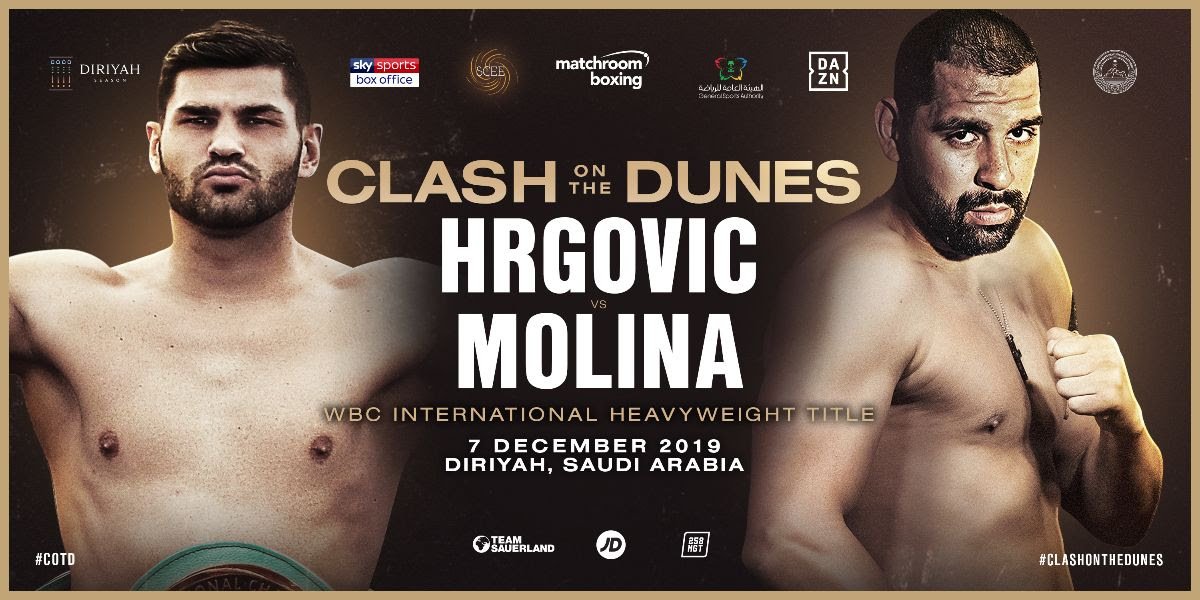 The Croatian boxing sensation has been in Miami preparing under the tutelage of Diaz for the fifth time in his professional career, and is looking to make a statement on the biggest stage as he fights on the undercard of Anthony Joshua’s hotly anticipated rematch against Andy Ruiz Jr for the status of Unified Heavyweight World Champion.

Ahead of his tenth professional fight, Diaz says Hrgović has had the perfect training camp and is promising fans a glimpse of the future success they will share together.

“Filip is one of the most serious and focused champions I have ever worked with. He enjoys training and is totally focused,” said Diaz.

“Training camp is going fantastic! Spirits are high and everyone’s goals are perfectly aligned, we are definitely on the hunt.

“Filip has developed into a greater technical, physical and mental fighter and with this being our fifth fight together I believe our chemistry has really grown into something that everyone will see on December 7th in the ‘Clash on the Dunes’.

“Everything happens when the time is right, for Filip and our team our focus is the World Title. Training is based on that goal.” 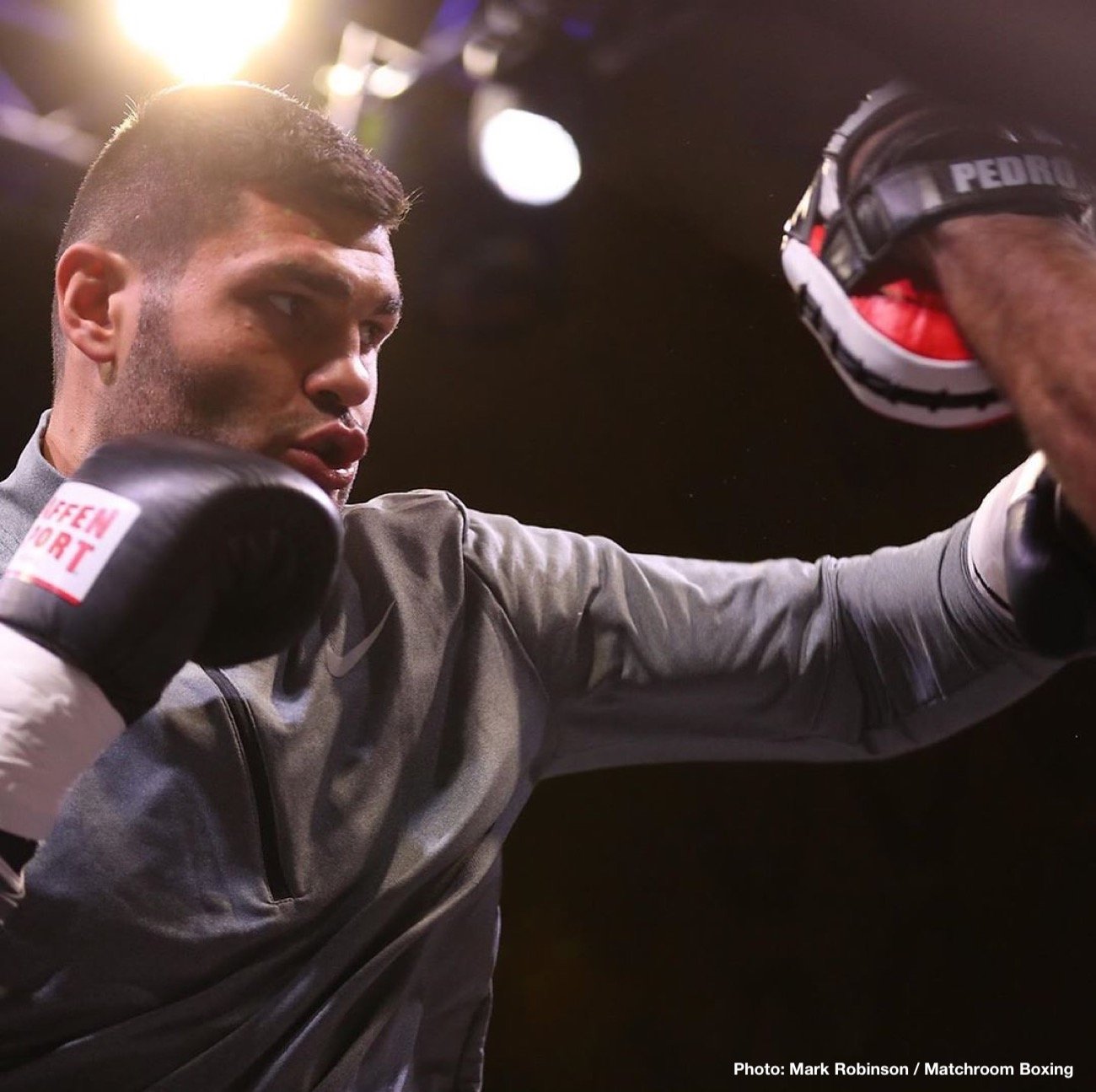 The experienced Frenchman has been in Miami sparring Hrgović, alongside undefeated British heavyweight prospect Fabio Wardley and top Belgian cruiserweight Joel Tambwe Djeko, ahead of his WBC International Title clash with Eric Molina (27-5, 19 KOs) on December 7th at the purpose built Diriyah Arena in Saudi Arabia.

Duhaupas, who first encountered Hrgović at a Wladimir Klitschko training camp in Austria, says he has been impressed with the fast rising Croatian star, and states his ‘style and ability’ are similar to the elder Klitschko brother Vitali.

“I first met Filip at the Klitschko camp in Austria and he impressed me,” said Duhaupas. “He has a good right hand, fast and strong, and you can see he aims to become a World Champion. I smell it in him. His style and ability are similar to Vitali Klitschko.

Duhaupas is renowned for fighting some of the heavyweight division’s elite talent having faced the likes of Deontay Wilder, Alexander Povetkin and Jarrell Miller, and believes Hrgović is now ready to face similar big names.

“Deontay is a killer, but Filip already has a good right hand and maybe in one year with more muscle and power he could punch as hard as Wilder,” says Duhaupas. “With good mental and physical preparation, I believe Filip could win by KO against Miller or Povetkin.”

“It’s a really big opportunity for him,” he says. “When you are a good boxer with a good team you don’t care about travel, you only care about winning your fight. Filip wants to fight and he knows what he wants to achieve, I am very happy to train with him because his mentality is similar to mine.”

Hrgovic-Molina features on the undercard of the unified World Heavyweight Championship fight between Andy Ruiz Jr and Anthony Joshua which tops a stacked event at the Diriyah Arena, Saudi Arabia.

Also on the card are heavyweight clashes between Alexander Povetkin and Michael Hunter, Dillian Whyte against Mariusz Wach, Mahammadrasul Majidov vs Tom Little and more. All the action will be available to watch on DAZN in the US and other territories, RTL in Croatia and Sky Sports in the UK. 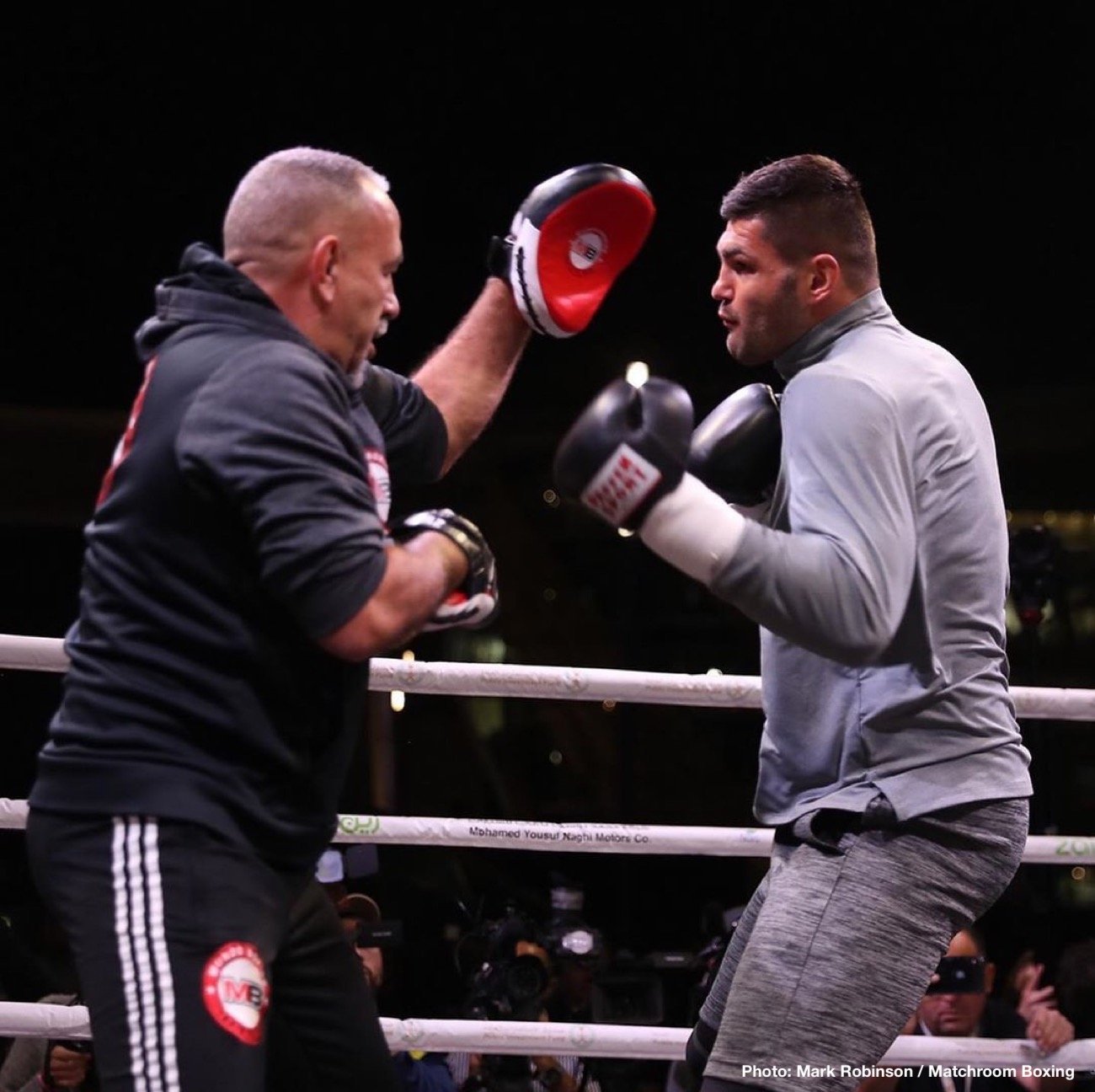 Ruiz Threatens To Beat Joshua “Even Faster” In Saudi Arabia »