Ohara Davies calm ahead of the huge #GoldenContract campaign 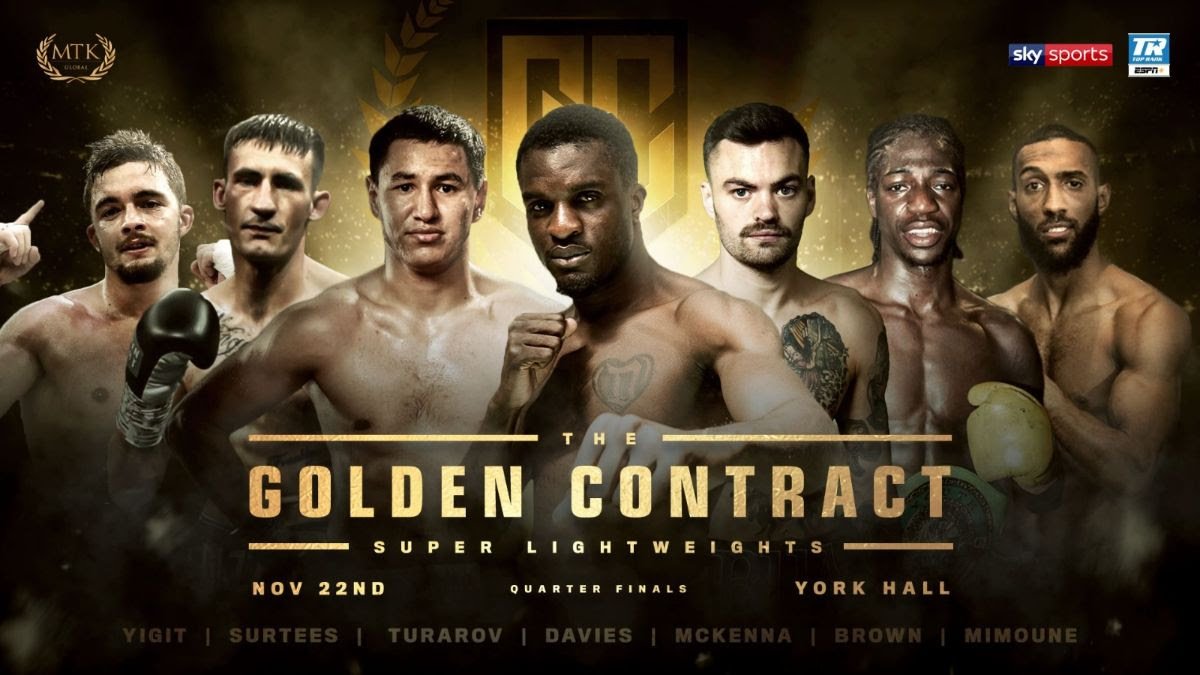 Ohara Davies is full of renewed vigour after returning to trainer Tony Cesay.

Cesay – a famous amateur who won the 1999 national senior championships – worked with Davies in his youth and has returned to guide the powerful ‘Two Tanks’ ahead of the #GoldenContract tournament.

As he prepares to enter the draw for next weekend’s hotly-anticipated quarter-finals at York Hall, Davies has paid tribute to a life-long mentor.

Davies said: “Tony means a lot to me. He’s the closest thing I’ve ever had to a father figure.

“When I was young and in trouble, he got me into boxing. It kept me off the streets and he made sure I couldn’t go back there to sell drugs and fight. I had to be in the gym.

“As I got older, we went our separate ways because I thought I knew better but as the story of the prodigal son goes, now I’m back.

“Tony has had a big impact on my career the last few months and it has been so positive. He reminds to work hard and focus properly every day.

“I listen to Tony when he tells me how to rest as well. He says I should be at home on the couch and not out in restaurants and bars living the life of a player. I have to live the life of a fighter and train like a warrior.

“I’ve seen improvements in my sparring, my fitness and my confidence. This is the best shape I’ve been in during my five years as a fighter. I’m a totally different animal and I’m excited.“

The quarter-finals of the super-lightweight #GoldenContract tournament will take place at London’s York Hall on November 22.

With the featherweight event-opener at the same venue on October 4, the 140lb hopefuls will open their campaigns there just seven weeks later – live on Sky Sports in the UK in association with Matchroom and on ESPN+ in the U.S in association with Top Rank.

Sky Sports Head of Boxing Adam Smith said: “We were delighted to add The Golden Contract to our live schedule last week – and the super-lightweights should provide a barnstorming show in Bethnal Green.

“Some of the fighters have already displayed their qualities on Sky Sports shows, but there are also some new faces to look out for! It’s difficult to pick a winner from this really exciting crop and we’ll undoubtedly witness a few upsets, along with plenty of drama.”

MTK Global President Bob Yalen said: “We’re delighted to announce the second date of this event in the quarter-finals for the super-lightweights. So far, the feedback to this format has been excellent and it seems to have caught the imagination not just of the UK domestic scene but the wider boxing world.

“The tournament at 140lbs seems to have a perfect blend of established names, champions, prospects and some international dangermen who are heading for London to try and propel themselves to stardom. We can’t wait.”

Top Rank founder Bob Arum said: “The winner of the Golden Contract will establish himself as a force in the super-lightweight division.

“We are excited that the tournament will stream live on ESPN+ – giving these fighters a chance to shine in front of an American audience.”

Head of Matchroom Boxing Eddie Hearn said: “The 140lb division is red-hot both domestically and internationally and in October, Sky Sports has the best of it.

“The fighters in the Golden Contract have a great chance to gatecrash both these scenes. It’s a great line-up that’ll be full of drama.”

MTK Global Professional Development Coordinator Jamie Conlan added: “It’s going to be another great night at London’s most iconic boxing stronghold. What a group of fighters this is at 140lb – and the exciting thing is there’s still one more to be added to the mix!

“There are so many intriguing possible quarter-final match-ups here and the place will be absolutely rocking on the night as the hopefuls bid to take the first step towards that life-changing Golden Contract.”

News of the final contestant at 140lb plus further fights and fighters on the bill will be published in due course.