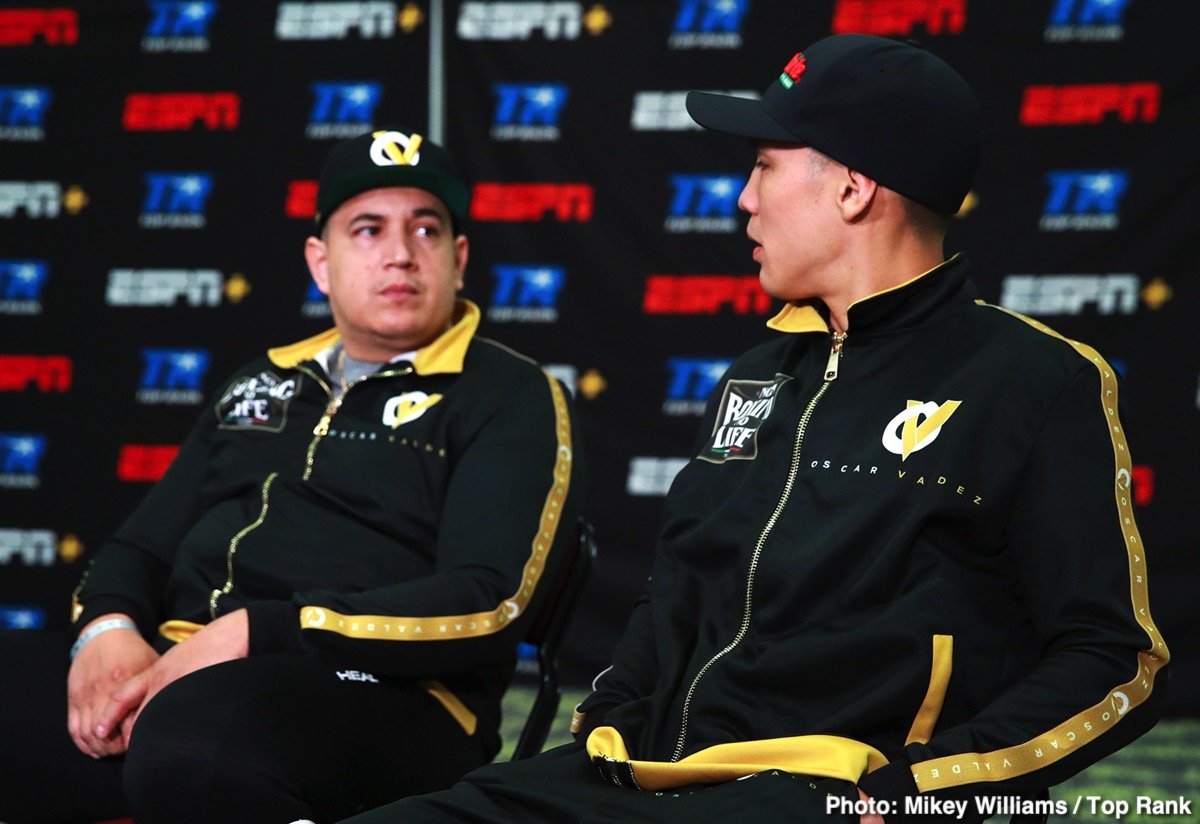 By Kenneth Friedland: Carl Frampton and Oscar Valdez will be looking to earn world title shots this Saturday in their respective fights on ESPN+ at the Cosmopolitan of Las Vegas, in Las Vegas, Nevada. The action for the main portion of the ESPN+ card will begin at 10:00 p.m., ET.

Both former world champions will be fighting for the first fight at super featherweight on this Top Rank card.

That was a tough fight for the 32-year-old Frampton to lose, as he was hoping to take Warrington’s IBF belt from him, and then look to face the other champions. What the fight showed Frampton is he’d become too big for the 126-lb division, and needed to move up to 130.

If Frampton beats McCreary, he’ll be challenging WBO super featherweight champion Jamel Herring next, according to ESPN. This is Top Rank boss Bob Arum’s idea. He promotes both Herring and Frampton, so making the fight will be easy, and it’s one that will be a win-win situation for Top Rank.

Although 2012 Olympian Valdez was an amazing fighter at featherweight, he’ll have his work cut out for him against Berchelt. He’s a much tougher fighter than anyone that Valdez has faced as a professional or as an amateur.

Frampton, 32, has a better chance of winning a world title than Valdez, because Herring is flawed, and he’s someone that matches up well. As long as Frampton isn’t weight drained, he stand a good chance of beating Herring. But before he thinks about Herring, Frampton needs to defeat the upset-minded McCreary on Saturday night.

“I want Alacran Berchelt and he has that WBC belt. That is my dream bout,” said Valdez to Fightnews.com. “There is just something about that belt. Julio Cesar Chavez, Erik Morales those are my idols they’ve had those belts and I’d like to do the same.”

It helps Arum that Valdez and his trainer Eddy Reynoso both want the Berchelt fight next, because he won’t have to drag them into the fight. They both want that match, since they felt that’s one that they can win. Valdez is an amazing fighter, who can both slug and defend. For him to beat Berchelt, he’ll need to be able to make frequent adjustments to come up with something that works.

“They told me they want Berchelt after this fight,” Arum said ESPN.com. “They said, ‘Bob, this is an order. We want you to get Berchelt and we want that to be the next fight.'”