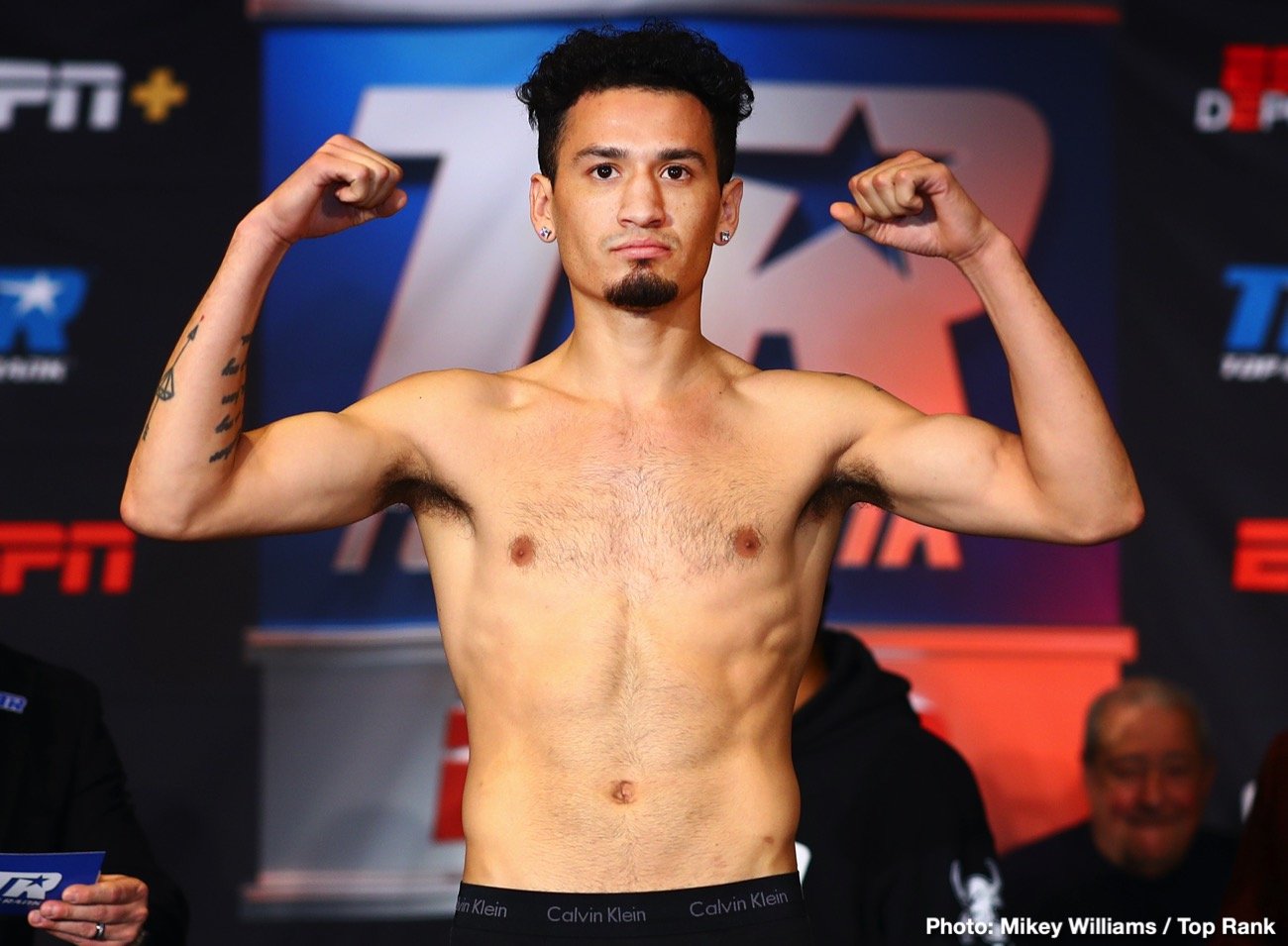 By Chris Williams: Oscar Valdez will be facing replacement opponent Adam Lopez (13-1, 6 KOs) in the headliner bout this Saturday on ESPN at the Cosmopolitan of Las Vegas, in Las Vegas. Lopez, 23, will step in toe replace Andres Gutierrez as Valdez’s opponent after he weighed 11 lbs over the super featherweight limit at 141 lbs at Friday’s weigh-in.

Fortunately for Valdez (26-0, 20 KOs), Lopez was already fighting on the undercard, and was willing to face him in the main event. Lopez was scheduled to fight Luis Coria in a 10 round fight on the card.

Adam Lopez moves up from undercard to face Valdez

So it was just a matter of having Lopez, who goes by the nickname “Bluenose” to move up to the headliner to face Valdez. It’s likely Top rank is giving Lopez a nice bump in pay for him taking on the talented Valdez. Coria will be paid off by Top Rank for him losing out on his fight against Lopez, according to promoter Bob Arum.

It’s not a great fight for former WBO featherweight champion Valdez to be facing 2nd tier fighter Lopez, but there weren’t any options. It either fight Lopez or not fight at all.

“This guy [Gutierrez], 141, we’re throwing him out of the hotel. I’ve seen a guy 2 or 3 lbs overweight, that’s still unprofessional. But to come in 11 lbs in overweight, it’s a f—- disgrace. I’ve never seen anything like it. He [Gutierrez] at the last minute, I don’t know, but it’s disgraceful.

“We’re going to talk to Adam Lopez, a good fighter, and pay his opponent off, and have Lopez take the fight. Valdez trained his a– off for this fight, and then for the guy to come in 11 lbs overweight is a disgrace. I’m not allowing, and neither is the commission for the fight to go ahead at 130 with one guy coming in 11 lbs over that.

“You’re not allowed. There are rules. Scott Quigg came in a little over. So that wasn’t good, and it wasn’t professional, but it was tolerable,” said Arum talking about how Quigg came in 2 1/2 lbs over the featherweight limit at 128 1/2 lbs for his fight against Valdez last year on March 10, 2018.

“Coming in 11 lbs over is a joke. 11, the [Nevada State Athletic] Commission wouldn’t allow the fight. That’s up to the Commission. I don’t suspend anybody. I just won’t ever use him or use any of the people that made the fight for him,” said Arum. 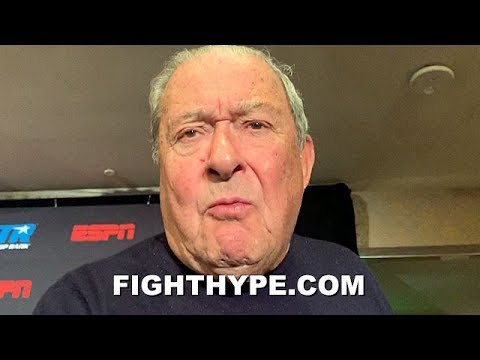 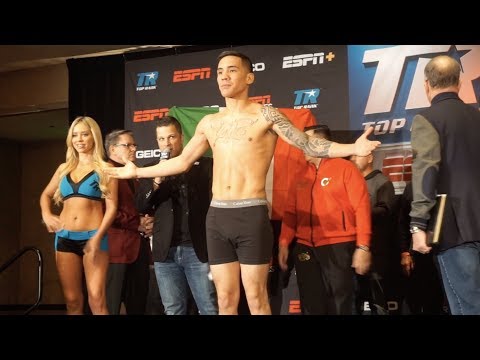