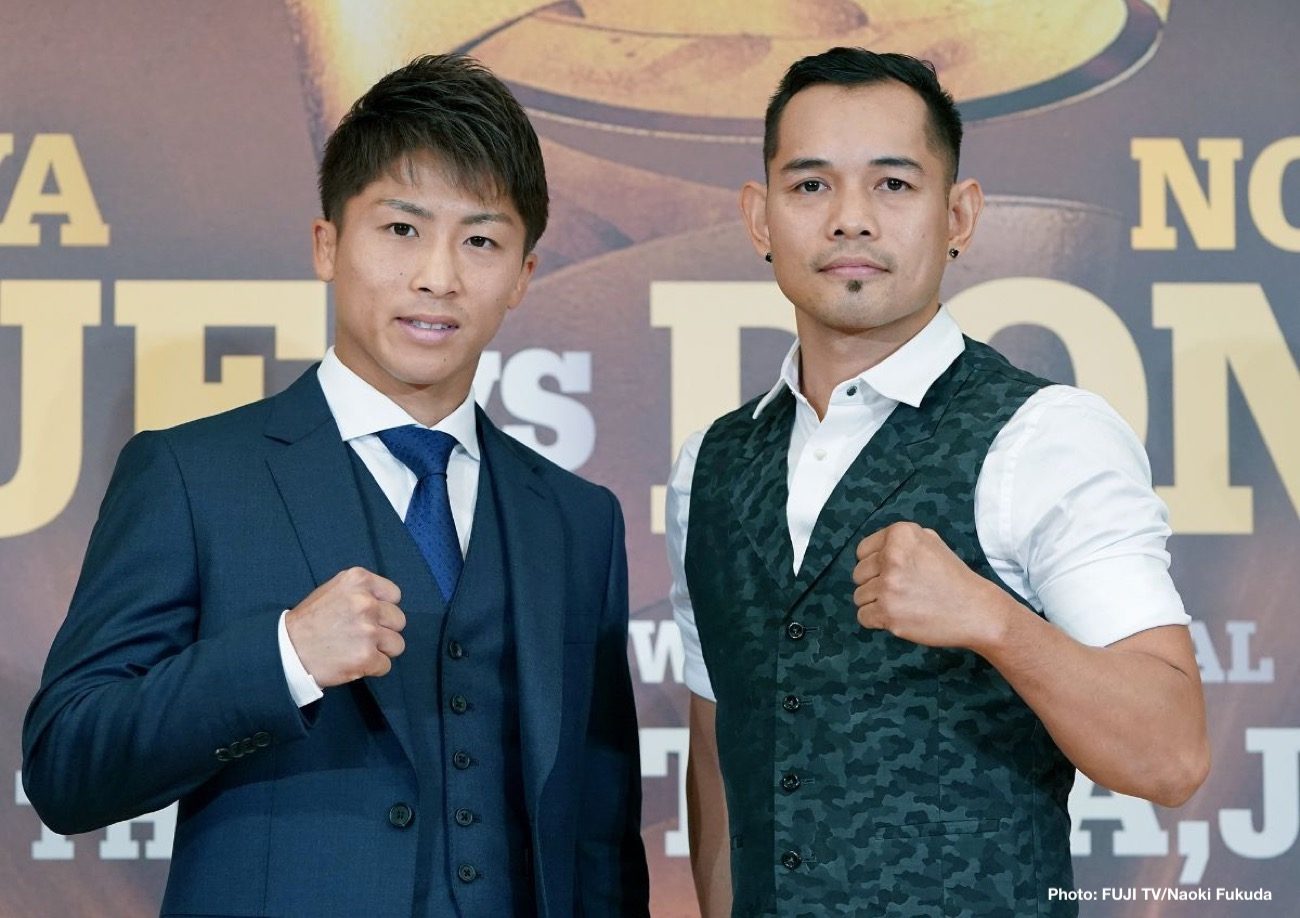 Donaire: Fighting a monster is a big motivation

The bantamweight finalists are both fearsome knockout artists who can stop their opponents, but Inoue’s total fight time of 5 minutes and 29 seconds in the World Boxing Super Series has turned him into the man of the hour.

“Fighting one of the world’s best boxers who have grown into a monster is a big motivation,” said Donaire, a multiple world champion in four weight classes.

Despite his impressive merits, strong performances in the WBSS and status as WBC Diamond and WBA ‘Super’ Champion, ‘The Filipino Flash’ does not enter the ‘Drama in Saitama’ as a favourite against the IBF World and WBA ‘Regular’ champ. But he strongly believes in delivering a result that will reverberate around the world.

“I’m just very excited,” said the 36-year-old. “I don’t see myself with any disadvantages going into the final.

“I will give everything I have to win and I believe I can do it. It has been predicted that the keys to the fight are speed and power and the one who makes a mistake first will lose. On the other hand, we both have boxing brains, so it can be a long game like chess.”

Comosa AG, the organizer of the World Boxing Super Series, is delighted to travel to Japan for the bantamweight final.

“The Muhammad Ali Trophy and the best production in boxing arrive in the Land of the Rising Sun for a huge spectacle,” said Kalle Sauerland, Comosa’s Chief Boxing Officer. “Two bonafide superstars are going to find out who is the very best in the division and bring home the Ali Trophy.

Naoya Inoue is a freak of nature says Sauerland

“Inoue has proved why he is called the Monster, he is a freak of nature, his power from another planet, and the already iconic Donaire, who produced one of the knockouts of the year in his semi-final, is looking as strong as ever in the twilight of his career.

“What a duel, what a conclusion and what an arena. We simply can’t wait to see who of these gladiators will lift the Trophy on November 7!”

Inoue and Donaire have both impressed in the bantamweight edition of the World Boxing Super Series on their way to the final to fight for the coveted Muhammad Ali Trophy.

Inoue has sent shockwaves throughout boxing and the wider world of sport with his quarter-final and semi-final performances. The three-weight champ, and current WBA ‘Regular’ and IBF World Bantamweight titlist was already a well-known name in boxing but has become almost a paranormal phenomenon in the quest for the greatest prize in boxing.

Inoue coming off a pair of quick knockout wins

Late last year after his famous, electrifying jab-cross’ and ‘Gone in 70 seconds’ win over Juan Carlos Payano, the 26-year-old became the first Japanese national to occupy The Ring cover since the magazine’s foundation in 1922, and following a stunning second-round stoppage of Emmanuel Rodriguez in the semi-final he bolstered his reputation to the top of the pound-for-pound ranks.

The ‘Monster’s total fight time in the tournament is incredible 5 minutes and 29 seconds. Of Inoue’s 18 bouts, impressively 13 were for the world title, but his biggest test to date lies ahead in the shape of Nonito Donaire, the WBC Diamond and WBA ‘Super’ World Bantamweight Champion, who has held multiple world championships in four weight classes.

“I can’t wait for the final,” said Inoue. “Donaire is to me a legend in the sport of boxing, and I am honoured to be sharing the ring with him in the final. But I will do my very best to win against the legend to claim the Ali trophy.”

Said Mr. Ohashi, Inoue’s promoter: “Inoue is known as The Monster’ and Nonito Donaire is a legend in the sport. I have always felt these two were destined to fight in the ring. It will be a spectacular finale of a great tournament.”

Donaire won his quarter-final, as tournament No 1. seed Ryan Burnett was forced to retire from after four rounds of action due to a lower back injury. And the 36-year-old scored a stunning one-punch 6th round knockout of American Stephon Young in the semi-final; a devastating left hook put Young down and out – after the original opponent, Zolani Tete, had to pull out with a shoulder injury only days before the bout.

Donaire said before watching Inoue’s semi-final against Emmanuel Rodriguez: “Inoue has always supported me in this tournament and we have an unspoken thing that we wanted to face each other in the final.”

On November 7 at the Saitama Super Arena, one of the largest indoor arenas in the world, just north of Tokyo, it’s Judgement Day for the ‘Monster’ and ‘The Filipino Flash’.

Donaire: I saw flaws in Inoue

“I am looking forward to the final in Japan and a great fight,“ said Donaire. “I have fought several world champions, and I will come well prepared. Inoue is an amazing fighter, but I saw flaws in his semi-final, and I think I can definitely create a game plan against him and win the Ali Trophy.”

Said Richard Schaefer, CEO of Ringstar Sports, Donaire’s promoter: “November 7 will be a monstrous night for boxing! They call Inoue ‘The Monster’ but Nonito Donaire is undefeated at bantamweight. He is the real Monster and will yet again show the world why he is a true legend of the sport!”


« Jerwin Ancajas vs. Jonathan Rodriguez cancelled due to visa problems