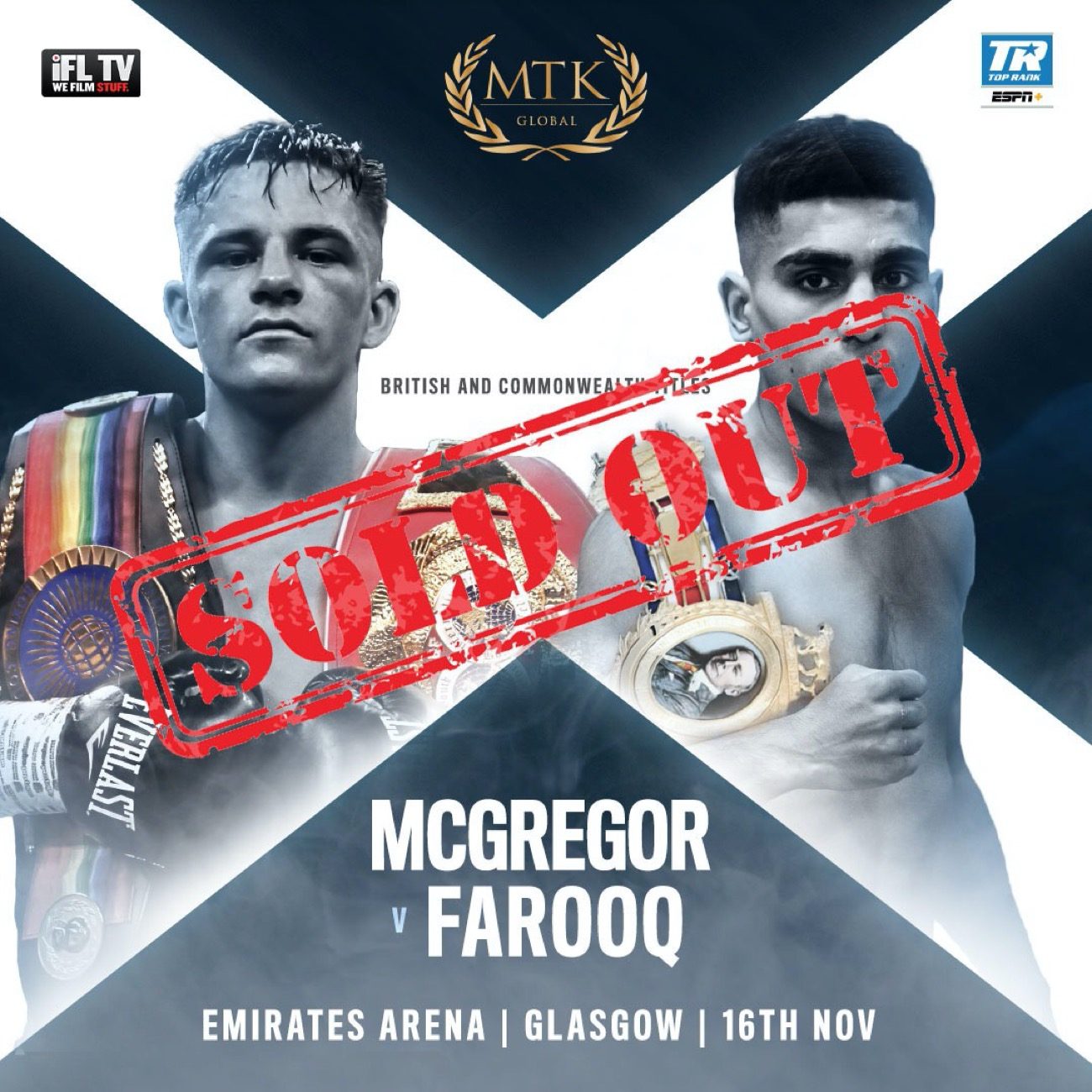 It’s the all-Scottish fight that has the whole of boxing talking – and here are the final presser quotes.

Commonwealth champion Lee McGregor (7-0, 6 KOs) and British bantamweight king Kash Farooq (13-0, 6 KOs) bring their belts to the table on the #MTKFightNight at Glasgow’s Emirates Arena – live on ESPN+ in association with Top Rank and on iFL TV worldwide.

As they draw closer to slots on a colossal stage, challenges were laid down at an intense final press conference.

Here’s what they had to say… 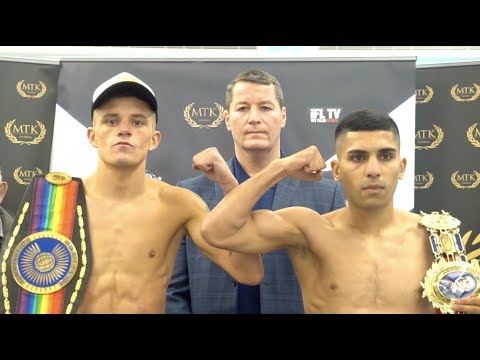 MARK McKEOWN: “I believe this is what I was born to do and I’m really looking forward to making my debut on such a big stage.

“It’s great to see Scottish boxing on a high with Josh Taylor’s win and now this bill and I’m excited to be part of it.”

ANDY LEE: “We’re happy to be here in Scotland and we’d like to thank MTK Global and Top Rank. We’re looking forward the fight.

“Paddy has much more to show on Saturday night.”

PADDY DONOVAN: “My opponent Danny Mendoza is tough and strong but technically, I’m better than him.

“We’re moving well and we’re moving fast but it’s one fight at time. Andy is my manager so whenever he wants to move, we move.”

TOMMY PHILBIN: “It’s going to be great. I had a long time out of the ring and came back with a six-rounder in May. I’m looking forward to getting back in there and everything’s good.

KIERAN SMITH: “It’s a massive test. He’s 16-0 and he’s coming over here to try and upset the apple-cart but I can’t see him doing it.

“The big shots are coming around the corner in 2020 but my full focus is on this on Saturday night. I need to get past this and then move on to that. I’m hoping to steal the show.”

CRAIG DICKSON: “The simple thing with Kash is hard work. From the minute I started training him, you could see the dedication. I’ve been boxing a long time and never met anyone as disciplined. I believe it pays dividends on Saturday night.

“Kash is relaxed outside the ring but I can assure you once the bell goes, he’s a different animal. When that bell goes, he’ll stand face-to-face with Lee and he’ll come out the winner.”

GRANT SMITH: “Lee has always had fire in his belly. He’s worked hard. Believe me. All top fighters work hard and that’s why they reach the top. It’s a good for boxing this; not just Scotland.

“There are some very good fighters in our stable and they train day in day out together. I believe Lee will be the bigger man, the stronger man in there on the night and win.”

KASH FAROOQ: “We never knew we were going to meet each other but now our paths has crossed and here we are.

“I won the British title outright so all that’s motivating me is winning this fight. Who’s the best in Scotland? Who’s the best in Britain? I’ll block everything out on the night and I believe I’ll come out victorious.”

LEE McGREGOR: “You have to switch off the friends mentality but it’s easy for the both of us to do it because we know what’s at stake. The winner has got some life-changing opportunities. Defeat is simply not happening.

“I believe people are underestimating my boxing ability. I travelled the world as an amateur and beat some of the best in the world. I can box. I can also fight. If the going gets tough, I can dig really deep. We’ll see what happens but I’m prepared for deep waters on Saturday.” 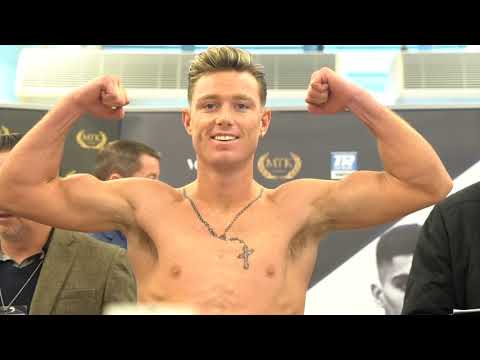 Paddy Donovan is eager to show off further facets of his talent on Saturday’s SOLD OUT show in Glasgow.

The gifted Limerick welterweight won 13 (thirteen) national titles as an amateur and snatched headlines with a ruthless debut stoppage win on the #MTKFightNight in Belfast last month.

Now as he heads for the undercard of the all-Scottish British & Commonwealth title showdown between Lee McGregor and Kash Farooq that has boxing talking, Donovan is hunting improvement.

Donovan, who is trained and managed by Andy Lee and promoted by US giants Top Rank, said: “I’m physically in great shape since my last fight and that has made things easier.

“We’ve been working on a lot of things and I’m doing all I can to improve my boxing skills. Everything Andy is teaching me I’m trying to perfect. We have a long road ahead but things are going well.

“Scotland is a great boxing country that has produce some great fighters down the years and that’s true of right now as well.

“I fought in Scotland back in 2011 and I’m looking forward to doing so again. I’ve heard it’s a great venue the Emirates Arena and I know it’s sold out so I’m pretty sure the fans will be electric on the night.

“I’ll be wearing my Celtic jersey when I land over there just to let them all know that the Irish Paddy has arrived!” 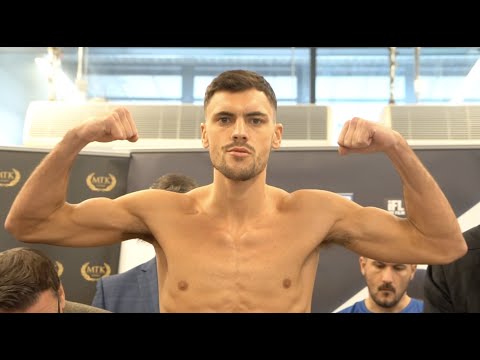 Weigh In Results and Running Order


« Thanderz vs Ramos, Havnaa vs Gudino Official Weigh In Results