Julian Williams defends against Jeison Rosario on Jan.18 on FOX in Philadelphia 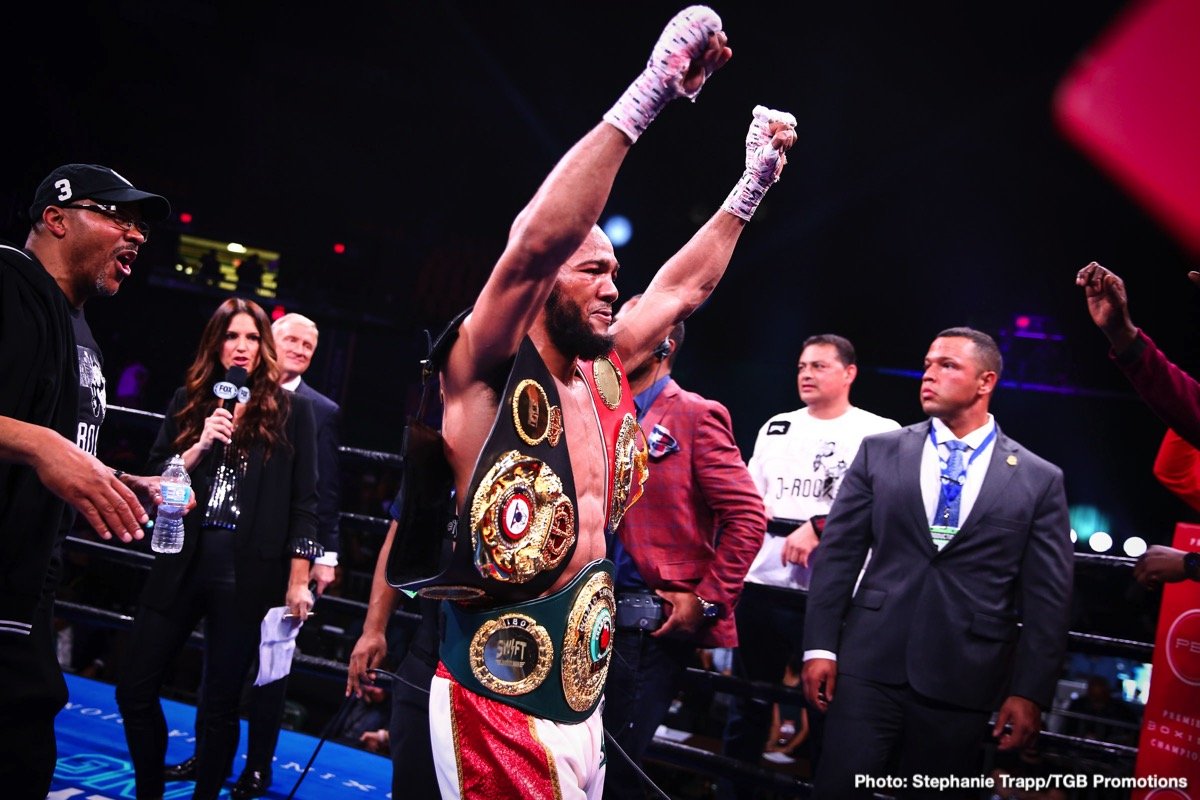 By Robert Addams: Julian ‘J-Rock’ Williams will be defending his IBF/WBA junior middleweight titles against #7 IBF & #13 WBA Jeison Rosario (19-1-1, 13 KOs) on January 18 LIVE on FOX Sports at the Liacouras Center, in Philadelphia.

This will be the 29-year-old J-Rock Williams’ first defense of his IBF/WBA 154-lb titles that he won last May in beating Jarrett Hurd by a 12 round unanimous decision in Fairfax, Virgina.

J-Rock has turned his career around with five consecutive wins since his 5th round knockout loss to Jermall Charlo on December 10, 2016. Charlo had too much power for Williams at the time. This is the bigger of the two Charlo brothers. Jermall is the one with the punching power.

Williams will be the favorite to defeat Rosario.

Hurd turned down rematch against Williams

The scores were 116-111, 115-112 and 115-112. Williams hasn’t fought since ripping the titles away from the always tough Hurd in an exciting match from start to finish. Hurd had the option of facing Williams in a rematch to try and avenge the defeat, but he chose not to take the fight for some reason.

The 24-year-old Rosario, who comes from the Dominican Republic, isnt the fighter that the boxing public wants to see J-Rock fight. They want to see Williams fight a good contender or champion.

These are fighters that fans would enjoy seeing Williams fight:

Some of those names would give J-Rock a real run for his money if he chose to fight them next. Brook is always dangerous, as is Castano. Erickson Lubin, Adames and Madrimov would all be difficult fights for J-Rock Williams.

Rosario has won his last five fights since battling to a six round draw against Mark Anthony Hernandez last year in Febuary. Two years ago, Rosario suffered his only career loss to Nathaniel Gallimore in losing a sixth round knockout.

If Williams successfully defends his titles against Rosario, he could possibly face the winner of the Tony Harrison vs. Jermell Charlo next year. That’s a fight that would be easy to make, and it would be an interesting one for the boxing fans. they want to see the division unified into one champion.

WBO champion Jaime Munquia will likely remain off limits to J-Rock Williams for a unification match. Munguia is expected to move up to 160 to start campaining as a middleweight.